Last week, Bloc Party confirmed HYMNS to be the title of their fifth studio album. Now, more details surrounding the release have been revealed: The follow-up to 2012’s Four spans 11 tracks and is officially due out January 29th via Infectious Music/BMG/Vagrant Records.

According to a press release, the new LP is about faith and devotion, but it is not, frontman Kele Okereke insists, a religious epiphany: “I grew up in a religious house so I’m fully aware of the imagery, but I’m not Christian. It’s not something I subscribe to.” Instead, the idea for the record came to him after seeing author Hanif Kureishi (My Beautiful Laundrette, Intimacy) speak about evangelical art.

“And that point stuck with me because it seemed like for me music had originated in a religious place,” Okereke says. “The first music I ever heard was hymns at school. I started to think, if I was going to make music that had a spiritual dimension, that was sacred to me and to the things that I held important, how would I do it?” The album also marks a rebirth of sorts for the band, as it’s the first with Bloc Party’s new lineup, rounded out by Justin Harris and Louise Bartle.

On the sound of HYMNS, band member Russell Lissack notes that despite featuring “a lot of influence from electronic music,” “it’s still a very live record” and that “everything has been played, though it doesn’t necessarily sound like that.” Lead single “The Love Within”, which Bloc Party debuted a few days ago, seems to capture what Russell describes, as its radiant guitar lines can easily be mistaken for programmed synthesizers.

Check out the album artwork and tracklist below, followed by “The Love Within”. 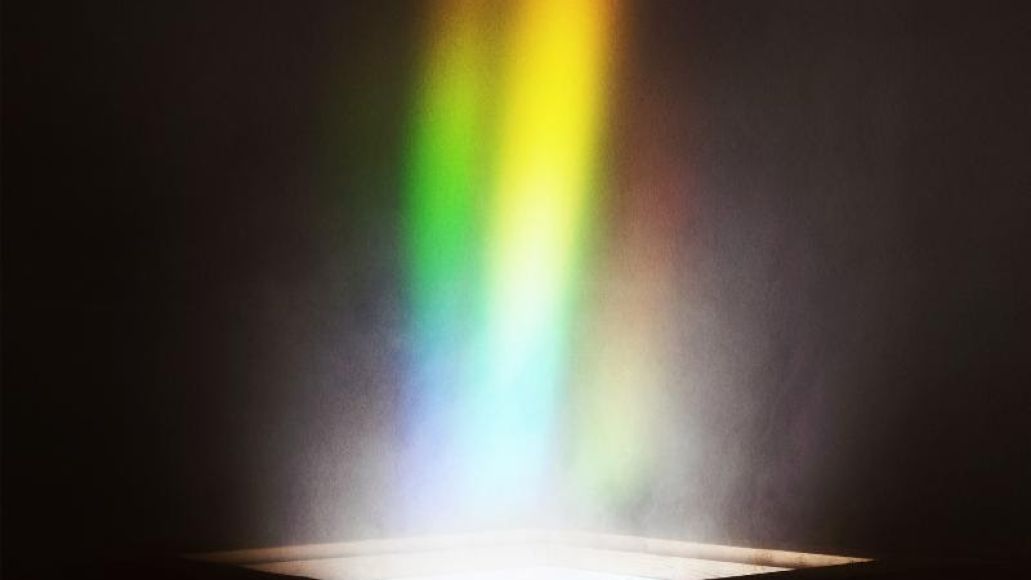