Unlike most musicians, Brand New hardly keep to any kind of schedule, the ever-elusive alt rockers surfacing whenever they see fit, sometimes waiting excruciatingly long periods of time between albums. (Hi, I’m still waiting for my lyric booklet for 2006’s Devil & God?) So, when the Long Islanders returned this past April bearing new music — their first in six years — most fans were thrilled yet still careful not to get their hopes up for album No. 5.

Fast forward to this week, however, and it looks as though Brand New enthusiasts might actually have something to celebrate — as in real, physical evidence. According to one lucky Redditor who spoke to drummer Brian Lane (see picture below; Redditor on left), the band has been holed up and hard at work on new tunes at Sonic Ranch, a studio located about 45 minutes south of El Paso, Texas, for about a week. His encounter with Lane has since been deleted from Reddit, but preserved courtesy of AbsolutePunk.net:

“Actually got to talk to Brian a bit and he said they have been recording for a little over a week and still have a few weeks left. Also Jessie [sic] [Lacey] and Vinny [sic] [Accardi] walked right past me, but had their manager was with them, so I felt awkward asking for a picture. Got to hear a recording of a guitar riff from the new album as well. Sounds very reminiscent of Deja [Entendu].” 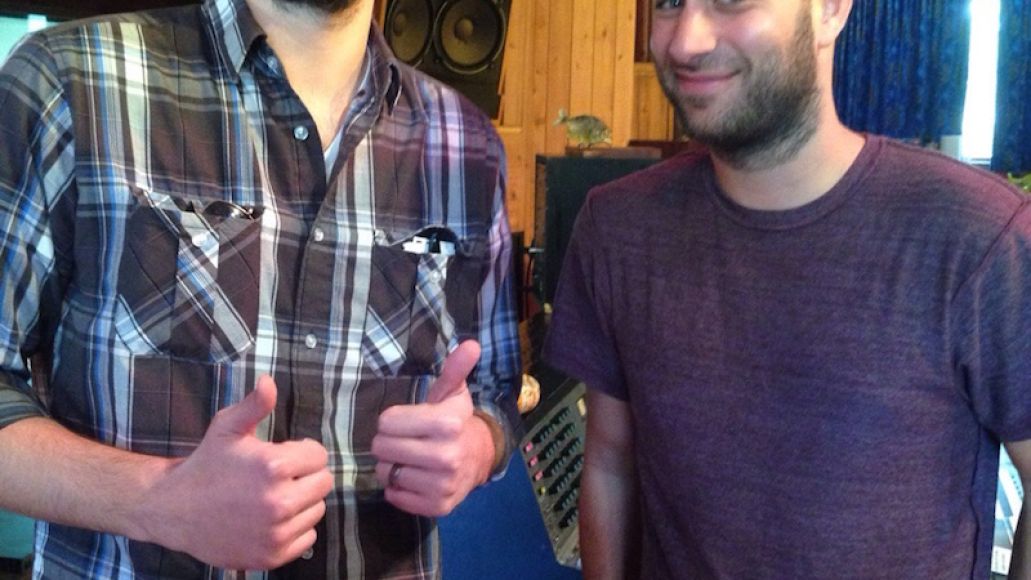 Need further proof? (If you’re a true Brand New fan, you likely responded with a resounding “yes!”) Well, it just so happens that producer Mike Sapone, who’s worked on countless Brand New records, posted a pair of pictures of the band in the studio. Feast your eyes below.

As hard as it is to believe, all signs seem to indicate that Brand New is actually, seriously in the process of recording the follow-up to 2009’s Daisy. However, every rose has its thorn, and that’s especially true for Brand New. During a concert in Nashville earlier this month, Lacey suggested the band’s 15-year-run is coming to an end, and their next record could be their final one.

“I’m gonna tell you right here and now this isn’t going to last much longer,” Lacey told the audience. “But it’s been so special for so long, and for as long as it does last we’re so grateful to all you for being here.”

The Umbrella Academy Goes Face to Face with Sparrows in Season 3 Trailer: Watch