From the outset, Chicago instrumental quintet Monobody orchestrates a carefully controlled chaos. Welding together post-rock, math rock, jazz fusion, electronica, and even prog, the band creates Frankenstein’s monsters that can’t conform to any one style because they’re too busy greedily taking from so many.

That greed has less to do with the band’s unwillingness to edit and more with the fact that their eclectic musical tastes run so deep. They work like a Venn diagram: List all the musical components you can think of, and you’ll find Monobody in the middle. “I think everyone’s goal, or personally the goal for me as a musician, is to find that area where all of those things intersect,” says guitarist Conor Mackey. “Being able to find that central location ends up being your voice.”

In another band’s hands, such an amalgamation would run the risk of failure; the merest slip could send a song careening off the rails into a cacophony. In Monobody’s capable hands, their songs not only pay homage to an array of musical traditions, but manage to craft an original voice in the process as well.

Monobody released a self-titled LP last April, and each of its six songs showcase the band’s ability to weave together their far-reaching stylistic influences. “This band is kind of like a quilt,” says Mackey. The song “Gilgamesh (R – Texas)” begins with a Tango rhythm and melody, harkening back to the 1960s Afro-Cuban jazz tradition, before using keyboard to venture beyond that standard and build out into a larger rock sound replete with synths, intricate bass lines, and pulsating rhythms.

Although Monobody’s current configuration consists of a guitarist, keyboardist, two bassists, and a drummer, the project started out rather differently. “Originally our plan for this band was to have two autonomous rhythm sections with two drummers and two bass players and a keyboardist,” says Steve Marek, one of the band’s bassists. Marek, bassist Al Costis, and keyboardist Collin Clauson approached two other Chicago musicians about forming the group, but “that quickly fell apart,” Marek explains. Rather than scrap the idea, the three adapted when Mackey and drummer Nnamdi Ogbonnaya expressed interest in playing with them.

The quintet started practicing together even with two bassists still involved. Either could have stepped away, but Marek had long wanted to play with Costis, which is why he had pursued the idea of having two rhythm sections in the first place. “I remember when I first met Al, he was probably 15 and I was probably 17, and I remember even then he was way better than me,” says Marek. “I was like, ‘Oh, I’d like to play in a band with him, but he’s a bass player, so that will never happen.’”

Chicago might be the perfect city for this exact phenomenon. “I can name a few bands that are all from Chicago that happen to have two bass players,” Marek says. “Tortoise for a while did, and Dianogah and Volta do Mar. I don’t know what it is about Chicago, but it’s a two-bass city.” Mackey, meanwhile, takes a more prosaic approach to the turn of events that led to twin bassists: “It just so happened that there were two bass players interested in playing in the band, so we ended up having two.”

The hurdle of developing different bass lines and differentiating himself from Marek while still contributing to Monobody’s overall sound attracted Costis. “It was a writing challenge to set a space outright and one that had different parts from him,” he says. “It was a fun way to write.”

As it turns out, the writing process can take some time. “It can take two weeks to write 30 seconds of music sometimes,” Costis admits. Not every song is quite so complex, but Mackey composes the structure for most of them, and he tends towards intricacy and nuance. It all takes some working out. Marek explains, “Once we have a structure, there will be one-on-one sessions to develop our parts, and then once we’re all at least relatively comfortable with the structure, we’ll come together as a group and really finalize it.” There’s no rush involved, though, no pressure to consistently and constantly produce new music. “That takes time, Clauson says. “You can’t do it overnight.” 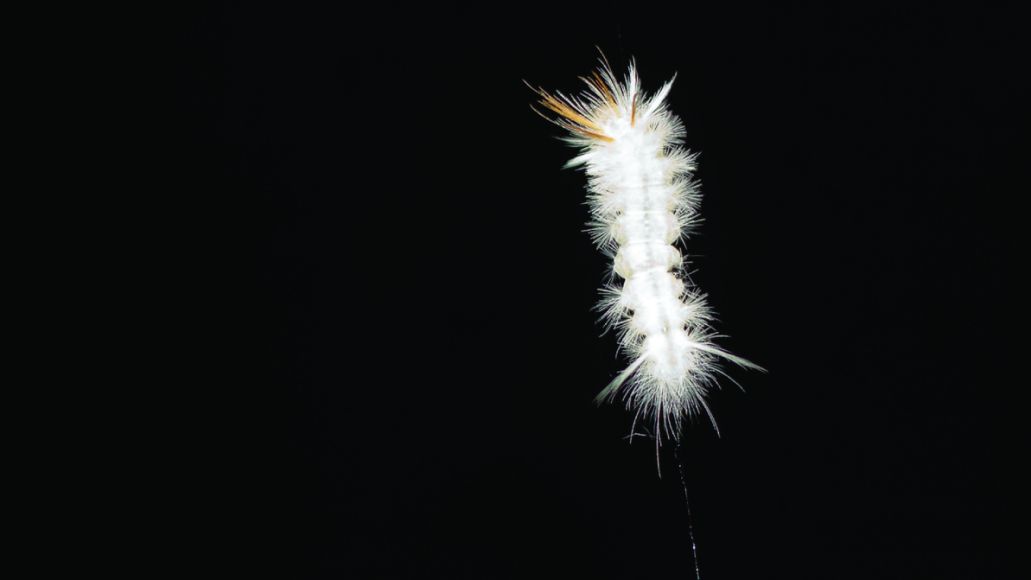 The band practices for hours on end, arranging instruments and building into and away from a song’s original structure. They’re constantly looking towards the horizon. “The band is a project, and each time we look to release something, we don’t want to be rehashing what we’ve done previously,” Mackey says. “I think a lot of artists in bands work that same way. If we’re not growing, then our audience or our listeners aren’t really going to be as inclined to follow along.”

As hard as the band works, not everything between the five is so serious. When asked about their collective influences, Marek takes the lead, candidly saying, “I know that one band we all really like is The Deftones – probably not what you would expect.” Costis quickly retorts, “I don’t like them!” That response leads to good-natured banter, which ends with Clauson teasing, “Al just listens to musicals. Oklahoma and crap.”

As a band that doesn’t necessarily fit neatly into any one category, Monobody might not have survived in most cities, where styles define, label, and, in turn, limit opportunity. “I think people from rock clubs call us jazz, and anyone from a jazz club would call us rock,” Clauson says. But Chicago offers a different story. “We exist here in Chicago as the next step in a cool tradition or line of bands that have pioneered certain sounds inside this kind of instrumental music,” adds Mackey. “This is a great place for us, and I don’t want to say that we wouldn’t have turned out this way if we didn’t live in Chicago, but I think it’s a pretty big factor.”

Monobody is dedicated to exploring what they’ve started and expanding it into new territory. They’re already working on new music, figuring out ways to expand their sound with new instruments and arrangements. “Ultimately, a big part of it for all of us is a personal challenge and a personal pursuit,” Mackey explains. “We all feel compelled to get better as much as we can or to explore new territory. I think that’s the kind of attitude that got us to be the kind of musicians we are today.”

Monobody will be performing along with Ryan Hemsworth and Stefan Ponce at Chicago’s Lincoln Hall on October 29th — brought to you by Consequence of Sound and Red Bull Sound Select. RSVP here.