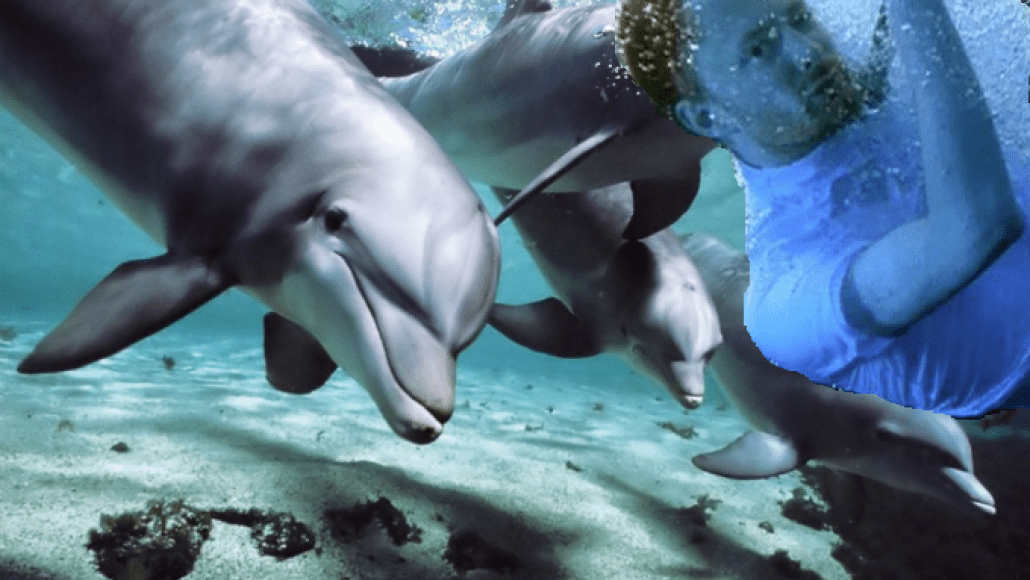 Recently, India declared dolphins to be “non-human persons,” making it an unlawful act to keep the animal in captivity. Aside from playing catch, calling each other by name, and a tendency toward jealousy, the cute little buggers don’t seem that much in common with us human persons. Until now. In an interview with RadarOnline, the folks at Siegfried & Roy’s Secret Garden and Dolphin Habitat have confirmed that dolphins love Radiohead. That means, via the law of syllogism, dolphins hate Chipotle.

Sadly, the habitat’s dolphins didn’t sneak out one night and hit up a show. Instead, in something slightly more ludicrous, the porpoise have their own personal soundtrack during their yoga sessions. It’s whilst doing their best downward-facing dog that instructor Willow Withy (of course that’s her name) noticed an immediate change in the dolphins’ behavior.

“Our dolphins seem to really resonate with Radiohead music, and especially the song ‘Lotus Flower’,” said Withy, who also hosts “Yoga with the Dolphins” excursions because people just can’t spend money fast enough. “As soon as I put it on, they come up to the window and their play patterns become more fluid, friendly, and they are curious about what is going on in the yoga room. They rub against the windows, walls, and express more sensory connection. It feels like mutually shared experience as they appreciate the yoga and music together. I would say they are happy.”

Following the “Eureka!” moment, Withy tried other musical acts, including Metallica, Sigur Rós, Andrew Bird, The Beatles, Pink Floyd, and Inspired Flight. The only music to illicit a similar response to Radiohead was the sitar music of Anoushka Shankar, with some slight uptick in activity noted during Beatles and Pink Floyd.

Along with happy dolphins who are less likely to brutally murder people with their club-like noses, Withy noted that her little pod has become more active and engaged in the daily yoga classes. “When I first come in, I often do headstands,” she said. “They swim down and wait at the window like happy puppies and wait for me to do a headstand. They often mimic my moves and go upside down like they are joining in. It is a very moving experience and I feel I have bonded with them.”

While all of this may be the fevered dreams of a yoga instructor named Willow, Tori Cullins of the Wild Dolphin Foundation said Withy’s conclusion does have some scientific basis. According to her, dolphins react most readily to “percussive noises,” and that these sounds have been linked to changes in both mood and general behavior.

“I haven’t heard of them specifically listening to Radiohead,” she added, “but it is common knowledge among our community that they like new-agey music like Enya. Rock music seems to stress them and jazz is the worst, while classical and country music has seen them relaxed. Human beings react in many ways to music, so it is logical that certain music can trigger different reactions.”

Test this whole idea out by finding the nearest dolphin and playing it “Lotus Flower”. Or, get lost in a world of wonder as you play “Lotus Flower” over a school of frolicking dolphins.