Fans of vinyl waste no time in extolling the virtues of the medium, from the warmth of the sound to the satisfaction of slicing through the plastic wrap after purchase. Vinyl sounds good. Vinyl looks good. Vinyl feels good. But beyond what some still see as a fad, there live deeper reasons why we love vinyl. David C. Giles is a reader of media psychology at the University of Winchester in the U.K. He co-authored a paper titled The Psychological Meaning of Personal Record Collections and the Impact of Changing Technological Forms. We spoke to Giles to get some more insight on the fond feelings we have for vinyl. 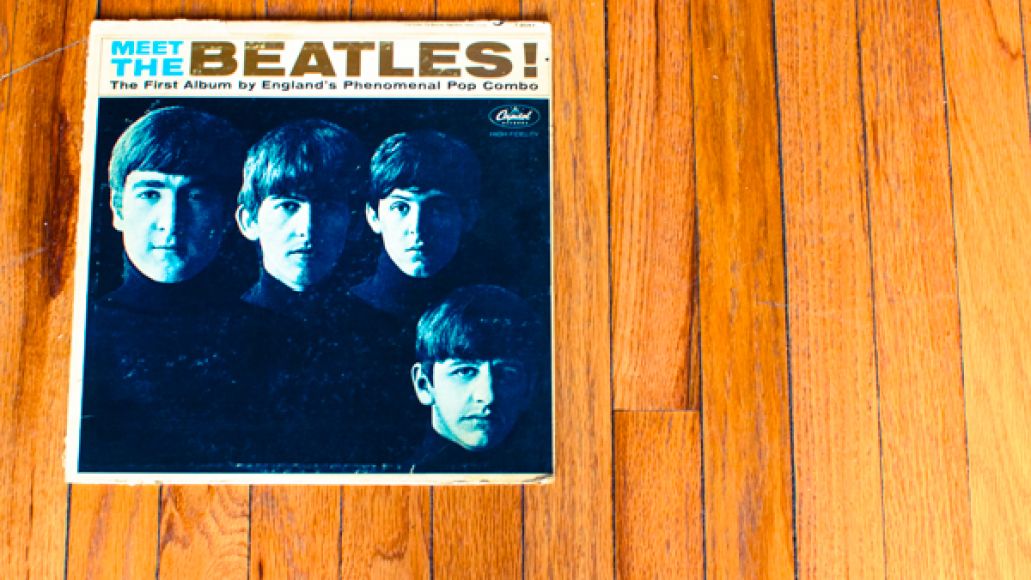 “The ‘sacredness’ of a record is connected to its uniqueness,” Giles says, and for anyone who’s chased a white whale in whatever form, it’s not hard to understand the extra meaning attached to an object that’s either rare or hard-won. In Giles’ paper, which included interviews with music fans, one vinyl collector commented on the lack of challenge in downloading music saying “The idea that some little twat can go onto the Internet and press a button and use their credit card to buy stuff that I’ve practically lost limbs over is aggravating.” Giles also says that vinyl, especially in cases where folks feel compelled to complete an artist’s discography, for example, ends up being even more meaningful as an outward sign or artefact of fandom. 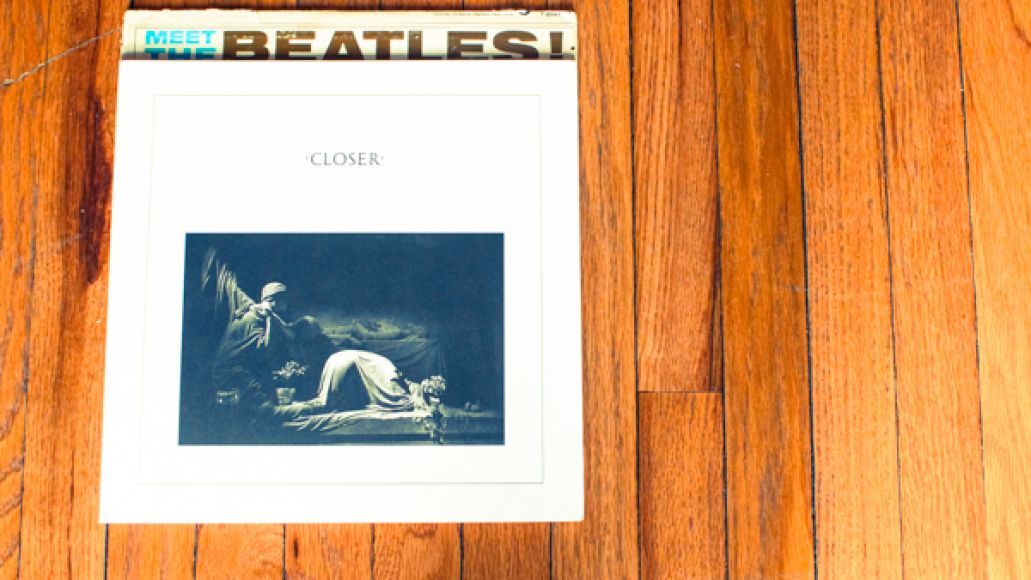 The physical presence of our vinyl collection can represent us in a few different ways. For one, it can serve as a cultural autobiography showcasing the very best, and very worst of our taste and judgment. “They make us cringe but they are still part of who we are and how far we have come,” Giles says of the tendency he found amongst collectors to hang on to records they’d describe as “embarrassing.” There’s also the representation in the form of putting our records in a prominent place like a living room. “If we choose to show off our musical collection then it becomes part of us, or at least it’s a visible part of us that we are revealing to the people who we welcome into our home,” Giles says. That’s a little harder to do with an iPod. 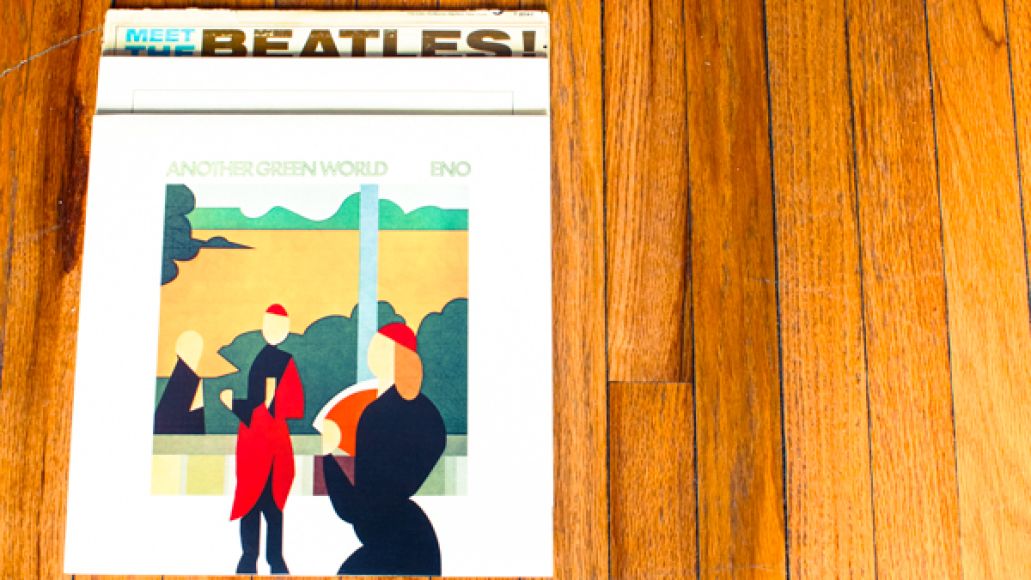 “Most fandoms are profoundly social,” Giles says. Whether it’s arranging times to share and spin records with friends, or killing an afternoon at a record store, the social interaction bolsters people’s feelings about the activity. Think of the growing mobs at Record Store Day, or even the crowds at Comic-Con every summer. “There’s nothing that galvanizes people’s commitment to a cause like seeing and meeting like-minded others,” Giles says. 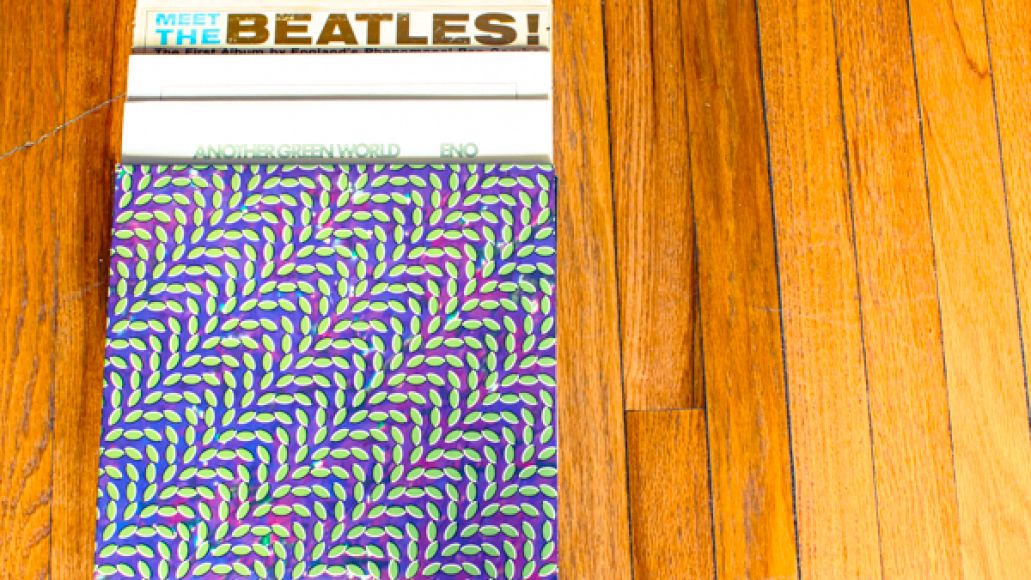 We like bright shiny things. It’s a matter of attraction. In the modern age, album art has just about been lost, which is often lamented as artwork is an extension of the “musical artefact,” as Giles put it. While the Internet has afforded us other ways find visuals related to the artists we love, a band website or random Instagram doesn’t have a direct tie to the recording. “I very much associate certain LPs with the sleeves– the accompanying imagery is all part of the music, not just the front cover but the inside sleeve, the pictures surrounding the lyrics, and other images,” Giles says. 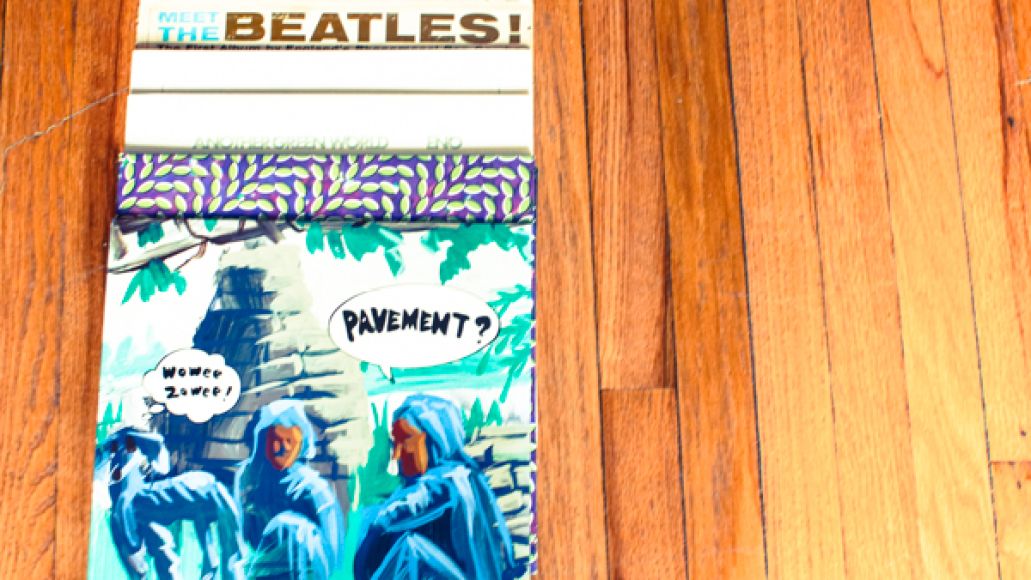 The appeal of actual objects is probably one of the best used arguments to for vinyl– how can you own what you can’t touch? An actual record’s presence is reassuring. “A record on your shelf sits there in full view and each time you walk past the shelf, you’re reminded it’s there,” Giles says. But besides dealing with the insecurities of going digital, it is much easier to attach sensory or emotional value to a physical object, like childhood teddy bear. In that way, the physical ties back in with records representing past selves and bits of memories from other times. That’s not to say associations are impossible to stick to an MP3 – obviously not. But for anyone who’s moved residences with crates of records, physical collections require a different kind of love.

Five Reasons You Love Your Vinyl