Welcome to Producer’s Chair, a mini-column in which Editor-in-Chief Michael Roffman offers his own career advice to artists and various figureheads in the film and music industry. In this installment, Roffman chews on candy corn and ruminates on how director Marcus Dunstan can make a worthy sequel out of Halloween Returns.

Not a single October goes by without at least one viewing of John Carpenter’s Halloween. There just isn’t a better film for the pumpkin-spiced season: a spooky tale that is so inherently American, from its teenage babysitters, to its small town setting, all the way down to its campfire conceit of the boogeyman. But what a Shape to fear; the thoughtless gaze of Michael Myers will forever prove hypnotizing, if not downright terrifying, for generations and generations to come.

Unfortunately, much of that silver screen immortality involves a glut of unnecessary sequels and obnoxious remakes, a trend that will continue in the near future when director Marcus Dunstan takes us back to Haddonfield, Illinois, with his retconned sequel, Halloween Returns. His idea is fairly simple, too: He wants to slice off everything that followed 1981’s Halloween II, pick up the action following that fateful night he came home, and possibly include Hunter von Leer’s Deputy Gary Hunt.

It’s another bold example of our Fan Fiction era of Hollywood filmmaking, but admittedly, there’s something intriguing and somewhat unprecedented about a franchise returning to its roots. When Rob Zombie’s crude re-imagining conquered the box office in August 2007, fans of the original series acknowledged that this was pretty much the end of whatever world officially began in Carpenter and screenwriter Debra Hill’s head back the late ’70s. The 2009 sequel confirmed those fears. 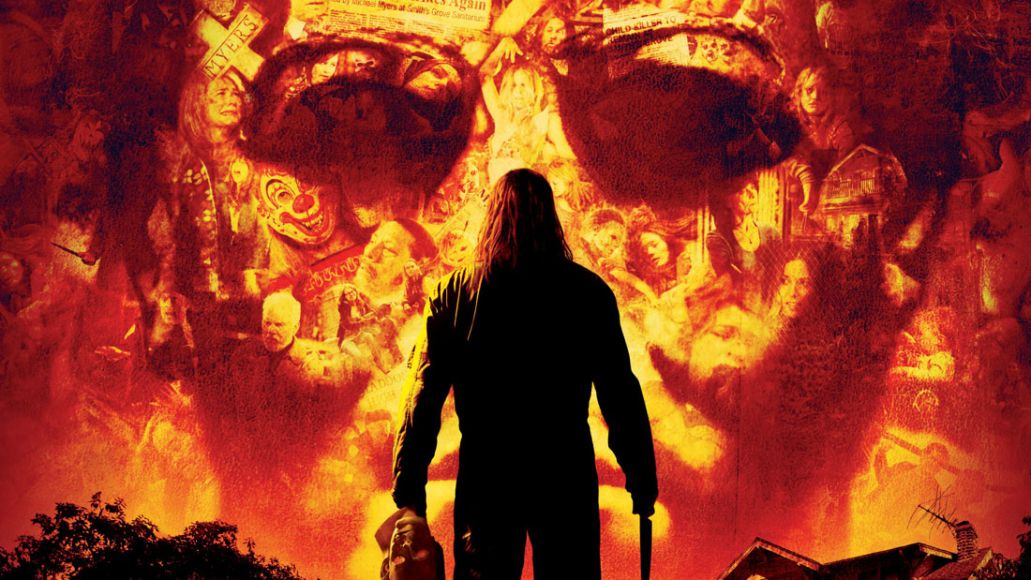 But now we live in a time when anything can happen to a franchise — an era in which young filmmakers can post big ideas on Instagram and find themselves in charge of even bigger blockbuster sequels. “Anything goes” is the motto for bankable filmmaking right now, and nostalgia is the silver lining, which is why it’s not unreasonable to believe that producer Malek Akkad would be willing to backpedal on his franchise by slicing right through the remakes and carving up another sequel.

Has this ever happened before? Can you remember any franchise that pulled a 180 following its remakes? The only example that comes to mind is The Evil Dead series and this month’s Ash vs. Evil Dead, but the 2013 re-imagining was more a reboot than a remake and at one point was to feature Bruce Campbell and merge together with the originals down the road. Zombie’s films were a complete departure from the original Halloween franchise, which makes Halloween Returns quite the detour.

Yet an exciting one that most fans should be willing to head down. After all, the series was left an absolute fucking mess. The last entry was Rick Rosenthal’s Halloween: Resurrection, which not only killed off Laurie Strode following her heroic return in the admirable yet still subpar and remarkably ill-titled Halloween H20: Twenty Years Later but also officially drew another line in the series that was previously only hinted at in the seventh installment. In other words, the franchise would look exactly like this:

Now, if you include the official tie-in novelizations, the young adult novels, and the various comics from over the years, well, then Halloween becomes the most complicated franchise ever, making both the original Star Wars Expanded Universe and the current Dr. Who series read like an issue of Highlights for Children. So, it’s easy to see why Dunstan and co-writer Patrick Melton opted for the eraser to clean things up for their forthcoming sequel. Still, they’re not exactly on the right track … yet. 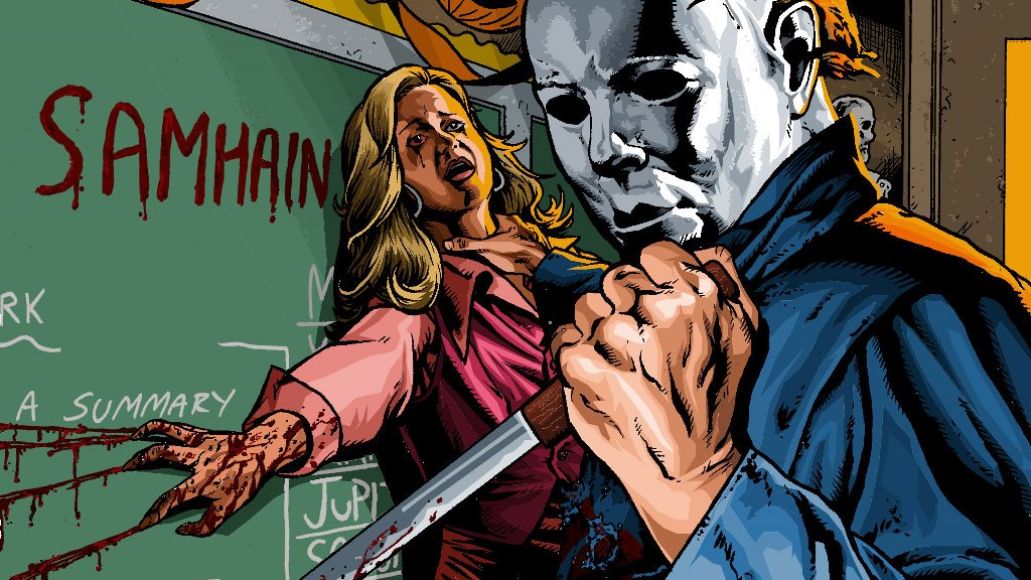 Let’s start with the rumored synopsis:

The now 18-year-old child of one of Myers’ victims plays a central role along with the child of a cop whose long been obsessed with Myers’ case, even putting it before his own daughter. Myers is now on death row and the two kids with their own personal vendettas against the killer sneak in to watch his execution. But when things go awry and Myers escapes, the pair, along with their friends, find themselves in the firing line.

Already they’re overcomplicating their story. For example, why does Myers need to be on death row? Also, if they’re picking up after Halloween II, his body’s either been burnt to a crisp in whatever remains of Haddonfield Memorial Hospital, or if we’re using the premise from the 1998 and 2002 sequels, it was never discovered. And if they did find an extra crispy boogeyman, how would they be able to shoot the execution escape without it looking as moronic as this? That’s Terminator, not Halloween.

That situation also doesn’t seem to jive with Dunstan’s most recent comments, specifically this one: “Michael Myers is subtlety and suspense. Suspense isn’t expensive. A karate fight in a burning room is expensive.” True, but there is also nothing subtle or suspenseful about Myers escaping a heavily guarded room and breaking through into the night with the entire police force fully aware. It’s a ludicrous idea and an incredibly weak starting point for what could potentially be a worthy sequel. 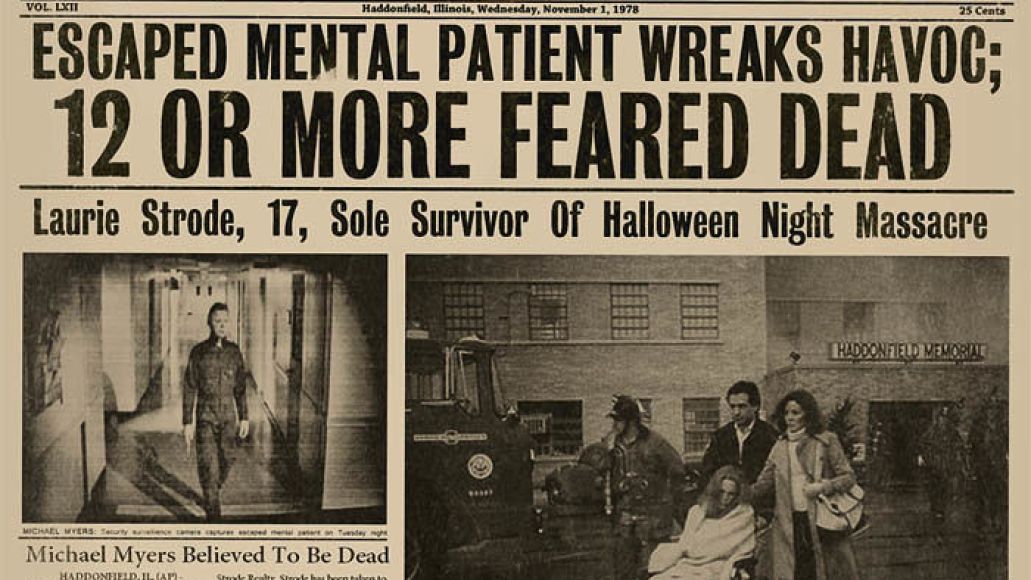 Fortunately, Akkad, Dunstan, and Melton are returning to the writers’ room “to take a step back” and “refigure this beast.” On Thursday, the producer explained to Daily Dead that there were some issues behind the scenes, but insisted that this was a positive thing: “It’s only going to be resulting in a better film, which I hope the fans appreciate. But this new Halloween isn’t going to be quite what has been announced and what people are expecting, so we’re making some changes there as well.”

So, what should they do? If they set out to rewrite the entire thing, one hopes that they a.) remain indebted to revisiting the original source material and b.) are still open to fiddling around with the past, aka retconning. Because, really, there’s nowhere to go following Halloween: Resurrection, and since there’s zero chance in getting Paul Rudd back as Tommy Doyle, you can close the chapter on any follow-up to Halloween: The Curse of Michael Myers. Remake sequel? Don’t give ’em any ideas.

Rather, let’s assume they’re still going ahead as planned, only they’re tweaking the premise, scooping out the troubling gunk in lieu of some smarter, easier storytelling. With that in mind, I’ve laid out two roadblocks and an all-points bulletin to help Akkad and co. over the next few months while they sit around munching on leftover candy raving on and on. It’s going to take a lot more than fancy talk to keep them up all night, but here’s hoping they let someone around here give them lessons.

In the words of Laurie Strode, “Go do as I say!” 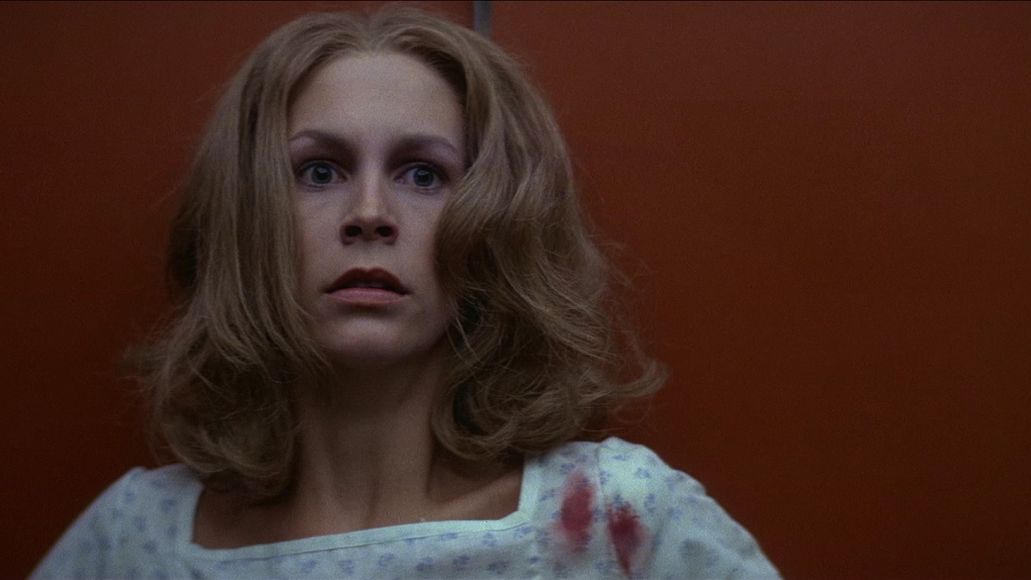 By cutting ties with the popular sequel, you not only have a stronger Michael Myers (six bullets vs. blind and burnt) but a less focused Michael Myers (no sister). Look, it can’t be mere coincidence that Laurie Strode was made Myers’ forgotten sibling a year after Darth Vader confessed he was Luke Skywalker’s father. Carpenter and Hill were simply hired guns at that point for Universal, and both really had no intention of a sequel, which is why the familial subplot has always felt shoe-horned in.

Imagine what Dunstan could do following up the original, instead. In this story, Haddonfield, Illinois, would still be shaken up from the deaths of Annie Brackett, Linda Van der Klok, Robert “Bob” Simms, and, okay, the two dogs, while Laurie Strode would simply be seen as a survivor who was at the wrong place at the right time. In fact, she wouldn’t need to be seen at all — that’s the whole point. The best part of all of this? Myers is back to being the elusive boogeyman … somewhere out there. 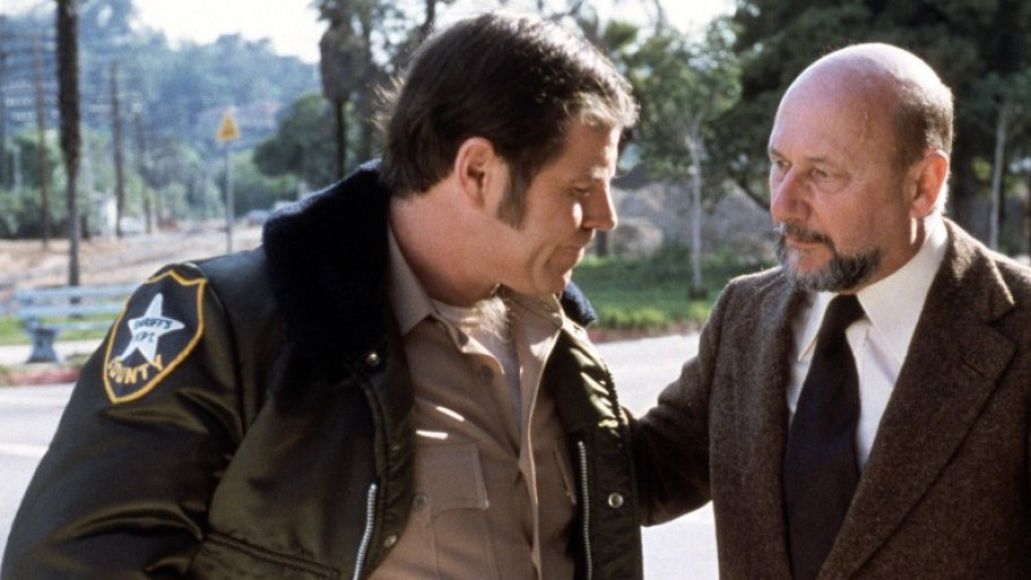 The idea of reintroducing Hunter von Leer’s Deputy Gary Hunt is a smart one, and if they go ahead with their rumored premise, then he will likely be the most intriguing facet of the story. Here’s why: While the concept behind Carpenter and Hill’s story began with teenage babysitters, the core conflict of Halloween has always been the cursed relationship between Dr. Sam Loomis and his patient Michael Myers. Everyone else, even including final girl Laurie Strode, serve as the stakes at hand.

So far, Dunstan has only name-dropped Gillian Jacobs, and there’s no denying she would be a superb heroine, but having a veteran actor as the antithesis of Myers brings the series back to its origins. It’s what every Halloween film has been missing for two decades, even in Zombie’s own works, which curiously turned Loomis into a village idiot. But why Hunt? Why not Sheriff Brackett? It was his daughter who became Haddonfield’s first victim, so wouldn’t he be the obsessed one? It’s a little poetic. 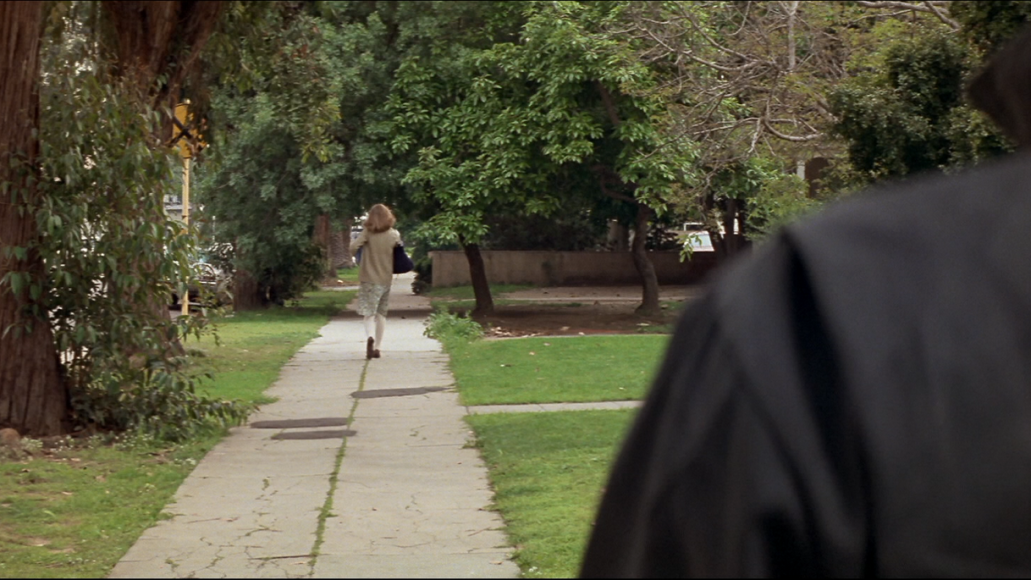 Part of what made Halloween II such an obvious success was how the film revisited all of its original shooting locations. Fans had every reason to believe they were watching “More of the Night He Came Home” as they followed Myers and Loomis through the very same tree-lined streets of South Pasadena, California. (Of course, that’s also the reason why the “small Midwestern town” somehow had palm trees, but whatever…) If Dunstan’s smart, he’ll follow suit for Halloween Returns.

Sure, the tax incentives elsewhere — like say, Atlanta, Georgia, or New Orleans, Louisiana — will be far more enviable, but at what cost? Location is essential to the Halloween series, and all too often it’s been flubbed throughout the years. Remember the Draculean estate that shadowed as the Myers House in Halloween 5: The Revenge of Michael Myers? Good god. No, if this film’s going back, it might as well go back to where it belongs: South Pasadena. After all, Zombie was able to shoot there. 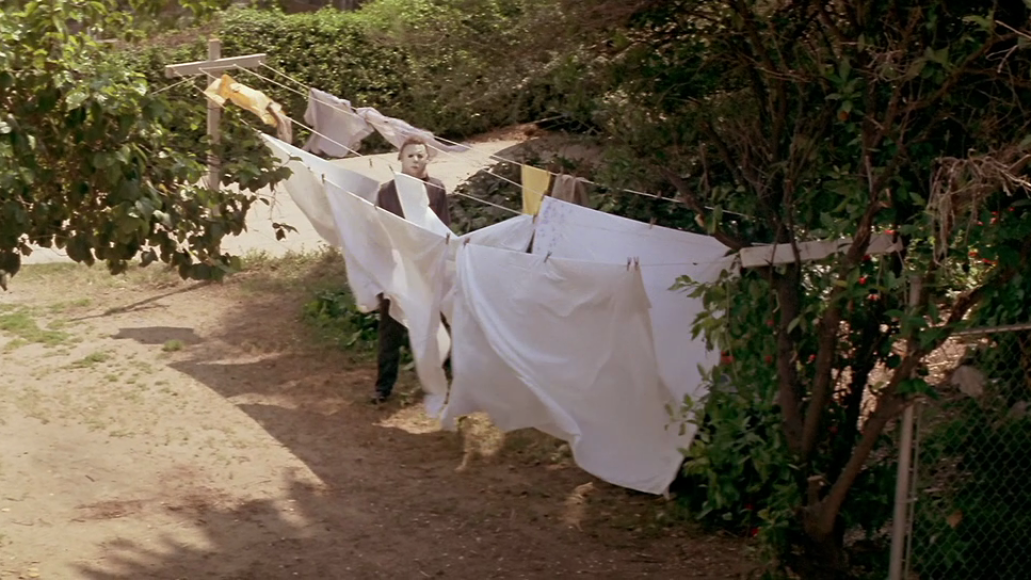 Halloween has the look and feel of an independent horror film, and that’s one of its strengths. Carpenter’s wide shots, Dean Cundey’s atmospheric cinematography, and Hill’s organic dialogue mixed together to offer up a portrait that has not only resonated with multiple audiences but also influenced countless filmmakers over the years. Look no further than Ti West (House of the Devil), Adam Wingard (The Guest), and David Robert Mitchell (It Follows). All have taken a piece for themselves.

Dunstan could possibly be next. “I want to see a film shot on film,” he insisted of Halloween Returns. That’s a start, but considering his most recent directorial work was 2012’s The Collection, an ultra slick horror film that hideously recalls the worst of Platinum Dunes-era horror, it’s hardly a guarantee. He would do best to stay grounded, insist upon practical effects, and even dust off some old equipment from the ’80s — especially if he’s setting the story around that era.

Have a Memorable Score

Without Carpenter, any follow-up is already at a disadvantage, especially when it comes to music. This is why the last great Halloween score remains his work for the oft-forgotten third entry starring Tom Atkins, three dangerous Halloween masks, and an icky pile of bugs and snakes. But really, it’s because every production since has been too damn lazy to do the one thing that saved the original’s production: create an iconic score.

This time around, there’s absolutely no excuse. So many of today’s artists and musicians are proud scholars of Carpenter, from Disasterpeace to Chromatics to Steve Moore, and all could easily contribute something that’s both reverential and independent of the iconic themes. That’s not to say the “Halloween Theme” shouldn’t be used, but it should be surrounded by fresh and thrilling new sounds that can frighten audiences in new ways.

Halloween Returns: A Guide to Make One Good Sequel