The late John Belushi will always be remembered for the glory days of Saturday Night Live, Animal House, and The Blues Brothers, but what many fans might not know is that he was a huge punk fan, too. He was even the first celebrity who tried to get a punk song into a mainstream Hollywood movie.

Belushi, who passed away in 1982 at the age of 33, commissioned LA punk legends Fear to write a song for his ill-fated final film, Neighbors. Everyone at Columbia, the studio releasing Neighbors, thought Belushi was nuts for trying to get a hardcore punk tune into a mainstream release. The song never saw the light of day.

Having known about the song forever, I searched for it high and low, figuring a rip of it must have been uploaded to YouTube by now, but no dice. So, as a longtime Belushi fan and a longtime punk fan as well, I was excited to learn in Rolling Stone that the title theme for Neighbors will finally be released this Halloween. It’s an appropriate date, too — Fear made their infamous debut on Saturday Night Live on Halloween 34 years ago.

Belushi was arguably the first major celebrity to openly embrace the punk scene when the music was still considered a threat to society. He used to tell people that punk would take over the world, but the world would never understand it. He got the first part right; it’s too bad he wasn’t around to see punk enter the mainstream.

Belushi discovered Fear on New Wave Theater, an underground cable show that was popular in the early ’80s. As soon as Belushi and Fear lead singer Lee Ving met, they hit it off. “John was someone you felt you’ve known all your life, even when you’ve only known them for a brief period of time,” Ving says. “He was very smart, and the wheels were always turning. There was always great times, and it was always time well spent.”

As to why Belushi was so gung-ho about the punk scene, Ving says, “I think it was something that was new, it was fresh, and I think he liked the idea of it having such an energetic audience. It was energetic, frenetic, frenzied music, not something played lazily.” (Belushi used to tell people, “Punk demands a response.”)

Fear also had a satiric, irreverent edge, which was probably another element of punk that appealed to Belushi. Back when Saturday Night Live and National Lampoon were first getting started, they were essentially the punk rock of comedy. Both had an edgy irreverence and gleefully shook up the status quo of humor at the time. There’s a lot of anarchic humor in Animal House, as well as in the Lampoon stage play Lemmings, the rock musical that parodied the Woodstock generation.

While many would find it odd that Belushi would go from the blues to punk, there are definite parallels between the musical styles. The controversial Belushi biography Wired theorized that Belushi liked punk and blues because they were made both for and by the down and out. Both genres were stripped down to their bare essences; it was the feel you brought to the tunes that made them uniquely yours.

As it turns out, before Ving started Fear, he had major roots in the blues as well. “I started out in the music business as a harp player,” he says. “I was in a Chicago-style blues band in Philadelphia. We opened for Cream on their last tour at the Spectrum. I think Belushi and I saw eye to eye on that page, and there may have been something in our music that made it obvious that we related to the blues in some way. And jazz too. Fear was designed to be a punk rock/jazz fusion band.” 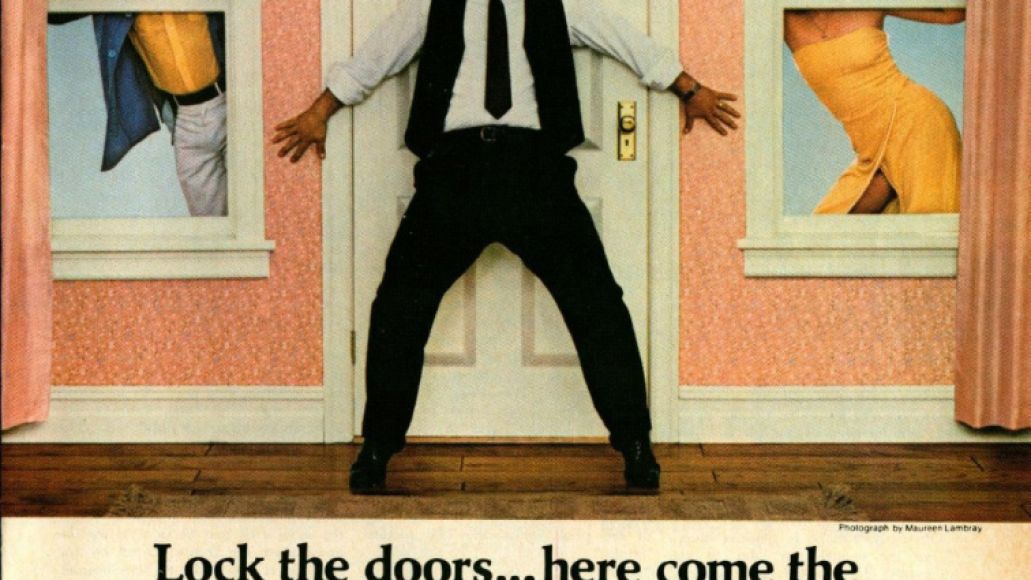 Neighbors would be Belushi’s last film, and he wanted Fear to record a song for its end credits. Belushi would say that Neighbors was a punk film, which may seem strange, but the plot of the film has a certain punk sensibility. Punk has always been about challenging the status quo, as well as exposing the hypocrisies of suburban family life.

In Neighbors, Belushi plays an uptight suburbanite whose life is turned upside down when a crazy neighbor (played by his partner in crime Dan Aykroyd) moves in next door. At first they’re savage adversaries, but by the end of the movie Belushi and Aykroyd drive away together as John’s house goes up in flames, leaving his dull, suburban existence behind in a pile of ashes.

Neighbors was a troubled production, and Belushi’s attempt to get a punk song on the soundtrack may have been his way of trying to get some control over the film. The executives at Columbia recoiled in horror at the song, which came as no surprise — they were the old guard on the other side of the generation gap. Belushi tried as hard as he could. He even threatened to shave his head skinhead-style in protest, but the song never made it to the final cut. (A snippet of one punk song, the Dead Kennedys’ “Holiday in Cambodia”, did briefly make it into the film.)

But Ving did write the song, which was also called “Neighbors”. “The lyrics were pulled from the film, or I should say they had to do with the story of the film,” he says. “Nothing was taken from the movie’s dialog, but I thought it was particular to John, and I wanted him to sing it. John wanted me to sing it, we went back and forth, then he finally agreed to sing, but he was such a good mimic, John sang it like I would have. It’s hard to tell which is him singing, and which is me singing.” Ving adds that he was shocked the song didn’t make it to the finished film “because I thought it was the perfect foil for the story.”

The track was produced by the legendary Steve Cropper, who played guitar for Booker T and the MGs, as well as the Blues Brothers band. Cropper’s other famous credits include the R&B classics “(Sittin On) The Dock of the Bay”, “Knock on Wood”, and “In the Midnight Hour”, among others. “Being a rhythm and blues fan, Steve was a hero of mine,” Ving says. “I was ecstatic to be doing a project with him.” (It will certainly be interesting to hear Cropper applying his considerable studio skills to a punk song.)

Before Neighbors hit theaters, Belushi got Fear booked as the musical guest on Saturday Night Live. They made an infamous appearance on Halloween in 1981. A group of real punk fans, including members of Cro-Mags, were invited down to the show to slam dance and stage dive. Belushi was there in the mosh pit, and there was some studio damage, though the costs of the damage were greatly exaggerated in the name of good publicity.

The show would become legend over the years: NBC wouldn’t re-run the episode, and the network hastily cut to stock footage when an audience member yelled, “Fuck you, New York!” into an open mic. (You can also hear Ian MacKaye yelling “New York sucks!” in the audience.) “It made a historic episode, which is why I’m surprised they were unwilling to broadcast it,” Ving says.

When Neighbors was released in December 1981, it wasn’t well received, though some may say now that it was ahead of its time. Belushi was the obvious choice to play the crazy neighbor, but he and Aykroyd decided to experiment and switch parts. Back in the day, audiences had a hard time seeing comedians in serious roles, and everyone always expected Belushi to be wild and crazy, not uptight and stuffy. If Neighbors was made today, audiences would understand that they were seeing Belushi outside of his usual persona, and they would go to the movie just to see if he could pull it off. You could easily imagine Neighbors as an indie today, a smaller, darker film directed by Paul Thomas Anderson or Alexander Payne.

“The movie might have had a better chance if it was released closer to now, instead of then,” Ving says. “I think it would do well today. Its contrast would be more easily accepted at this point, that’s for sure.”

With Belushi’s tragic death in 1982, we were robbed of many years of great comedy. A satire based on the Abscam scandal was in the works, with Belushi playing the conman and Aykroyd playing the FBI agent looking to nail him. Aykroyd also wanted Belushi to play Venkman in Ghostbusters; it seemed that he was a movie or two away from a big comeback. You also get the impression he could have taken on a dramatic role, like many comedians do today, and knocked it out of the park.

After Belushi died, the Neighbors song got lost in the wake of the tragedy. As Ving told Rolling Stone, “What happened was so devastating to all of us that we almost didn’t want to do anything with anybody we knew prior to that terrible event. It disrupted all of our lives.”

Ving says the song was “always on my mind, as was John’s memory. I only had one cassette copy of the song on an inexpensive tape that got trashed, that got left in piles of records, and almost got lost in corners of the house many times. It was something that was always there, and I wasn’t really sure if it was going to be possible to release it. So now that it’s coming to fruition is really great. I’m really happy about it.”

Belushi’s widow, Judy, who owns the original master tapes, recently spoke to Ving about the song and finally gave the go-ahead for it to be released. (It also got a remix at Dave Grohl’s studio.) Listening to the song today, Ving says, “It makes me miss John.”

If Belushi were alive today, Ving thinks “he would be very pleased” to see that punk actually did become the next big thing, just as he prophesized. Now, at least Belushi fans everywhere will get to hear his voice one more time. Ving feels the comedian “would be happy about it. It became a recorded piece of music because of him. I’m sure he’d feel fulfilled.”