This week sees the release of Divers, Joanna Newsom’s first record in five years and third studio album since her debut, The Milk-Eyed Mender, came out in 2004. Last week, Beach House, who just released their fifth record, Depression Cherry, in August, returned with Thank Your Lucky Stars, another full-length studio effort, which the band says was recorded separately from their last and is meant to be considered a distinct album rather than a B-sides collection or companion piece. In a musical climate where artists like D’Angelo and Dr. Dre have taken over a decade off between albums, a salient question arises: Is it better for an artist to be prolific, or should they take their time even if it means fans have to wait five or 10 years for new music?

Like most arguments about music, the answer here is highly subjective and relative to what type of artist you’re talking about, where they are in their career, and what genre they operate in. From a practical standpoint, some artists may release albums more frequently than they would like in order to pay the bills, especially now that streaming has knocked a sizable dent in album sales as a viable source of income and constant touring can be exhausting. But there are also times when the expectations of fans and the media can affect an artist’s release strategy, sometimes to toxic effect.

Across the industry, the time between projects averages around two to three years. This is the case for pop stars like Taylor Swift or Katy Perry as much as it is for indie rock acts like Deerhunter or Kurt Vile. On the long side of that, you have arena rock bands whose most heralded work is behind them, like U2, Red Hot Chili Peppers, and Radiohead, and more elusive artists, like Sufjan Stevens and Fiona Apple, who have settled into five-year waits between albums. On the other side of the spectrum, you’ve got rock acts like Ty Segall and Robert Pollard, as well as most rappers, who rarely seem to go more than a year without releasing at least one project. 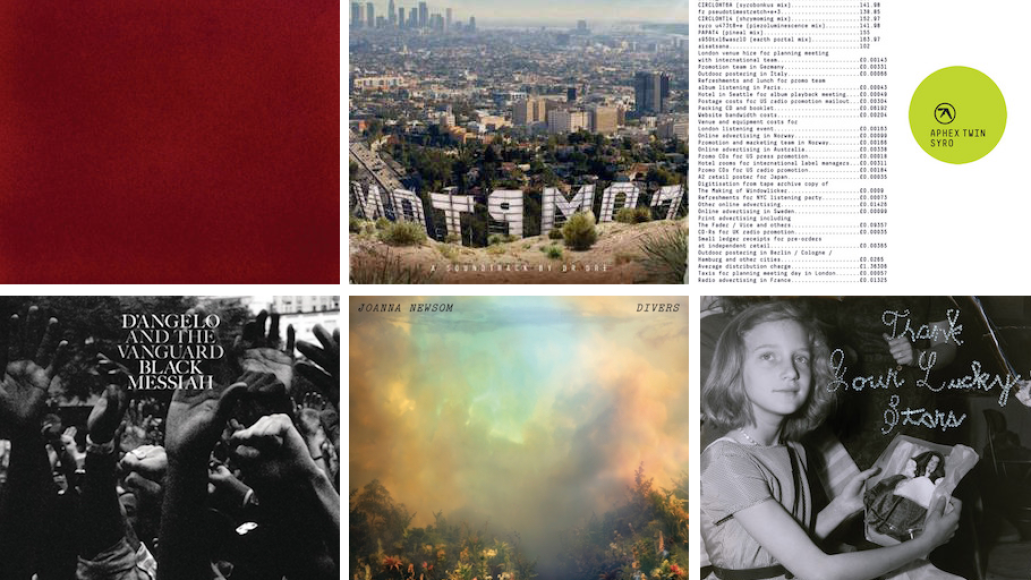 While these lengths may be emblematic of where the industry is now, they’ve become the standard only in the past decade or so. Artists were much more prolific throughout the ‘80s and ‘90s, especially popular artists in their prime: The Cure released nine records between 1979 and 1992, while Madonna released six albums between 1983 and 1994. A quick turnaround was the norm for indie artists at the time as well, whether it was Sonic Youth releasing 10 full-lengths between 1983 and 1995 or R.E.M. releasing nine albums in that same time frame. Even artists who were past the critical and commercial peaks of their career, like Bob Dylan or David Bowie, took just one or two years between records throughout the mid-’80s and ‘90s.

When albums sold well, it was profitable for labels and artists to push them out more frequently. A heightened sense of prolificacy didn’t have an adverse effect on quality. As music became a digital product rather than a physical one, artists have had to rely more on alternative sources of income to make a living, like touring or licensing, and the gaps between releases expanded and shrunk at the same time.

What makes the past year or two notable is the number of artists who once released albums consistently returning after taking the longest breaks of their career. Ratatat’s latest album, Magnifique, came after a five-year wait, though they used to only take one or two years between records. Modest Mouse returned after an eight-year break between LPs with Strangers to Ourselves this past spring, and even though they never stopped touring and had been hinting at a new album for years, many thought they were done writing new music altogether. Earlier this month, Janet Jackson pulled a similar move, releasing her first album in seven years; her longest break between albums prior to Unbreakable was four years.

The past few years have also seen a number of artists returning with comeback releases after nearly a decade of silence, from big names like Justin Timberlake and Daft Punk to more niche figures like Boards of Canada. Three influential and arguably legendary artists, D’Angelo, Dr. Dre, and My Bloody Valentine, all returned with their first albums after gaps of 14, 16, and 22 years, respectively.

D’Angelo and My Bloody Valentine’s albums represented the culmination of decades of work, coming from artists who had always been rumored to be working on records that most had written off the chance of ever coming to fruition. Listeners had been teased with new material before, and when it finally came, it marked a return to form that most agreed lived up to the nearly impossible expectations. In a similar manner, Dr. Dre’s Compton, while a relatively new project timed with the release of the N.W.A. biopic that was as much a strategic business plan as it was an artistic statement, also felt like an event where people got the chance to hear new music from someone who had all but retired from the music scene to embark on other ventures.

Younger artists rarely have the same luxury of fine-tuning an album for years. It’s been nearly impossible to read music news in the past year without finding obsessive speculation over every aspect of new albums by Grimes and Frank Ocean. Grimes has had to set the record straight countless times on why she scrapped her initial recordings for her follow-up to Visions, and gets picked apart constantly on social media. For Ocean, a Tumblr photo and announcement to Billboard confirming an album release in July led to waves of articles guessing when it would come and a slew of anger when July passed and no album had materialized.

For prolific artists, the question becomes whether it’s better to spend more time between albums or if the quality of a single album matters less when the listener knows there will be another within a year. One could argue that the best songs from the Young Thug mixtapes of the past year could add up to an album that rivals Kendrick Lamar or Run the Jewels, while Parquet Courts or Death Grips may opt to release two decent albums within a year rather than one excellent one. Their albums may not be remembered as fondly on their own when listeners discover them five or 10 years from now, but for many diehard fans, those “filler” tracks are just as engrossing as the singles simply because they keep their favorite artists active within the cultural conversation. Silence causes frustration, and access to a continuous stream of music becomes as valuable as the quality of the music itself.

To critics, though, the album as a unit still has weight. Jens Lekman has been releasing a song every week on his Soundcloud page, and while there are certainly some worthwhile tracks in there, the project has received far less attention than I Know What Love Isn’t, his last proper album released in 2012. And when artists like Lana Del Rey or Jack White put out music annually, there are often diminished expectations or even dwindling returns on the products.

Subverting typical release expectations has clearly impacted the critical reception of Beach House’s new album, Thank Your Lucky Stars. Reviews have centered on comparisons to Depression Cherry from earlier this fall, and though the band may intend for the records to be thought of as completely separate entities, fans and critics alike have trouble separating the two solely because of the proximity of their release dates.

One artist who has managed to toy with both release structures is Aphex Twin. His return last year precipitated a move from one side of the frequency spectrum to the other; 2014’s Syro represented the artist’s first official release in eight years and first studio album in 12. From there, the once prolific artist almost immediately returned to his old ways and in the past year has released multiple EPs and singles under Aphex Twin and his AFX pseudonym, as well as unloading a trove of material onto Soundcloud.

Aphex Twin represents a unique example that shows both sides of the issue. On one hand, the release of Syro felt like a huge event, with a unique and aggressive marketing campaign and a tremendous amount of press coverage. Excitement ran high, and the album was met with critical acclaim, resulting in Aphex Twin’s highest-charting album on the Billboard charts by a high margin – it rose to no. 11 on the Billboard 200, while before he’d peaked at 154 with 2001’s Drukgs. Each of his releases since has been of similar quality, judging by reviews and fan reaction, but none of them have led to as much discussion as Syro. That album reached the ears of casual listeners and anyone with some interest, while the hours of Soundcloud material were consumed by only the most dedicated fans.

Richard D. James is highly conscientious about how his recordings are arranged and released, and he likely means to make a different statement with his Soundcloud bootlegs than with Syro. The question of which music is better comes from what listeners expect from artists and how artists deliver on those expectations. In James’ case, all of the music he has released in the past year has been of consistently high quality – the only difference is the way listeners’ attention is divided among the work. Whereas Syro was just nominated for a Mercury prize, it’s doubtful that much of the listeners who raved about that record made it through more than 30 minutes of the vast collection of Soundcloud tracks. 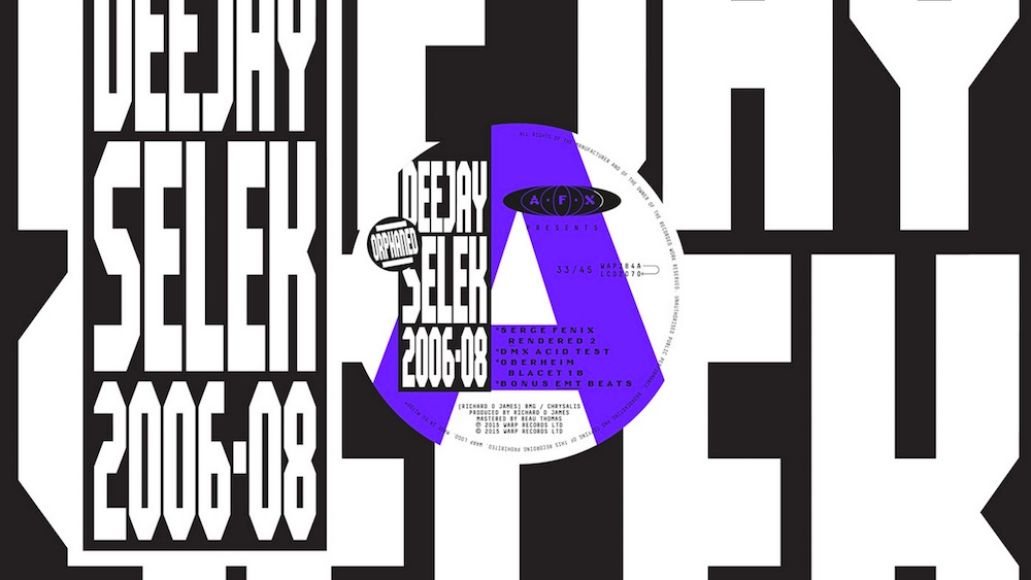 From long-awaited returns like D’Angelo and Dr. Dre to artists quickly doubling down on releases like Aphex Twin and Beach House, the time taken between releases has a recognizable impact on how that work is assessed and approached. Whether it comes down to an issue of scarcity or having a comeback narrative to latch on to, people pay less attention the more frequently an artist puts out music, and yet still become impatient when artists fail to release albums frequently enough. Musicians are gambling with a new variable: Now that releasing an album is as easy as uploading a folder of mp3s, the biggest limiting resource in music distribution is listeners’ attention.

How Often Should Artists Release Albums?