The Book Club is a recurring feature in which we read and discuss either a canonical piece of music writing or something fresh off the presses.

Grandma, we may not make it to Thanksgiving.

It’s been a gorging October for the Book Club. “Godmother of Punk” and National Book Award winner Patti Smith baked us a poetic, intimate meditation on her writing process that gradually leavens like fresh bread. Elvis Costello added to the potluck with a fantastic, hernia-inducing 674-page opus that reads like “an eccentric geezer in a pub spinning old tales over a pint of warm, flat ale.” Both of these memoirs are mouthwatering buffets, but they’ve left us peckish for something that will satiate without obliterating our last belt notches. We need a cook who can dish out angst and vulnerability in bite-size portions like a Sleater-Kinney song. Or maybe a gourmet whose specialties include whipping up small slices of satire like a Portlandia sketch.

Read on to see how the Book Club digested Carrie Brownstein’s Hunger Makes Me a Modern Girl. 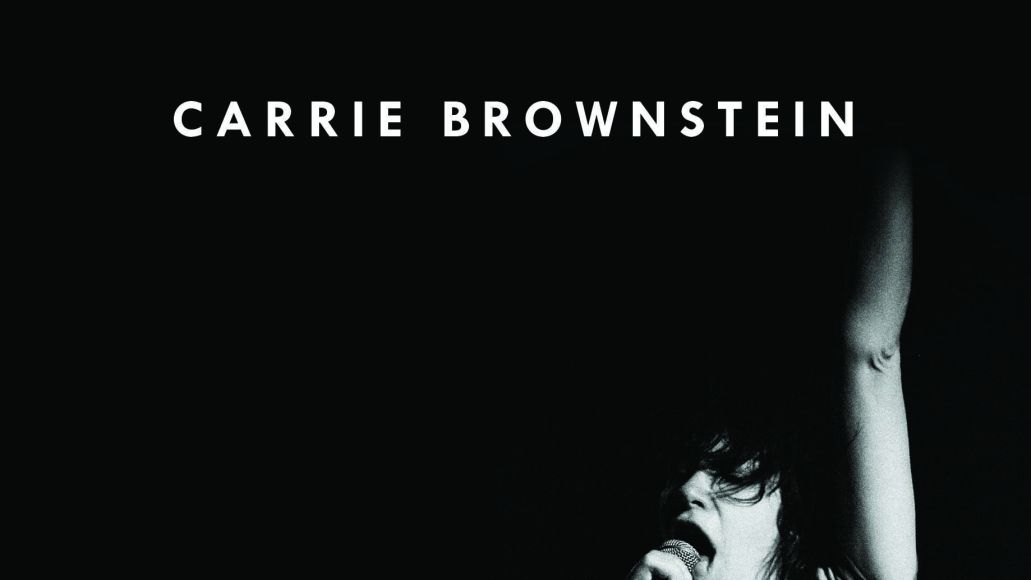 Sasha Geffen (SG): Sleater-Kinney hit me too late to be part of my teenage indie rock fandom, so I played catch-up when No Cities to Love came out earlier this year. I’d jammed on the Wild Flag record a few times before then, and I had caught a couple episodes of Portlandia, but Carrie Brownstein had been peripheral to my cultural universe. I did the most research on her when I was writing my piece for our FACES issue last winter, where I took a fictional look at how Sleater-Kinney might have worked on me if I had been a teen in the ’90s instead of in the aughts. So while I appreciated her presence in music (less so on Portlandia – not my thing), I came into this book pretty blank.

Matt Melis (MM): Well, at least we’re equally unqualified to be doing this then. I’m also a total S-K neophyte who, until recently, needed visual confirmation to distinguish between Corin Tucker and Brownstein’s vocal contributions. I really have no excuse, though. I actually caught Sleater-Kinney twice in concert opening for Pearl Jam many years ago — a tour Brownstein cites here as being critical to the band’s development. I can’t remember either of those sets. God, I hope I wasn’t obnoxiously chanting “Eddie” or something between their songs. My true introduction to Brownstein came during a Portlandia Netflix binge (also not my thing — I just like to binge), which feels like such a strange way to meet a person — through absurd sketch comedy characters. I’ve also never read her prose until now. Again, why did they ask me to do this?

Our Compliments to the Chef

SG: I’m really excited for teen girls to read this. It’s so easy to look up at musicians and actors as impenetrable figures who aren’t subject to the same anxieties normal folks are, but Brownstein writes beautifully on what it’s like to transition from being an awkward kid to an awkward teen to an awkward adult. If you grow up a little outside the norm, if you get hurt growing up — and who doesn’t? — then adulthood can feel like high school for decades. You get better at handling your shit, but the shit never goes away. Brownstein elucidates that ongoing struggle here; it doesn’t “get better,” it’s just that you get tougher as you go along.

MM: Teens in general should relate to Hunger. Brownstein begins by saying that her memoir is about searching for “something that could steady me, somewhere I belonged.” That’s the mission of practically every teenager as he or she negotiates those confusing, often hellish years. For Brownstein, music became that steadying influence and Sleater-Kinney the place where she finds acceptance. Really, this book reads as a love letter to both music and her band (note that she dedicates the book to Corin and Janet), and I love finally tucking in with a musician’s memoir that directly speaks to what music means to her. By showing us just how intertwined her personal identity and Sleater-Kinney are, Brownstein allows us to share in both her elation and devastation during the band’s triumphs and setbacks. It also makes No Cities to Love and Sleater’s rebirth as a touring act feel absolutely vital and anything but a bland reunion. Again, so rare to find a music memoir that so profoundly relates to the music itself. This band is her life. 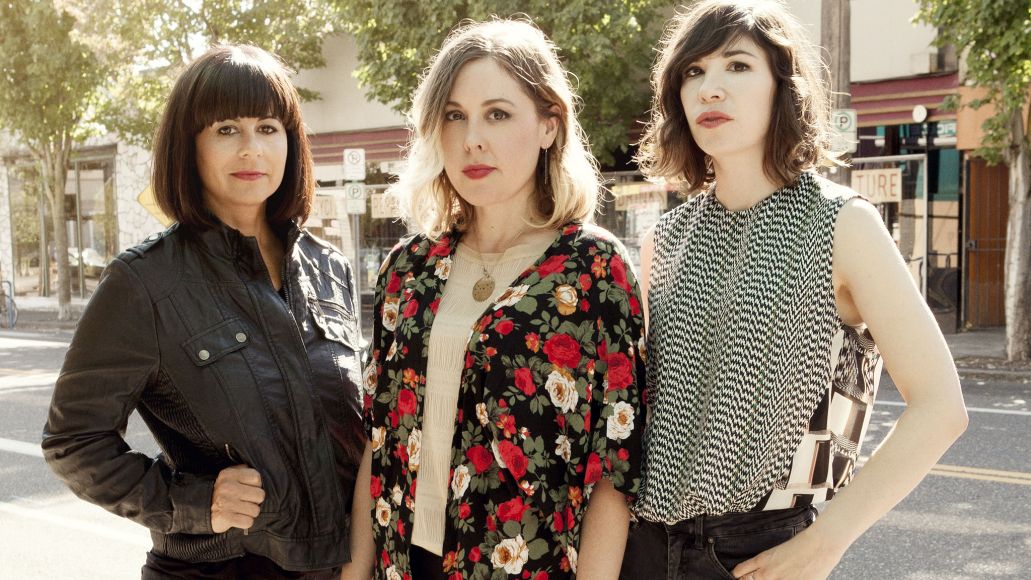 SG: The history of Sleater-Kinney that makes up most of the book is great, but my favorite part is absolutely the chapter on her pets. It feels like Brownstein has a whole other memoir in there about her time volunteering at an animal shelter and building a four-legged family of her own, only to have it go wrong the same way her original family did. Her anecdotes about animals are so vivid — I cried at the last one — and they say more about her as an individual than the stories of her trying out for bands and being a teen misfit, which felt fairly rote. Pets make a great magnet for pathos, and Brownstein uses that pathos to carve out a deep portrait of who she’s been and who she wants to be — not an easy feat.

MM: I imagine, in certain respects, strapping on a guitar in front of thousands or dressing up as a character who will be viewed by millions ironically allows a performer to hide or set aside uncomfortable parts of themselves. Writing a memoir, on the other hand, requires an author to allow readers in. In Hunger, Brownstein bravely puts herself out there. Whether talking about her family, her band, or her own headspace, she allows herself to be vulnerable. One scene in particular — one that Brownstein says once “destroyed” Sleater-Kinney — will open eyes and make readers recalibrate how they look at this successful artist who, as Sasha pointed out, we assume has it all together. But in this moment, disturbing as it is, readers won’t look down upon or pity Brownstein. They’ll care for her and admire her courage. The best memoirs take these risks, and Hunger finds itself on the verge of belonging to that echelon.

What We Spit into Our Napkins

SG: There are moments where Brownstein’s describing Sleater-Kinney’s early days when she gets a little too abstract for me to stay on board. She touches on some of the political motivations of punk and riot grrl, but doesn’t really share how they were put into effect. I know riot grrl in particular has a history of trans-exclusivity and white centricity, so to see her brush that over by talking about how anti-racist and anti-transphobic everyone was in those days was a little weird. If you’re going to get into the politics of that scene, it’d be great to see some accountability for its deficits, or at least some insight as to how those politics were put into practice. This is a memoir, not a screed, but some of the ruminations on the scene felt a little shallow. Also at one point she says that she wanted femaleness to be “more than gender,” and I have absolutely no idea what she means. Moments like that sound important but don’t leave me with too much — the concrete retellings and imagery from her memories do a lot more for me than the bloviating on politics.

MM: I probably learned more about those subjects in your one-paragraph response, Sasha, than I did in Brownstein’s entire memoir. Maybe that’s not a fair criticism on my part. It’s not what Hunger aims to be about, but she also can’t faithfully tell the story of Sleater-Kinney without addressing some of those gender issues. Sharp lines like “I doubt in the history of rock journalism and writing any man has been asked, ‘Why are you in an all-male band?'” made me wish she would’ve expounded more on those topics. She doesn’t skirt these issues, but she also doesn’t shed much light. After reading Hunger Makes Me a Modern Girl, I feel like I understand the “Hunger” but have no idea about the “Modern Girl” part. Maybe next time out. Now, back to my man cave to watch Gilmore Girls.

We’ll Take That to Go

SG: Brownstein’s a great writer and Hunger is a smooth, electric read. She carries a lot of humor and gentle self-deprecation throughout the work, and I feel like I have a better grasp both on her as a person and on the whole period from the mid-’90s to the mid-aughts. I was a kid then, and reading about someone who lived through that time as an adult casts light on events I experienced in a highly filtered way. The book also makes a great album-by-album discussion of Sleater-Kinney’s discography if you’re into extended liner notes or in-depth writing that makes you appreciate music from new angles. I’m definitely going to dive back into their catalog now that I’ve read it.

MM: When evaluating a music memoir, I ask myself two questions: Does the book make me want to immediately begin rummaging through the artist’s catalog, and do I feel a newfound familiarity with the author? In the case of Hunger, both questions earn a resounding “yes.” No Cities to Love is blaring in my earbuds as I type, and again, this memoir will place readers in Brownstein’s headspace in a way that will ultimately make them appreciate her more both as a performer and a person. Any minor style shortcomings she may have are easily overcome through brutal honesty and thoughtful self-analysis. Hunger is like sitting down as a person you care about explains to you who they are and why. I really enjoyed listening.

Riverhead Books has partnered with Sub Pop Records to offer a sweepstakes to win a trip for two people to New York to see Sleater-Kinney play in December! Pre-order Hunger Makes Me a Modern Girl and enter the sweepstakes here.