Here’s a bold claim for you: CHVRCHES is one of the best band names of the 21st century. It fits them to a T: the Glaswegian trio’s synthpop is always emphatic and, at its best, downright transcendent. But as the sharp point of the V in their SEO-savvy banner signals, Lauren Mayberry, Iain Cook, and Martin Doherty are smart musicians who never let their music simply float off into the stratosphere. Theirs is always a skilfully controlled ascent.

(Read: All Eyes Open – An Interview with CHVRCHES)

Setting the stage for CHVRCHES’ aforementioned rocket blastoff in Chicago was Mansionair, who’ve been officially co-signed by the headliner; their debut EP, Hold Me Down, was released on CHVRCHES’ label, Goodbye Records, last year. In their short opening set, the young Sydney band tried to win over the audience with their mid-tempo, falsetto-heavy blend of synthpop and indie rock. They channelled Tycho’s chillwave, weaved in some Caribou-esque electronics, and at one point went full-on Disclosure with a short blast of house in the middle of an otherwise sedate song. This all went over well with the young and fairly drunk crowd, but their biggest misstep was playing a slowed-down, chilled-out cover of Future Islands’ “Seasons (Waiting on You)”, which erased the song of its essential, breast-beating emotion. 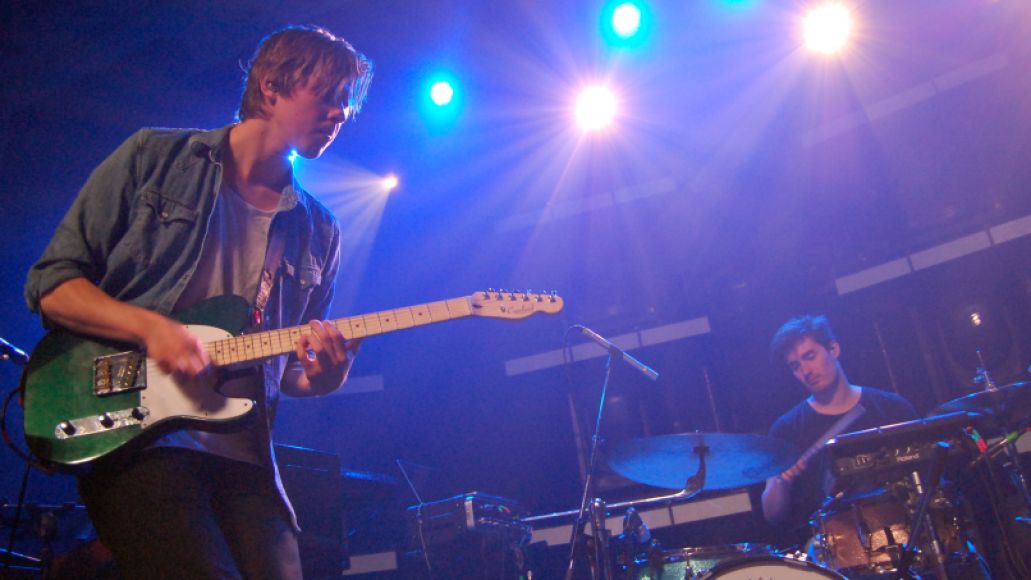 CHVRCHES, like Future Islands, aren’t afraid to wear their hearts on their sleeves. After all, cheesy choruses make for the best sing-alongs – just ask anyone at the Metro who belted the words to “Make Them Gold”. When you hear it straight from Mayberry, CHVRCHES’ lyrics lose their schmaltz and sentimentality. They become edicts and commands. When Mayberry sang “I’m chasing the skyline more than you ever will,” I believed in her boundless ambition. When she told me to “bury it and rise above,” I was ready to slay my own demons. 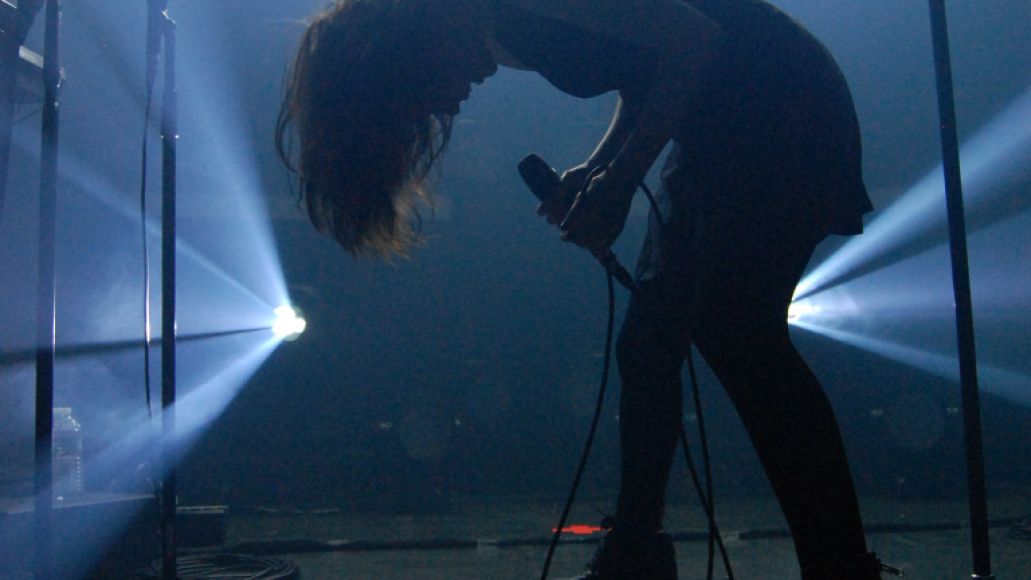 It’s safe to say that years of performance have turned Mayberry into a riveting, seasoned frontwoman. Throughout the night, she methodically prowled the stage, mic cord in hand, staring down members of the audience with clear-eyed conviction. She occasionally retired to the back of the stage with her arms raised and fists clenched, caught up in the sonics. Meanwhile, Cook and Doherty moved and bopped as much as they could while maintaining pinpoint precision on their instruments and synths.

Doherty got his moment in the spotlight during “Under the Tide”, singing with earnest enthusiasm and commanding a massive, wordless sing-along. While that was the moment of CHVRCHES’ set that felt the most rote (“oh oh” crowd vocals are a dime a dozen in pop music), that’s not to say it wasn’t fun. The proggy “Science/Visions” gave the crowd a breathtaking light show, but with its clouded, less straightforward lyrics and structure, it strays from the CHVRCHES formula: direct, defiant proclamations over glittering synth lines. Although these were the weakest points in their set, it says something about CHVRCHES that these moments were not actually disappointing; rather, they simply illuminated the band’s strengths. 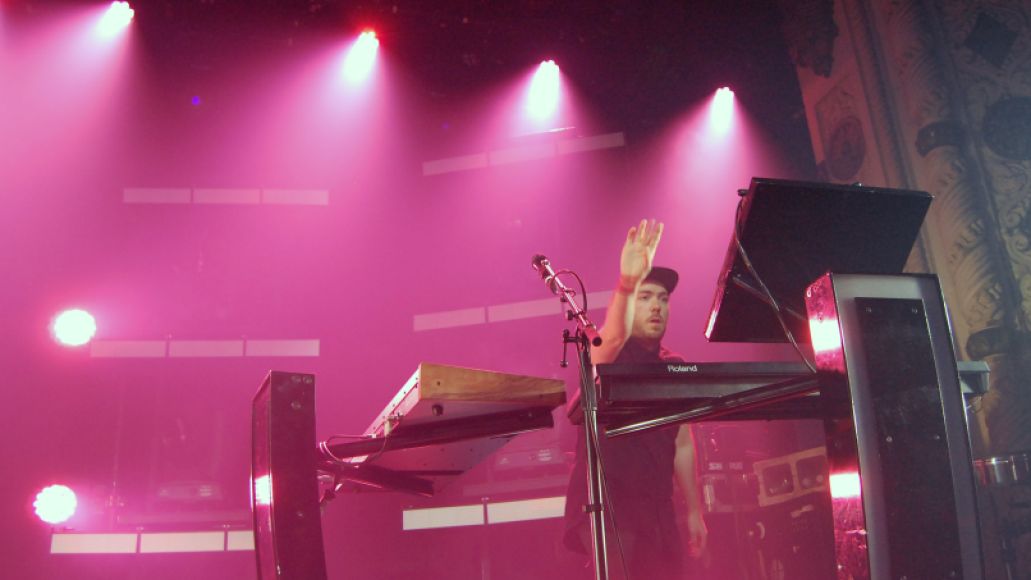 When CHVRCHES weren’t performing, they were chit-chatting with the audience about everything from a scummy photographer who tried to upskirt Mayberry early on in their career and the “trashy movie night” they had planned in a cinema somewhere in Missouri the next day. They took questions from the crowd and even started a chant to convince Cook to stand on a box at the edge of the stage for more elevation. Although CHVRCHES are well known for being a down-to-earth band – they’ve been hanging out with fanclub members on every tour stop and creating customized Spotify playlists for each meet-up – it was still gratifying to see them so unaffected and grounded in between songs. Despite the crowd noise, Scottish accent, and speed at which Mayberry talks all conspiring to make her words difficult to understand, I swear this was how she summed up their success: “I think that’s why people like CHVRCHES. We’re human beings.”

Setlist:
Never Ending Circles
We Sink
Keep You on My Side
Lies
Make Them Gold
Empty Threat
Tether
Playing Dead
Science/Visions
Gun
Bury It
Under the Tide
Recover
Leave a Trace
Clearest Blue
Afterglow
The Mother We Share