When I was 15, I had the pleasure of seeing Garbage open for the Smashing Pumpkins at the Hampton Coliseum, a venue that would later host my high school graduation, a Phish reunion, and plenty of gun and monster truck shows. In the 19 year haze since, two memories stand out.

First, I tried, and failed, to meet up with an acquaintance from a local BBS. The days when cell phones were a rarity? Truly the Dark Ages. I’d like to tell you that we eventually had a “Disco 2000” style meetup, perhaps at the Greek almost two decades later, but I can’t. At this point, I don’t even remember her real name, just that she went by “Kornflake” (yes, like the band) and her sign-on message was “Skinny dipping in a pool full of piss.”

That second memory? While Billy Corgan and company seemed on the verge of becoming the biggest band in the world at the time, it was Garbage that stole the show. And they made it look so easy. Compared to the merely sufficient live renditions and black hole of charisma of the Smashing Pumpkins, Garbage truly dazzled, especially due to the charm and vocal prowess of Shirley Manson.

The aforementioned tale of an unsuccessful attempt to catch the attention of a cyber crush who was on the floor while I was in the seats of the arena (I wasn’t allowed on the floor and was under parental supervision) may seem like an excess of superfluous detail (sorrynotsorry), but what I learned Thursday night at the Greek Theater is that everyone at the show seemed to have a Garbage story.

My friend listened to them on the way to and from work daily when working at her beloved Disneyland and never got to see them before. Garbage helped other fans with being LGBTQ in the era of “Don’t Ask, Don’t Tell.” Some fans even lost their virginities to the band’s self-titled debut or the soundtrack to Romeo and Juliet. 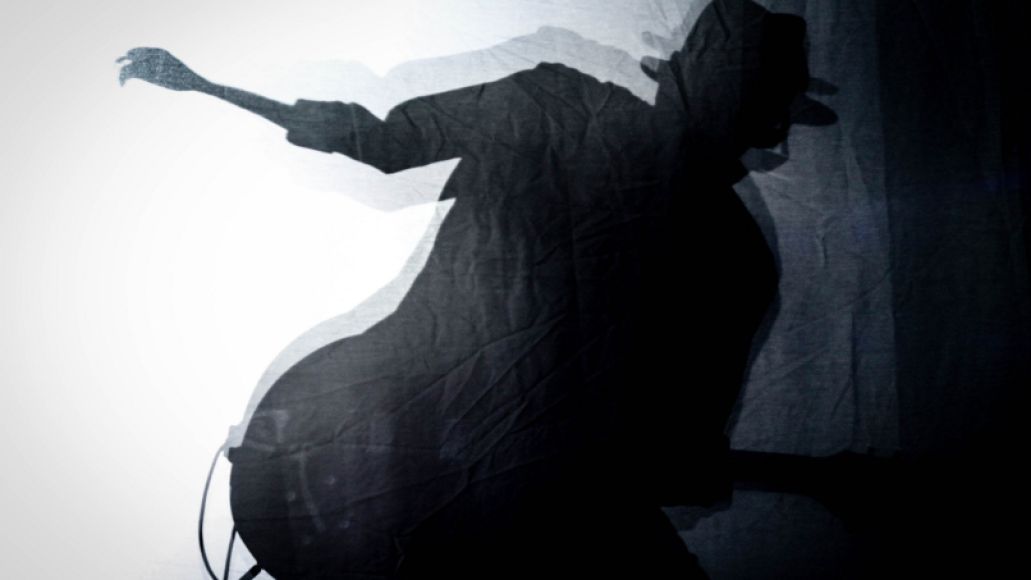 These experiences meant the show wasn’t a typical entertaining trip down memory lane. Rather, it was an emotional voyage. Why revisit a time when you can relive a feeling?

Not one for subtlety, Garbage started the show with an amusing collage of home videos featuring the band mixed with footage of OJ Simpson and the early days of the Internet. The video set an unabashedly nostalgic tone for the evening prior to opener “Subhuman”.

During “Subhuman”, the band performed behind a white curtain, appearing only as animated silhouettes. The photographer in me resented spending a third of my limited shooting time taking photos of a curtain, but the drama geek in me? Loved it.

Once the curtain dropped, Garbage whipped the fans in the pit to a frenzy with a potent one-two-three punch of “Supervixen”, “Queer”, and “Only Happy When it Rains”. For most bands, playing such a strong opening run would mean they climaxed too early, but Garbage isn’t most bands.

Clad in pink and rocking a a mic stand adorned with a matching feathered boa, Manson revealed a rock star stage presence that has refined over the past two decades. She remained grounded on the mortal plane, though, thanks to occasional self-deprecating comments and stories. 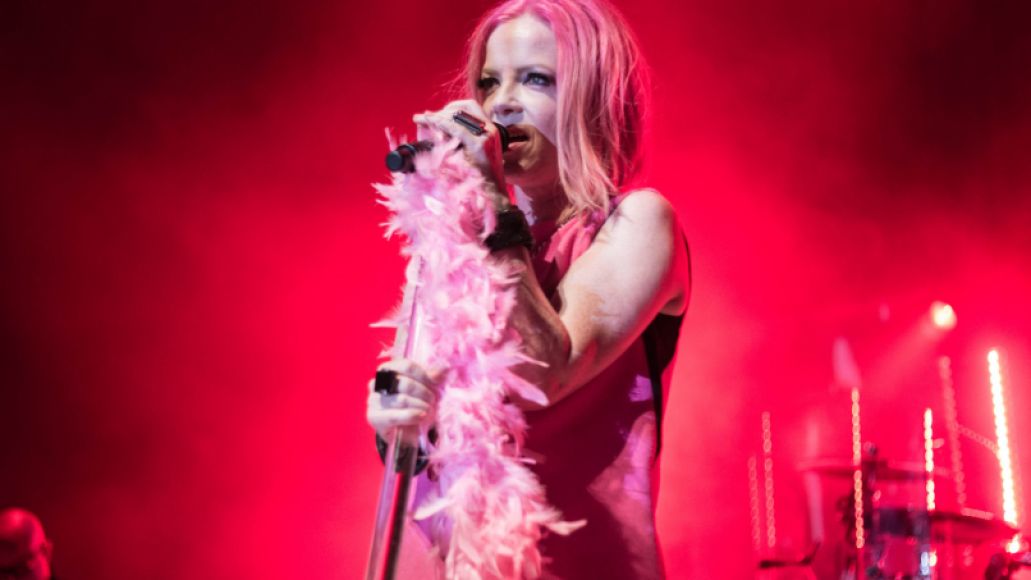 “If you ask for a refund, I’m going to charge you double, motherfucker,” snarled Manson before covering Vic Chesnutt’s “Kick My Ass”. An unlikely prospect, because the fans remained captivated and warmed by cathartic bliss through the two-hour run of Garbage and crowd-pleasing deep cuts and covers.

The rest of the band hid in the shadows of the rear while cloaked in black. Although the spotlight remained on Manson throughout the night, Butch Vig shared a mid-set tale of how the band had to record a lot of B-sides in a short amount of time for the European market.

In contrast to most anniversary album gigs, Garbage rarely sounded bound to the ’90s. Their mix of wicked, grungy riffs and trippy, danceable samples and loops exuded freshness because the band was ahead of their time.

In 1995, their radio-friendly rock tinged with experimental sounds gave hope to an increasingly bleak mainstream and served as a gateway to the likes of Portishead. Live in 2015? Garbage‘s marriage of rock and dance is still in the honeymoon phase.

At the Greek, Garbage proved they are going 20 years strong, and their legacy demands closer observation. 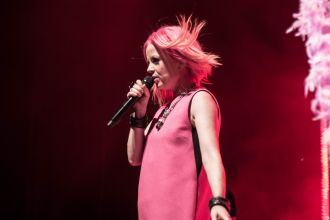