Xiu Xiu plays Twin Peaks at a giant church in North London? Will it be filled with secrets and might the birds sing a pretty song? As the venue quickly filled for the evening’s concert, the air was pregnant with background chatter. The setting itself was imposing: an enormous 18th century church located on its own considerable grounds, now doubling as a 1,400-capacity live music venue. By day, the building’s massive windows flood the cavernous inner space with light — all very well when the sun is shining, but not that helpful at night. The stage was starkly dressed with a single, bright spotlight set towards the back, dramatic but not great for most of the audience seated downstairs who had nothing else in their sight lines to block it out.

It was nearly dark enough to miss a duo taking the stage and positioning themselves in front of a sound desk. A MacBook was about the only recognizable shape as a constant synth drone sounded and a face was projected on the wall at either side of the central window, overlaid with visual effects. The face was not Laura Palmer’s. Ronette Pulaski, perhaps? No, as the drone gave way to modulated drum beats, synth stabs, and breathy vocal effects, it became increasingly clear this was not a reworking of “Laura Palmer’s Theme”. The music was oddly engaging and was received with ripples of applause, but when the duo left, we were still none the wiser as to who they were and what we just heard.

After a lengthy interval during which Xiu Xiu prepared on a stage still largely shrouded in darkness, the Twin Peaks soundtrack performance finally began. The single spotlight remained the sole illumination, save for small lights on the instruments. It was unnerving and disconcerting, rather like you were about to be interrogated. “Laura Palmer’s Theme” opened with an insistent bass line while Angela Seo’s resonant piano slowly glided across the opening melody. The cheerless mood was relieved by Shayna Dunkelman’s vibraphone, but made heavier by clanging percussion. “Into the Night” then heralded a reverb-heavy vocal from band leader Jamie Stewart. His guitar lines were suitably tortured and amplified with white noise, yet retained a clear relationship to the root melody — a duality which became an overriding theme for the evening. 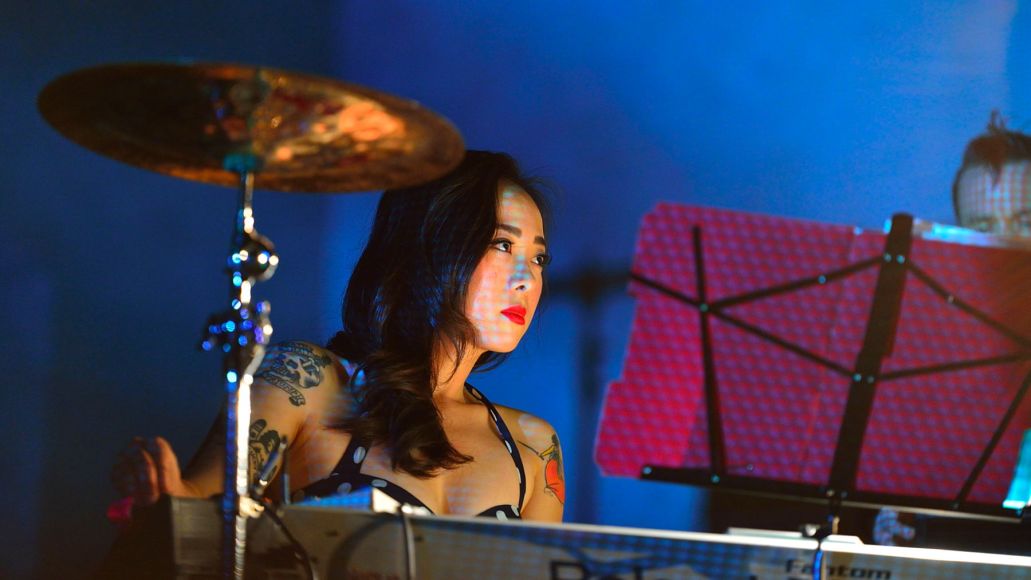 During “Audrey’s Dance”, the jazzy finger clicks were replaced by rising and falling bass synth notes amid swirling noise, vibes being the only concession to levity. “Nightsea Wind” saw Stewart and Dunkelman move to stage left to join Seo, and the trio unleashed a battery of synth noise and fractured sounds that grew ever louder before dying away. “Blue Frank / The Pink Room” highlighted heavy drums and screeching guitar with a sweat-soaked Stewart growing animated in the gloom, even getting down on his knees for a big rock finish. A few people in the oddly youthful audience (considering the vintage of the series) began to leave. Though it may not have been what each and every onlooker expected, it was quite riveting and equally exciting to anticipate what might come next.

“Harold’s Theme” proved to be a definite highlight. The song signaled a change of mood through chiming guitar and sonorous piano underpinned by soft synth. It was a welcome respite, a highly evocative interpretation in which you could almost smell the orchids in Harold Smith’s conservatory. The crowd reserved its greatest appreciation, unsurprisingly, for “Falling”. Xiu Xiu’s version descended from recognizable beginnings into nightmare via a piano and guitar duel. It was difficult to shake the image of Julee Cruise singing at the Roadhouse during this powerfully distraught version, even though Stewart’s singularly peculiar vocal style (think opera meets lounge croon) diverged sharply from Cruise’s inimitable purity on the original soundtrack.

The performance closed with Dunkelman reading from Laura Palmer’s secret diary in the high-pitched voice of a teenage girl. These were the only words of any kind spoken during the entire evening. The explicit, confessional words made for uncomfortable listening, but brought home the dark realities of the character’s fate. Stewart then gave a short blast of “Mairzy Doats”, harking back to Leland Palmer’s maniacal version after the tragedy of Laura’s death tipped him into madness, before the piece resolved back to the persistent bass of the opening theme. 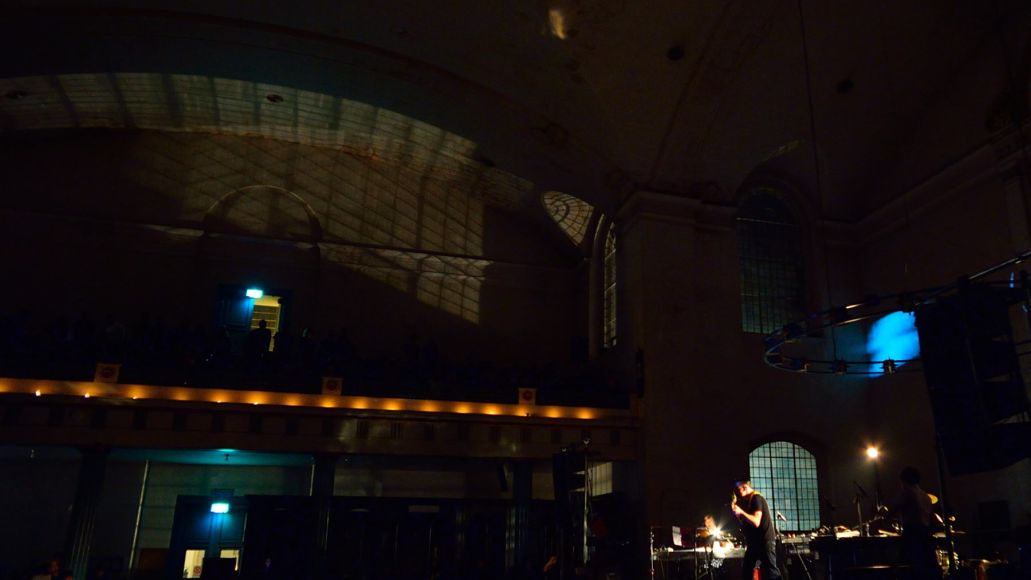 Any criticism that Xiu Xiu’s interpretation of the original soundtrack eschews the wholesome aspects of the series’ storylines for its prevalent dark side should be met by a simple reference back to its inception. The band was commissioned by the Queensland (Australia) Gallery of Modern Art to create a new interpretation of the music from Twin Peaks, emphasizing its chaos and drama, for a special performance to accompany the David Lynch: Between Two Worlds exhibition. And accentuate its chaos and drama the performance certainly did. “There is no way that we can recreate Badalamenti and Lynch’s music as it was originally played,” Stewart explained. “It is too perfect and we could never do its replication justice. Our attempt will be to play the parts of the songs as written, meaning, following the harmony melody, but to arrange in the way that it has shaped us as players.” 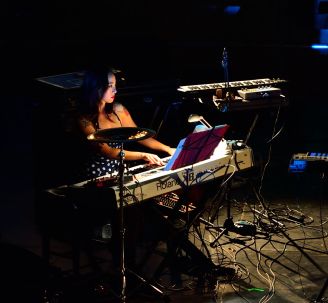 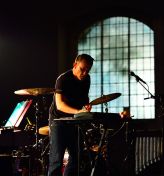 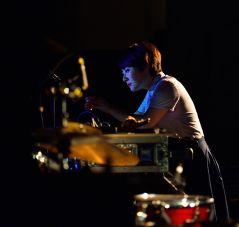 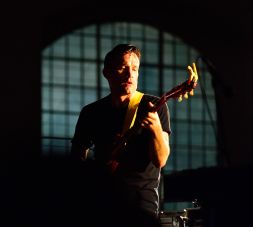