Embracing the spirit of the season, alt-rock trio RNDM have decided to premiere new single “Ghost Riding” just in time for Halloween. Okay, so the title track to the band’s upcoming sophomore LP isn’t about those kinds of ghosts, but it is haunting in its own way. Diverging from the more straightforward rock sound of his main squeeze, Pearl Jam, bassist Jeff Ament has used RNDM as a vehicle for new songwriting approaches. “‘Ghost Riding’ embodies what we went after on this new record,” he explains, citing the song’s “unique sounds, grooves, and uncomfortable instrumentation.”

Backed by an acoustic guitar and all manner of other swirling sounds, singer-songwriter Joseph Arthur paints a vivid, yet somehow slippery picture of youth. “I know you know we’re still young”, he sings in the soaring chorus, and the song’s central image of “ghost riding in the sun” is one that captures how bright and elusive childhood can feel in hindsight.

Let’s hope we get more of the same on RNDM’s Ghost Riding, the follow-up to the band’s 2012 debut Acts. The album will be released on Dine Alone Records in digital, CD, and vinyl formats on March 4th, 2016. For now, Spotify users can listen to the title track below. 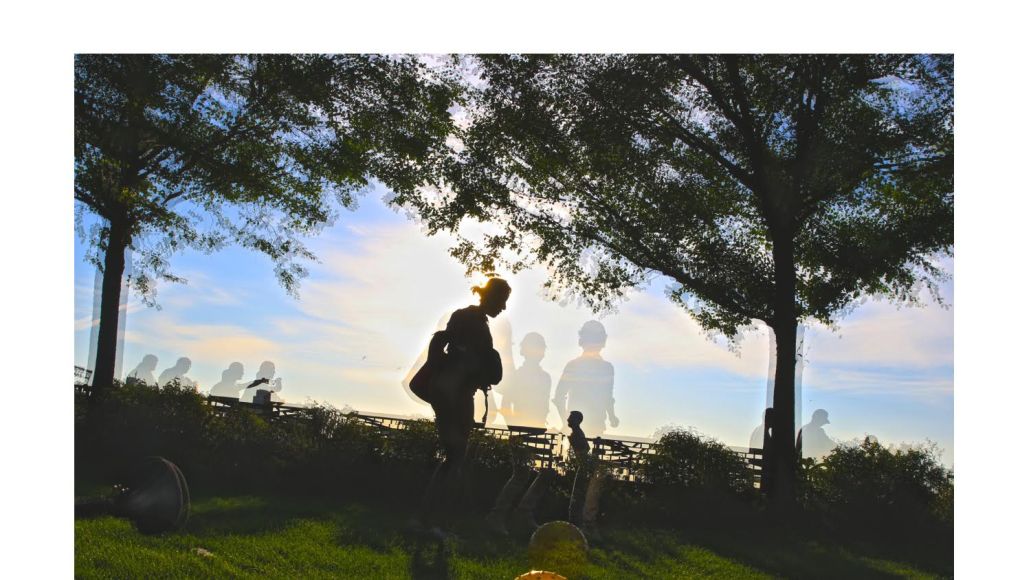