Did you know that when Sandra Bullock won her Oscar for The Blind Side, at about the same time she also won a Razzie for Worst Actress in All About Steve? And she was equally excited about both awards, glad to show up for both ceremonies. Shucks, she even brought DVDs of All About Steve to The Razzies. Who but Sandra Bullock could swing back and forth like that and still keep making movies with a smile?

Bullock’s made a career out of her unbelievable flexibility. She can be the comic relief, the point person, the charmer, the flake, the manic pixie, the strong and feisty lead, and in some cases, a witch. She can be snarky, silly, sincere, sexy, or sullen. Name other actresses with her studio-level bankability, affability, and integrity. That’s why Sandra Bullock’s one of the best and most commercially appealing actresses working in Hollywood today. Regardless of the material, Bullock will show up, give her best, and often be viewed as the best part of a movie. She’s good and honest — hard qualities to live by, but that’s what makes her such a mainstay.

With the release of Our Brand Is Crisis, we thought it was time to look back at 25 years of Bullock performances, and ask, “What were her best?” Whether she was pants-wettingly funny, wildly likable, or just gosh-darn moving, we got the Best of Bullock right here. 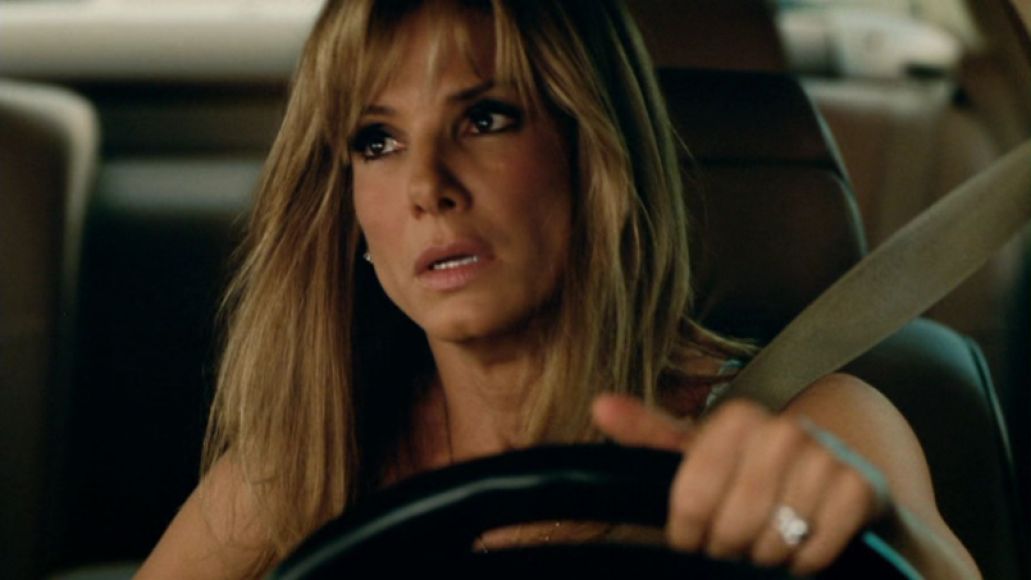 It is with great ambivalence that we include The Blind Side on this list. It is, at best, a middling film. Even if it weren’t a comfortably middlebrow liberal fantasy that embraces the frustratingly resilient white savior trope, the based-on-a-true-story film about Michael Oher, a homeless young black man who earns a college scholarship and gets drafted by the NFL after being taken in by a white family, would still be a tepid and sanctimonious affair. And the real-life Oher is not a fan.

But Bullock’s endearingly earnest performance as adoptive mama bear Leigh Anne Tuohy did earn the star the SAG, Golden Globe, and Academy Awards for Best Actress that year, and it is a testament to her seemingly unfailing ability to find humanity in every character she plays. It’s also a perfect example of how Bullock can make anything — or almost anything short of Crash — worth watching.

Best of Bullock: It’s a simple and slightly pandering moment, but armed with a brassy countenance and a large glass of wine, Bullock brings an almost Tami Taylor-level likability to The Blind Side’s Thanksgiving scene. 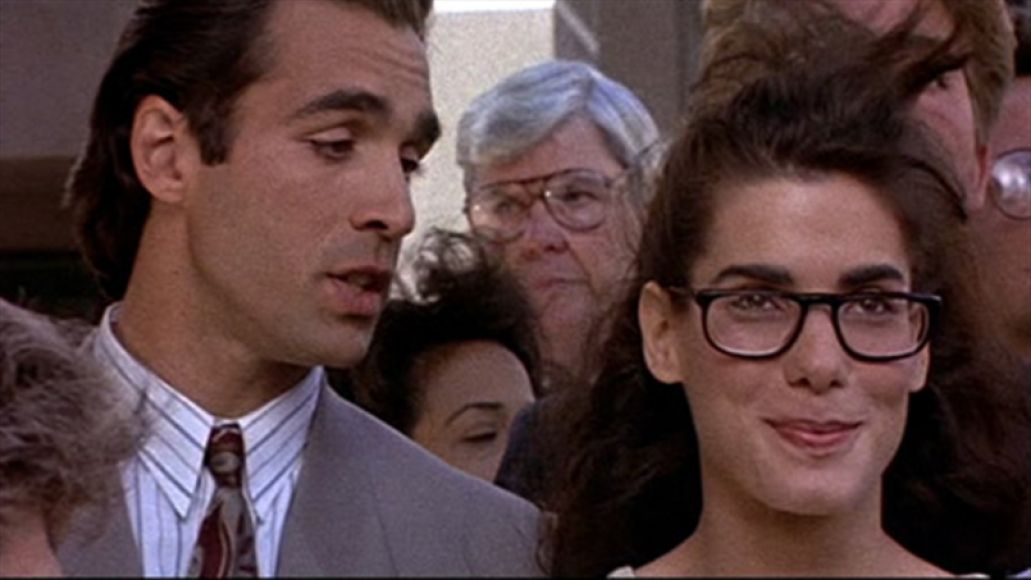 Love Potion No. 9 is a poor man’s Billy Wilder film, a rom-com with a high-concept plot device right there in the title. This is a movie that suffered from its lead becoming popular just a little too late (less than $1 million in box office returns, YEEEOWCH). So, when Sandra Bullock broke out in 1994 with Speed, Comedy Central re-played the hell out of Dale Launer’s light, Nutty Professor-esque farce about a big-eyebrowed, bespectacled scientist getting her hands on a magic, sexifying elixir.

Love Potion No. 9 is the kind of movie where the studio re-releases it on home video with new art to focus on marketing a star’s rise, that’s for certain. But there’s an appeal to the movie, and it’s not an exact science: Sandra Bullock’s really good and sweet and totally attention-grabbing.

Bullock brings the buck teeth, the eyebrows, and a smirking sense of play to the mid-level movie about scientists in love. Watching the curly-haired Tate Donovan score with tons of promiscuous women is neither fun nor all that funny. But watching a fresh-faced Bullock tease princes and moguls shows the early promise and charming abilities Bullock had at the ready. She’s a total sweetheart in a lab coat.

Best of Bullock: Would you look at how much fun Bullock’s having while letting a horned-up Italian paramour flirt with her? It’s all in the smile and the natural, casual way she carries herself. 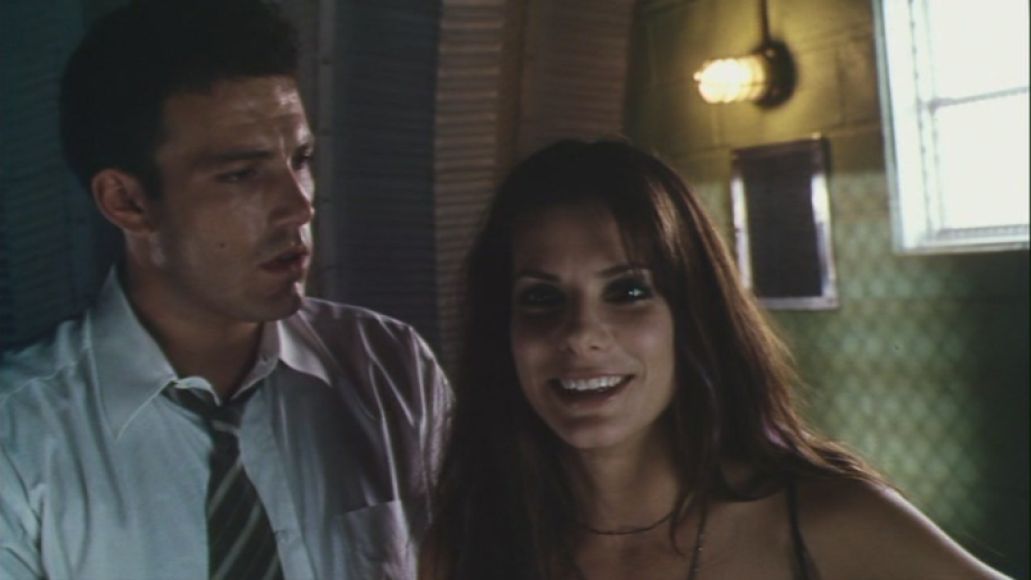 Sixteen years later, it’s easy to cringe at this late-’90s romantic road trip comedy. But what you have to remember is that this movie, which features an unfulfilled blurb writer named Ben (Ben Affleck) questioning his imminent marriage as he goes on a cross-country adventure with a wacky and fun-loving young woman named Sarah (Bullock), predates both Affleck’s obvious on and offscreen sliminess and the Manic Pixie Dream Girl trope. This kind of movie was neither tired nor uncomfortably close to real life just yet.

Bullock’s proto-MPDG character also manages to bring a lot more humanity to the table than most of her successors have managed since. Yes, Sarah’s quirky. You can tell because she has a purple streak in her hair. And yes, she largely exists to help Affleck’s character learn important lessons about his life. But Bullock refuses to let her character remain a left-of-center cypher and packs her performance with as much thoughtfulness and depth as the script will allow.

Best of Bullock: At one point, Ben and Sarah’s misadventures lead them to a strip club where they must perform for money. It’s a ridiculous scene based on the even more ridiculous premise that anyone at that club would be interested in seeing that doofus version of Affleck half-naked, but damned if Bullock doesn’t sell it for everything she’s worth. 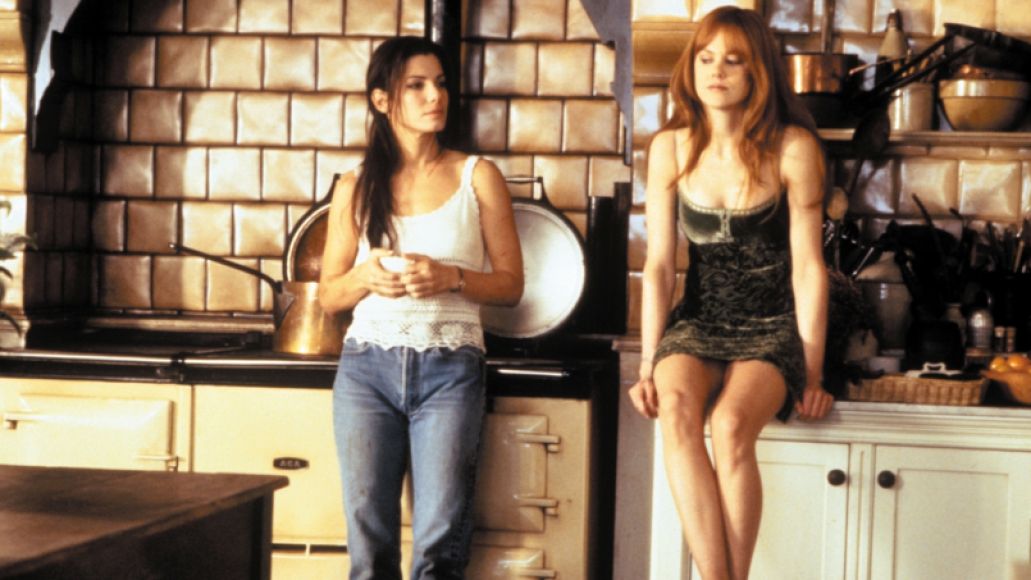 Critics didn’t think much of Practical Magic when it premiered, dismissing the film about a pair of wildly different sisters, who must band together to end a curse that condemns every man they love to death, as an uneven mix of romance, slapstick, magic, and drama. But the supernatural romantic comedy almost instantly hooked a passionate fanbase that remains loyal to this day.

Bullock, who plays the uptight and constantly flustered sister Sally to Nicole Kidman’s free-spirited Gillian, is a large part of the movie’s enduring appeal. Whether she’s playing off her fellow witches in Kidman, Stockard Channing, and Dianne Wiest, or nervously flirting with Aidan Quinn’s Gary (whom her character swooningly describes as “nice in a very penal code sort of way”), she’s always a delight to watch. 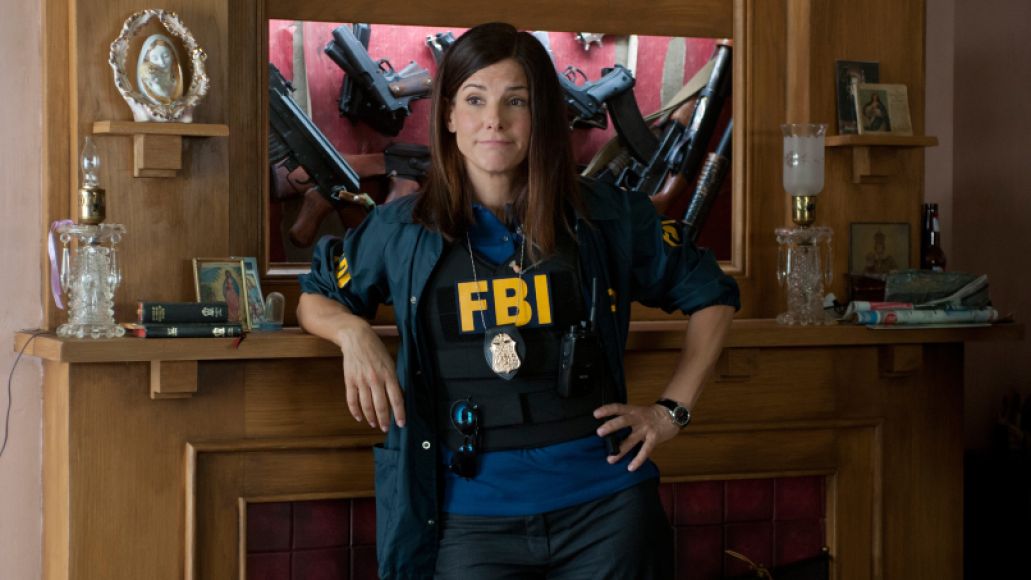 Say what you will about Paul Feig’s formal tendencies as a director, but the man has a deft sense of humor and impeccable taste in casting. Bullock brought straight-laced, uptight amusement to Feig’s 2013 buddy comedy as Ashburn, the talented and resented FBI agent stuck with crass super-cop Mullens (Melissa McCarthy). It was a comedy of odd coupling, as the duo work to crack down on a drug kingpin, or something.

The Heat was all about pairing the hotter-than-hot McCarthy with a very wound-up Bullock, and they bounce off each other so well, playing around within broad characterizations and turning them into something genuinely interesting and amusing. Bullock takes a stuffy caricature and makes it a fleshed-out person with gifts and foibles. But it’s not at Bullock or her character’s expense. Bullock has total control of the joke, and every situation, no matter how lame she may look, and Feig got Bullock in top awkward comic form.

That is to say, there’s genuine humor, humanity, and tragedy in having a glum Bullock take care of her neighbor’s tabby cat, unbeknownst to them. Tragicomic.

Best of Bullock: Maybe it’s the character, or maybe Bullock’s not a born improviser like her counterpart McCarthy, but watching her run the gamut from outrageous disdain for idiot colleagues to meltdown-level swearing and gibberish is something she does far too well. It’s arguably the silliest and most unrestricted moment in Bullock’s career.