Over the past two decades, Wolf Eyes have evolved from underground curiosities into noise music pioneers. The Michigan trio, whose current lineup comprises Nate Young, John Olson, and James Baljo, have built a reputation through years of extensive touring and a remarkably prolific output. A brief glance through their Discogs page shows nearly 300 releases, from proper studio albums and live recordings to home-recorded tapes and CD-Rs. In the past few years, the band has slowed its release schedule; its last major release, No Answer: Lower Floors, arrived in 2013. After a solid year of writing and recording, Wolf Eyes now prepare to release a new album, I Am a Problem: Mind in Pieces, due out on October 30th via Third Man Records.

The record marks the band’s first on Jack White’s heralded label, but as they move forward, Wolf Eyes are also turning to the past. This summer, they began to upload a trove of rare recordings dating back to 1997 on Bandcamp, including a series of buried tapes and live releases from throughout the group’s career.

Wolf Eyes have undergone many changes: two prominent lineup shifts, many different labels (including a brief stint on Sub Pop), and more recently a move away from noise music to a new genre the band describes as “trip metal.” From being a friend and associate in the late ‘90s to joining Wolf Eyes around 2000, Olson has been a part of the band’s journey throughout its lifetime. Speaking over the phone from his home in Lansing, Michigan, while helping assemble zines for his friend Sean Bonnette of Andrew Jackson Jihad, Olson discussed his journey with Wolf Eyes, going over the origins of the band, his memories of touring, lineup changes, trip metal, and what he feels is the strongest album the band has made to date. 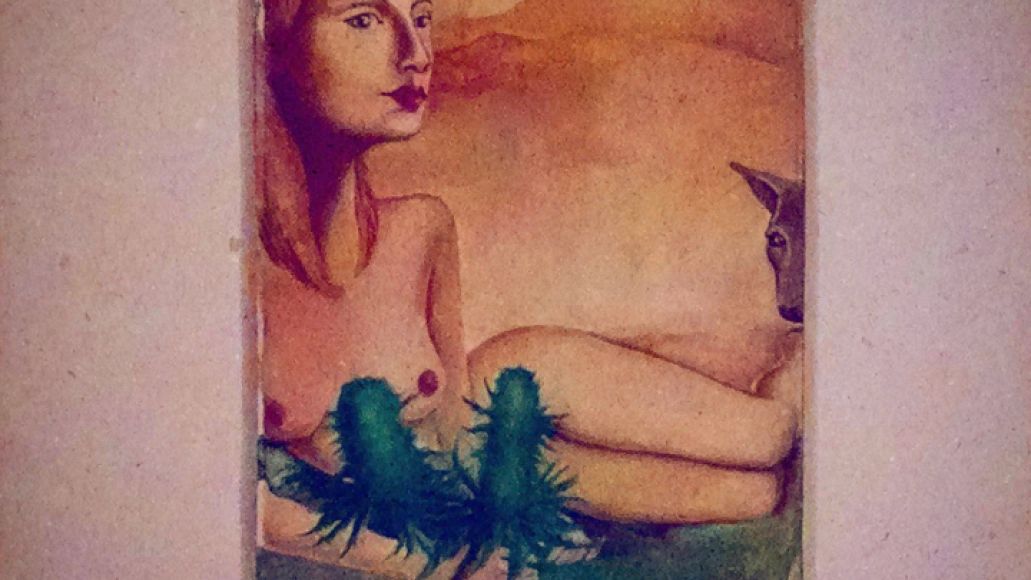 Wolf Eyes formed in the late ’90s as The Michigan Wolverines, then a solo project of Nate Young. Aaron Dilloway joined soon after, and the pair renamed themselves Wolf Eyes. In the early 2000s, Olson played in a band with Dilloway called Universal Indian, and Young would occasionally help out. They would often play shows together, switching off between sets, but one night in Ohio they went for a different approach. “It was a college town, there weren’t a lot of people at the gig, and there was free beer, so we were all a little loose,” Olson said. “We said, ‘Fuck it, let’s just do the whole thing as Wolf Eyes.’ That was our first actual gig together.”

A few gigs later, Olson decided to play a slab of sheet metal for an entire show, which impressed the other guys. They decided to let Olson join the band full-time. “Back in the days they would have groups of ladies who would sit there and write stories about them while they played, and in the back of my mind I thought that was the coolest thing,” Olson explained. “There was nothing I wanted more than to be in that band.”

The atmosphere of the underground noise scene in Detroit at the time was highly conducive for Wolf Eyes to establish their language. In the late ‘90s and early 2000s, bands were free to be oddities. “It was the wilderness,” Olson said. “Nothing was defined at all. It was the same kind of way noise was. You could totally be yourself; it was really fresh and individualistic.” Wolf Eyes would play on a weekly basis, either with rock bands or other noise bands, and were given the opportunity to show off their capacity as a live force.

Most of their shows in Michigan were house shows, which helped to foster a likeminded community of musicians and “other weirdos.” “It was mainly just playing for your peers, which at the end of the day is a lot more difficult than playing for random people. Your friends are going to be the most critical of your stuff,” Olson said. “It was definitely a secret society kind of vibe.”

House shows were an environment where Wolf Eyes could thrive. The recent shift toward more traditional venues is why Olson believes music in Michigan is at a standstill today. “Back in the day, that’s all you had,” he explained. “In the town I live in now, Lansing, there’s maybe one or two houses for shows, but there’s a lot of rules. You can’t just go in and freak out. It gets shut down by the cops, sometimes because of social media.” The days of hanging up flyers to promote a weekend house show with all your friends have passed, but that time provided a haven for the band to earn their chops. “We were all from that environment,” Olson said. “It was really fertile not just for playing live, but for being yourself. It was a really good era.”

The Neverending Story of Wolf Eyes