Hollywood has taken a lot of heat over the last few years for its hiring practices. From a lack of jobs for minority filmmakers to unequal pay for female leads, the idea of a White Male Movie Industry is dominating the headlines. Now, new data from the Center for the Study of Women in Television and Film at San Diego State University reveals that despite all the noise, not much is changing behind the scenes (via Variety).

In a study dubbed The Celluloid Ceiling: Behind-the-Scenes Employment of Women on the Top 250 Films of 2014, author Dr. Martha Lauzen reports that just 7% of the 250 top grossing movies of last year were directed by women. Look at the top 700 films — essentially every major and independent movie released — and that number only gets bumped to 13%.

The numbers aren’t much better elsewhere, revealing only 11% of the top 250 films featured female writers, 18% utilized female editors, and a meager 5% had female cinematographers. The best numbers were found in producers, with 23% of the jobs for the top 250 films being held by women. Still, there was an interesting disparity in female producers when looking at the top 700 films, as there was only a 4% hike in the numbers.

“The cultural zeitgeist at the moment is very concerned with providing more people with more opportunities, but the numbers have yet to move,” said Dr. Lauzen of her study. “We’re getting a lot of public dialogue about the issue as actors like Patricia Arquette and Meryl Streep speak up, but we haven’t seen that groundswell result in higher numbers.”

She noted that the higher percentages when examining the top 700 films signals that independents are more willing to “take a risk” on females working behind the scenes. “I think there is a notion that women are not being hired as directors on big films because they are somehow riskier hires. The problem is that’s not how Hollywood works. There’s a growing list of male directors who are relative newbies and are placed at the helm of $100m-plus films with little feature experience.” (Hi, Josh Trank.)

What’s more, the study suggests that having women in more powerful positions on a film leads to more women working on that film overall. 52% of movies with female directors also had female writers, while only 8% of male-directed productions featured women scribes. Having a woman at the helm also led to 35% of editors and 26% of cinematographers being women, while under male directors those numbers were only 15% and 5%, respectively. If a third of producers on a movie were female, the odds were at 20% for that movie finding a female director. Anything less that that one-third threshold, and the number dipped to just 7%.

It’s true that 2015, which wasn’t taken into account for the study, has seen directors like Elizabeth Banks (Pitch Perfect 2) and Sam Taylor Johnson (Fifty Shades of Grey) provide some big box office hits, but Dr. Lauzen warned not to be fooled by a few good showings. “Large industries don’t tend to turn on a dime,” she said. “We can’t rely on a few anecdotal cases to let us know how the situation is for all women.” (It’s also worth noting that both the above mentioned films had built-in success rates.)

In the good news category for diversity in filmmaking, change could be around the corner. The US Equal Employments Opportunity Commission has apparently launched an investigation into Hollywood’s hiring practices, with some fifty directors receiving letters asking them to meetings with EEOC agents.

Below, look at some of the numbers from Dr. Lauzen’s study, and find the full report here. 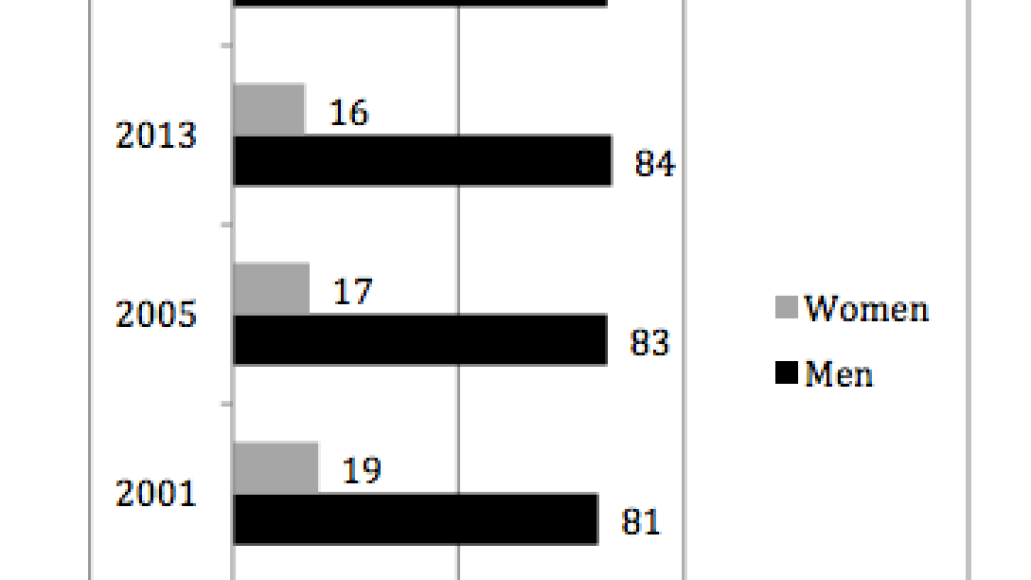 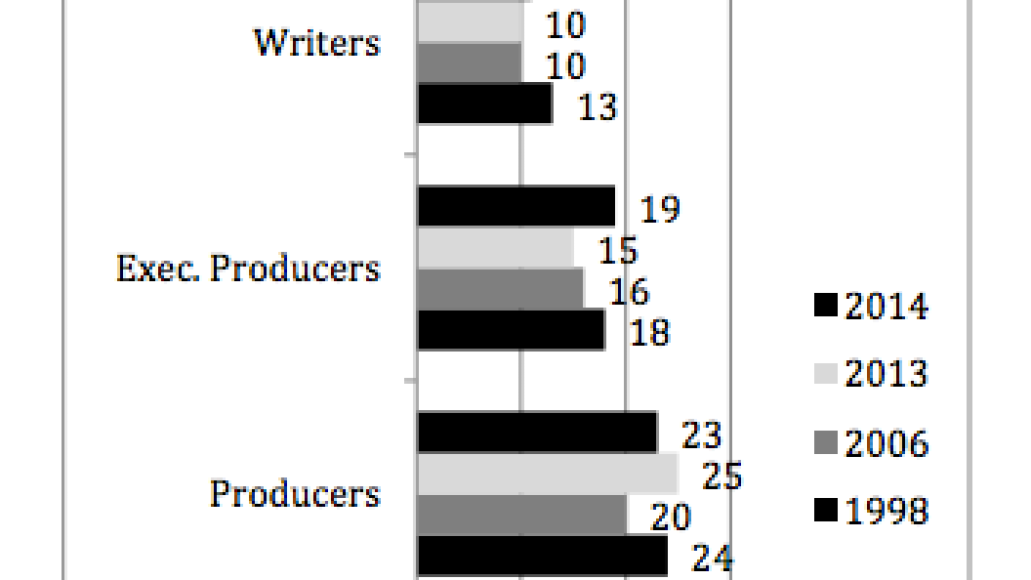 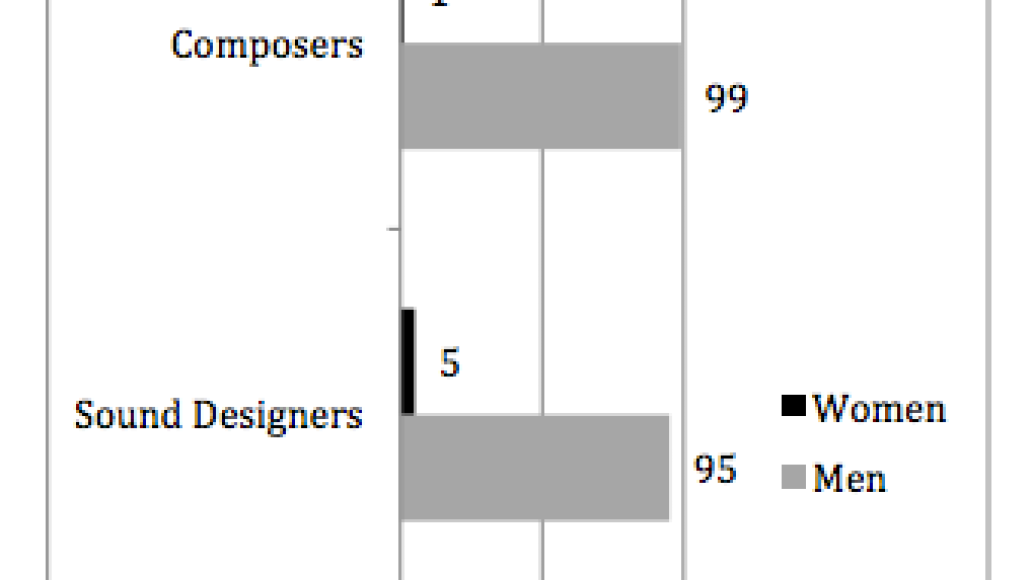