With 47 million Americans expected to travel over the Thanksgiving holiday, it seems like an airport might be a good venue to kick off a publicity campaign. Animal Collective are inclined to agree.

As members of the band’s Reddit account have uncovered, it appears Animal Collective are currently debuting their new album over the speakers at Baltimore-Washington International Airport.

Mat Baetz, the cousin of band member Avey Tare, wrote on an Instagram, “Is it just me or did I hear the NEW animal collective record at, of all places, @bwiairport ???” Baetz’s post was subsequently liked by Tare, who then posted on his own Instagram a photo of an airplane along with the caption “YouFoundUs?”

@aveytare_voiceofthefly is it just me or did I hear the NEW animal collective record at, of all places, @bwi airport ??? Hehehe @anmlcollective #bathroomacousticsrock

In a second Instagram post, Baetz wrote, “The album is worth the trek and can be heard best in the bathrooms some observation areas pre security and the big lounge after security.” He added that the “sounds end at 6 so arrive before then.”

The sounds end at 6 so arrive before then. #floridada

We reached out to band representatives for confirmation and will let you know when we hear back. One thing we do know for sure: Phil can’t be too happy about the news.

Update – 1:30 p.m.: A BrooklynVegan contributor Shazamed the music playing at the airport. Apparently, the album is called Floridada and will be released on Monday, November 30th. Update – 2:30 p.m.: Tare has clarified that “Floridada” is the name of a single and not the album.

Update – 6:40 p.m.: Listen to a cell phone recording of the track apparently called “Floridada” below (via Reddit).

Update – 8:00 p.m.: If you believe details listed on Sony Music’s Track ID (via Reddit), the album is called Painting With and contains 12 tracks. The listing also may include the album’s artwork. Again, though, all of this info is unconfirmed. A representative for the band responded saying “no comment today!” 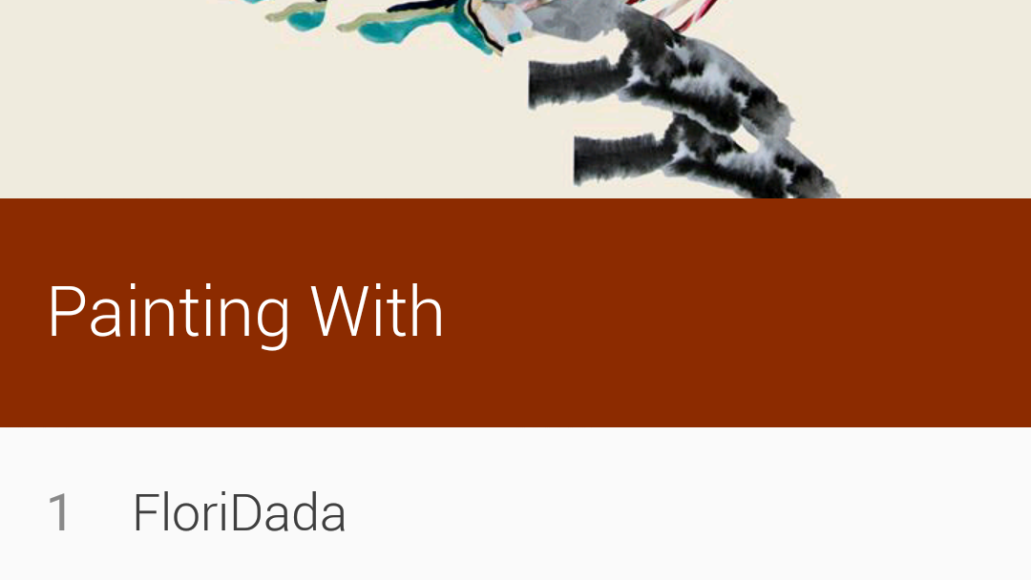