When you stop to think about the “greatest movies of all time,” a handful of titles always comes to mind. Vertigo, 2001, Casablanca — these are films that defined the cinematic language as it stands, films accepted into the larger cultural consciousness as essential tentpoles of the form.

The one that comes up more than most, in no small part due to the American Film Institute’s periodic all-time best lists, is Citizen Kane. Charles Foster Kane’s story is more than a technical marvel of its time that redefined how movies would be made, or a movie you probably had to watch more than once in film school. It’s also the definitive newspaper movie.

It’s anomalous within the subgenre, though. Citizen Kane is more a story about corruptions moral and public as seen through the man who owns the newspaper. Far more of the classic movies about the making of the news through one means or another are about the people who stomp pavement to gather key bits of information and assemble a story piecemeal. Classic after classic comes to mind: Ace in the Hole, His Girl Friday, Sweet Smell of Success. Later, All the President’s Men. More recently still, Zodiac. 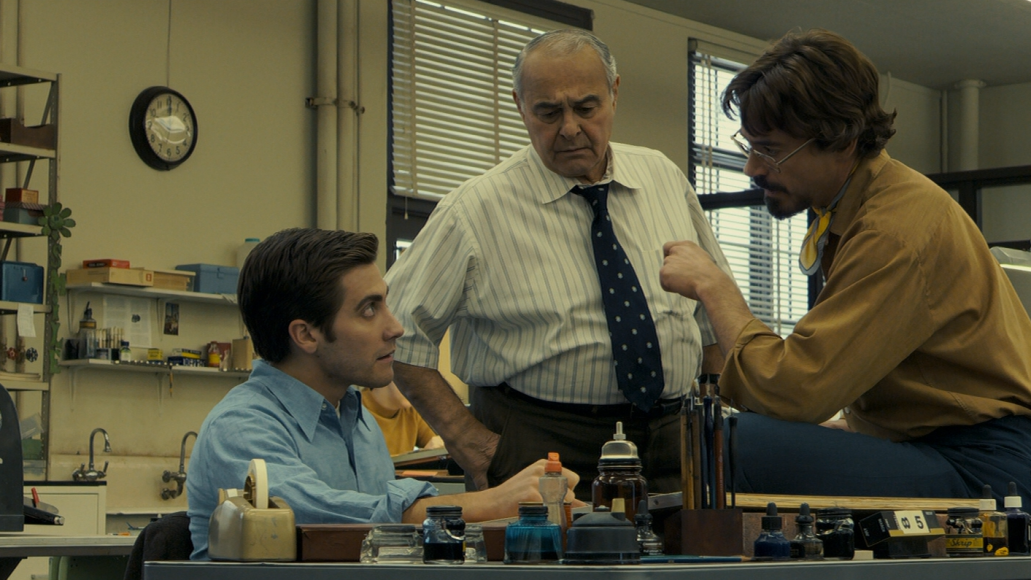 Film has always been uniquely suited as a medium to the retelling of the newsmaking process because it allows for the streamlining of key bits of information. The endless waiting for phone calls and long hours of research can be explained away in montage. Same with the publication itself — the rapid printing of papers with bold, 48-pt headlines summing up key plot points is as old an on-screen tradition as any. Film distills the assemblage of a story into its most heated bullet points and can more faithfully capture the exhilaration and intrigue of carefully phrased questions and answers than even life itself. A film like All the President’s Men can frame the newsman as a pragmatic, everyday sort of hero, a justice-minded crusader staring danger in its face for the noble purpose of telling the truth.

These movies don’t come out too often these days. After Zodiac, how many notable examples can you really find in the past 10 years? Even 20? Even that film is more of an inquiry into the futility of capturing true evil in the modern age than a movie partially about an intrepid investigative journalist following depravity down an endless rabbit hole. This isn’t surprising, sadly enough. While the irony of commenting on the decline of newsprint from a website is hardly lost on me, it’s something that has to be acknowledged sooner or later in this particular discussion, so let’s just get it out of the way now: Newsprint is dying, or at least transitioning into the digital cyborg flesh it’ll wear in the years ahead.

Sure, recent data suggest that newspapers are still being read, but everything from newsroom employment to ad revenue to overall circulation is declining, strongly suggesting that newspapers survive only because they’re still habitual for part of the population (let’s see where they are in another 10 or 15 years). It then makes sense that in modern times, films about the news are either analyses of their ethical decline (Shattered Glass) or of their struggles (Page One, although a documentary, is essential viewing on the subject). That’s the other key here: There is a cynicism about the news that, while always relevant even in the more hallowed days of reporting, is at a fever pitch now, largely sustained by broadcast news’ slow transition into the world Paddy Chayefsky imagined in Network. There’s not a lot of romance to the news anymore when we have to spend more time interrogating it than heeding its warnings.

News isn’t news as we once knew it, so it stands to reason that the next and probably last frontier of the newspaper movie is the period piece. It’s strange to think of a film about a dedicated local newsroom inhabiting the same nebulous category as tales of Victorian estate intrigue, but sooner or later the one will be every bit as bygone as the other.

This week, Tom McCarthy’s Spotlight begins its run in limited release before going wide later this month. The story of the legwork behind the Boston Globe’s shattering 2002 expose of the Catholic Church and its knowing, willful cover-ups of pedophile priests in Massachusetts, Spotlight is a film flush with the power and intrigue of exposing what entire institutions obscure to protect themselves: the ostensible goal of all news services.

It’s a wonderful film, quite possibly McCarthy’s best to date, but it also starts to feel elegiac after a while. It’s hard to gauge how much of that is due to the film’s craftsmanship (there are a number of pointed statements, particularly from Michael Keaton’s stubborn head editor, about the importance of a well-vetted piece throughout) and how much is simply owed to the passage of time in news journalism. Spotlight builds its intrigue not through side stories or grand, hindsight-driven statements about the integrity of the press, but through the rigors of hard intellectual labor. The Globe’s work was done out of a moral right, to be sure, but also out of the importance of holding institutions accountable for their conduct both in public and behind closed doors.

It was also the work of dedicated people who refused to bow to public and personal criticism alike, and this is what Spotlight addresses most gracefully. This is and was the fantasy of the old-world newspaper, after all — the notion that each publication was run by a team on par with the Globe’s, chasing truth even when it refuses to avail itself with ease. It’s telling that the film feels like one made in a bygone time; this fantasy doesn’t have the same prevalence it once did. When even the most talented writers at many outlets are pushed to freelancing to make ends meet, when content farming has so often replaced diligent journalism, it’s difficult if not sometimes impossible to do work on the scale depicted in Spotlight: work that requires more than just research, work that requires a dedicated staff knowledgeable of their field.

This isn’t to say that fine, dedicated journalism doesn’t exist on the Internet, or that the model won’t eventually normalize and the means to hire good writers for an honest wage return. But it’s doubtful at best that the newspaper will survive as more than a fetish property for those who continue to seek it out in the long run. Perhaps that’s the great irony of the newspaper movie: Where once it was an essential part of modern times, now it will speak for the past, if it continues to speak at all.

Are We Nearing the End of the Newspaper Movie?