Everyone loves when Bill Murray grabs the mic to sing. Everybody.

Still, that doesn’t stop the veteran comic from worrying that no one’s going to show up to his big Christmas TV special. The poor guy’s hosting this huge shindig at New York City’s Carlyle hotel, and it’s all being threatened by a terrible snow storm.

The film hits Netflix on December 4th, but right now, you can stream the trailer below. It starts off with Murray and Shaffer doing “Jingle Bells”, and already I want to watch it for two hours.

Update: As Exclaim points out, a 7-inch vinyl is on the way featuring “Alone on Christmas”, a new song from Phoenix that includes appearances from Murray, Schwartzman, Shaffer, and Buster Poindexter. It’s out December 4th, but pre-orders are ongoing. 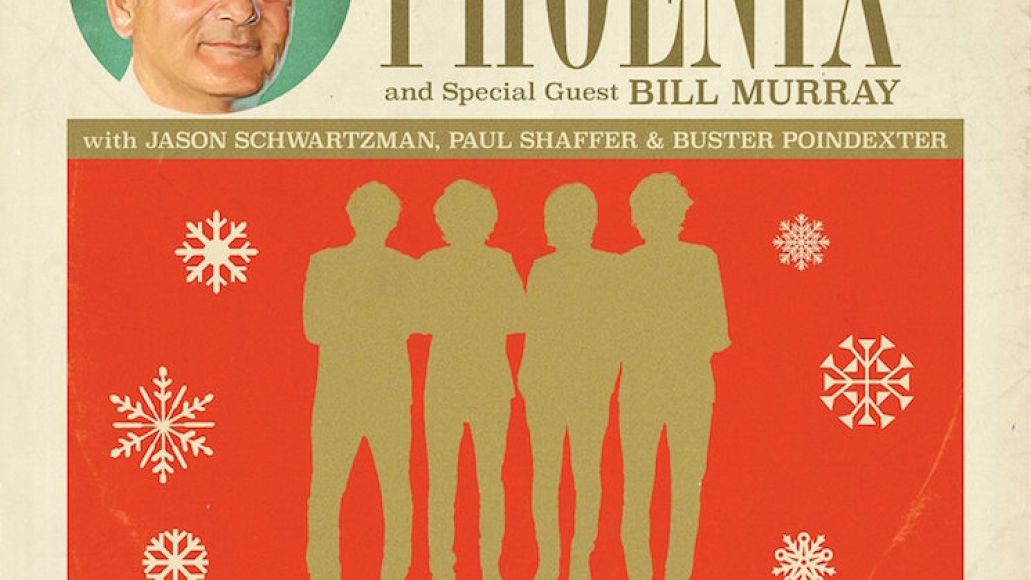