According to nearly every Mexico City local I spoke with over the past few days, this year’s Corona Capital – the annual two-day festival held on the grounds of Autódromo Hermanos Rodríguez, the Mexican capital’s Formula 1 track – was the most disappointing among its six editions. Those who had attended the festival since 2010’s opening year said that it’s become increasingly corporate and the headliners were lackluster. Calvin Harris and Chromeo (Sunday), they said, make it a “ festival de chaviza” (“festival for the kiddos”) and Muse (Saturday) lacked the “get” factor because the British rock trio performed three nights – Nov. 17, 18, and 20 – preceding the event, a sign that they were likely tapped as a last-minute replacement headliner.

The Muse issue is understandable – that sort of follow-up to three nights at an arena would never occur in almost any other festival market for obvious reasons (including lower attendance, a definite issue this past weekend). But the lineup overall was stellar by typical fest standards. Before Muse, Saturday saw excellent Mexico City debuts from Chairlift, Father John Misty, and Run the Jewels (among others) plus rousing returns from Ryan Adams and the sole date in the Americas by the Libertines since the British quartet reunited last year. Sunday likewise finished strong with highly anticipated returns from Mew (six years away), Sleater-Kinney (10 years), Pixies, and Spoon (each five years). 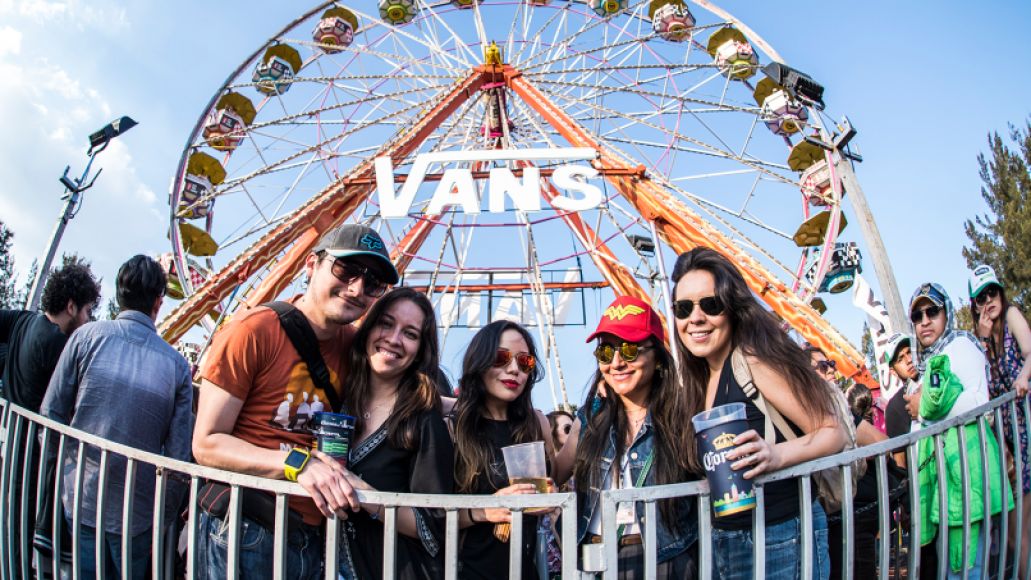 The corporate squeeze of Corona, Doritos, Vans, Ocesa, and Tecel was real: the former two companies products overshadowed any presence of local food and drink, and advertisements trumped what little art there was – some graffiti here, a lonely installation there – at every turn. Yet each act seemed genuinely enthused to be there.

“This is a good festival, yeah?” said Spoon frontman Britt Daniel, grinning as he addressed Sunday evening’s throng. “We do love it here.”

It was tempting to join the locals in their almost universal shunning, but I was more inclined to agree with Daniel. It’s all about perspective, and to a first-timer, everything seemed to run exceedingly smooth: every band was on time, distances between stages were minimal so one could catch much more without a hike, and there was refreshing diversity among each day’s schedule (though Sunday leaned more heavily on EDM). 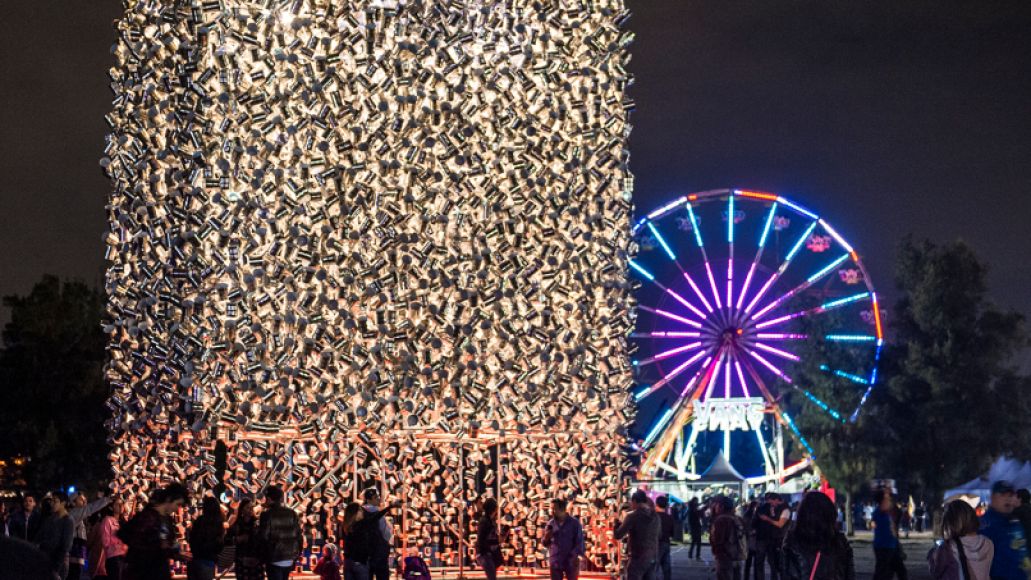 Still, regarding that last point, the biggest oversight was the exclusion of any Mexican artist. That is, officially – a few local bands played in a main-stage-adjacent cabana throughout each day, but that Corona-hosted space was reserved for VIPs (meaning there were only about 20-30 people watching, if that), and those bands weren’t even promoted before the festival. In effect, their presence was essentially swept under the rug.

That seems strange coming from an event that has advertised with the idea “La Ciudad de México tiene un sonido especial. Comencemos a escuchar cómo suena nuestra ciudad,” which translates to something like “Mexico city has a special sound. Let’s start listening to how our city sounds.” Given that not even one Mexican band was billed publically this year among a lineup that comprised roughly 50 percent US acts, 25 percent British, and 25 percent other nationalities, the notion felt completely masked. A festival of this caliber should reap the economic benefits of hosting major artists while in turn giving its residents a chance to gain exposure among them – ideally that fuels more local fandom in the long run, and therefore proliferates a symbiotically thriving, internationally known in-house scene. Until that happens, Corona Capital can’t really claim world-class status. 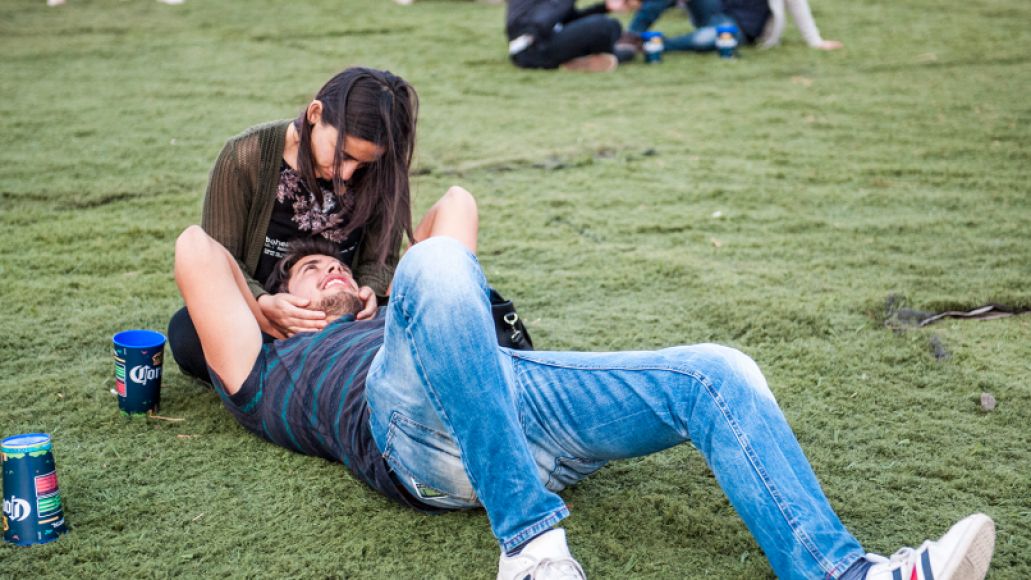 That’s meant to sound as critical as it does – this year’s festival, though packed with talent, was served up like an anglo-saxon-centric deluxe platter (by comparison, about a third of the acts were Mexican in 2010). Yet one significant aspect largely saved the weekend: the fact that almost every act, from the lesser knowns like Wild Nothing and Alvvays to the mammoth headliners, had super-fans. It was astounding – even in the smallest crowds, there were people holding custom-made signs, singing every word, screaming, and crying exultantly as if the experience was the most life-changing event possible (shout-out to that kid jumping three feet in the air while playing epic air guitar all by himself in the back during Muse, not giving a fuck about how ridiculous he looked). The bands felt that outpouring of love, I felt it deeply as an outsider, and ultimately that element – destined to be a constant in years to come because many acts tour here so sporadically – made it a mostly fulfilling festival.

The following reviews comprise 10 standout acts that contributed to that feeling.