Welcome to Dissected, where we disassemble a band’s catalog, a director’s filmography, or some other critical pop-culture collection in the abstract. It’s exact science by way of a few beers. This time, we sort through the best and worst of the at-times New Pornographer.

Of all the artists who began the new millennium straddling the alt-country world and indie-rock stardom, none have proved themselves more talented or hardworking than Neko Case. Born in Virginia, she grew up in Tacoma, Washington, where she began her musical career drumming in a handful of bands before moving to Vancouver in 1994. She furthered her musical career playing drums for Canadian twee pop group Cub and singing for the punk band Maow in the mid ‘90s before forming her own band with 1997’s The Virginian under the name Neko Case & Her Boyfriends. Case would drop the band name for her later recordings, but always worked closely with collaborators, whether through her tours with Carolyn Mark as The Corn Sisters or her years writing and playing with Toronto band The Sadies. Her most notable collaboration was her time spent as a full-time member of The New Pornographers, a band which she still participates in actively to this day, finding time in between writing, recording, and touring behind her six studio albums and multiple live records.

This week, Case is releasing the box set Truckdriver, Gladiator, Mule, a collection of those six aforementioned records along with 2001’s EP, Canadian Amp, and her 2004 live album with The Sadies, The Tigers Have Spoken, notable for its inclusion of Case’s takes on songs not featured on any of her other studio albums. To celebrate, we took a look throughout Case’s solo discography, one that moves slowly away from her more country-inspired beginnings to her more recent albums, which have positioned her as one of the most acclaimed and respected indie rock artists around. 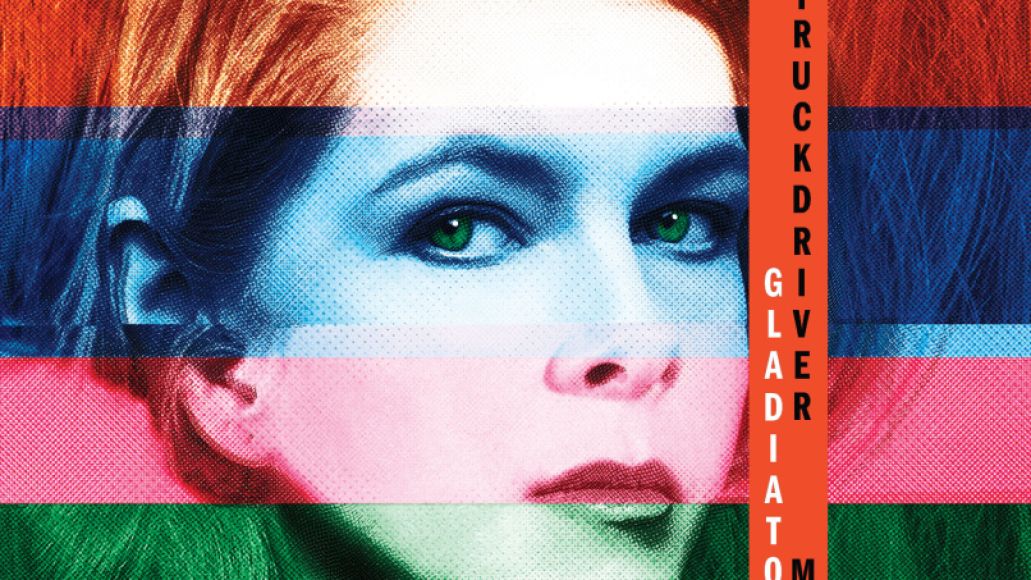 Part of what makes Case such an intriguing artist is her penchant for storytelling. Early in her career, she was frequently compared to legends like Loretta Lynn and Patsy Cline, crafting hard-luck tales about people living in America’s heartland, lifting the spirit of country music and delivering it to an audience who often avoided the genre. Case wrote all her songs with a lived-in approach, giving her characters agency and sympathy while mentioning places and cities specific enough to make her tales feel real and relatable. Some were about love and loss, but many were focused on anger, with Case drawing influence from artists like The Louvin Brothers to put together her own versions of murder ballads. Case has also been an outspoken and humorous artist, be it during her banter between songs at concerts or through her clever wit fully on display throughout her work. She habitually subverts gender norms and stereotypes about sexuality, always writing songs and forging her path forward on her own terms.

While Case’s music has shifted gradually and notably over the past 15 years, part of what makes her discography so inviting is how consistent it is in terms of quality. As fond as we are of ranking an artist’s work, here we’re even more interested in providing an in-depth look, focusing on the people and places that shape her story, how she challenges conventional thinking in her songs, the artists she draws inspiration from, and the friends she works with. It’ll hold you over until that box set arrives. 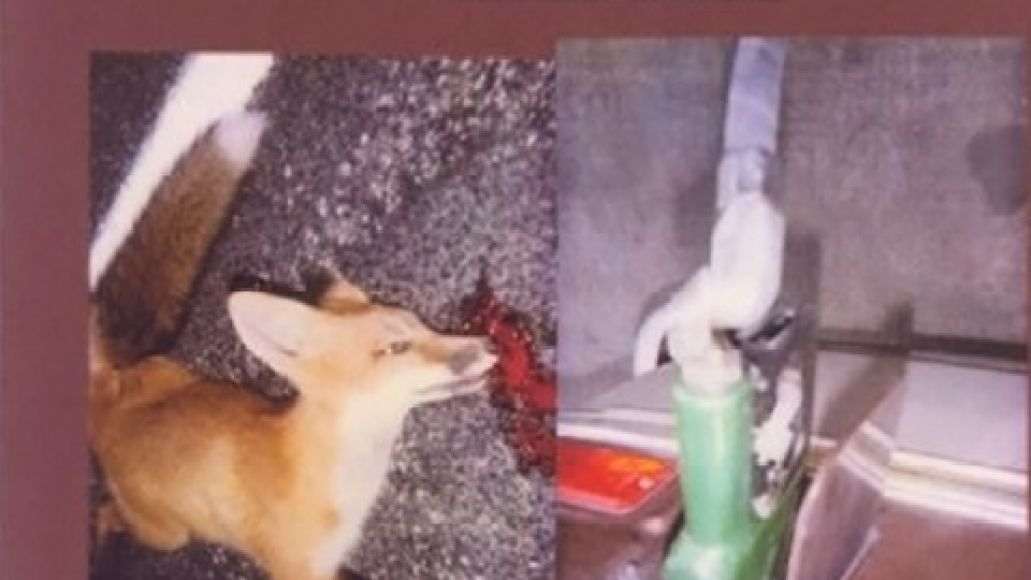 “South Tacoma Way” (locations mentioned): True to its name, Canadian Amp is an EP centered entirely around place. Granted, Case isn’t technically a native of the Great White North, but it’s where her career started in proper, and she pays tribute to her musical heritage here by covering four musicians from above the US border. The States themselves get name-dropped in “In California”, and Hank Williams’ “Alone and Forsaken” pops up to show Arkansas (and the American South in general) some love.

“Margaret Vs. Pauline” (characters): Though most of the songs aren’t hers, it’s telling that Case gravitated towards tracks rooted in intensely drawn characters, from the fleeing lover in Mike O’Neill’s “Andy” to the doomed fling in “Poor Ellen Smith”. But the most vivid sketch comes from Neil Young, whose “Dreaming Man”‘s spurned, possibly violent lover (he carries a loaded gun in his Aerostar) undercuts the sweetness of the music.

“I’m a Man” (subversion of gender norms and stereotypes): Lots of gender flipping here, especially in the covers of Williams and Young. Case, badass that she is, never switches the pronouns either. This isn’t to specifically place the song from a woman’s perspective, but to show that perspective doesn’t matter. The songs could be a woman singing from a man’s point of view, a woman who’s in love with a woman, or the viewpoint from another character altogether.

“Deep Red Bells” (violence and murder ballads): There’s a threat of violence in “Dreaming Man” that may not come to fruition, and the two Case originals run thick with a redness that may be real or imagined. Closer “Favorite” finds her dreaming about a dead deer spilling blood onto her dress, and the creepier “Make Your Bed” is told by a drifter who promises to “tuck in” a young girl by throwing her in the river and letting the catfish feast on her skin. Canadian Amp’s centerpiece of death, however, comes in Case’s rendition of the traditional murder ballad “Poor Ellen Smith”, which tells the story of a man who kills his mentally challenged lover (one-night stand, really) after she won’t stop following him around.

“Whip the Blankets” (cover songs): Haven’t you been reading? This whole EP (almost) is made up of covers!

Her Boyfriends (personnel): The Sadies once again guest-star on “Make Your Bed”, and elsewhere, we get more brassy harmonies from Kelly Hogan, Brett Sparks of The Handsome Family, Chris Von Sneidern, and even some mournful violin by future chamber-pop wunderkind Andrew Bird. 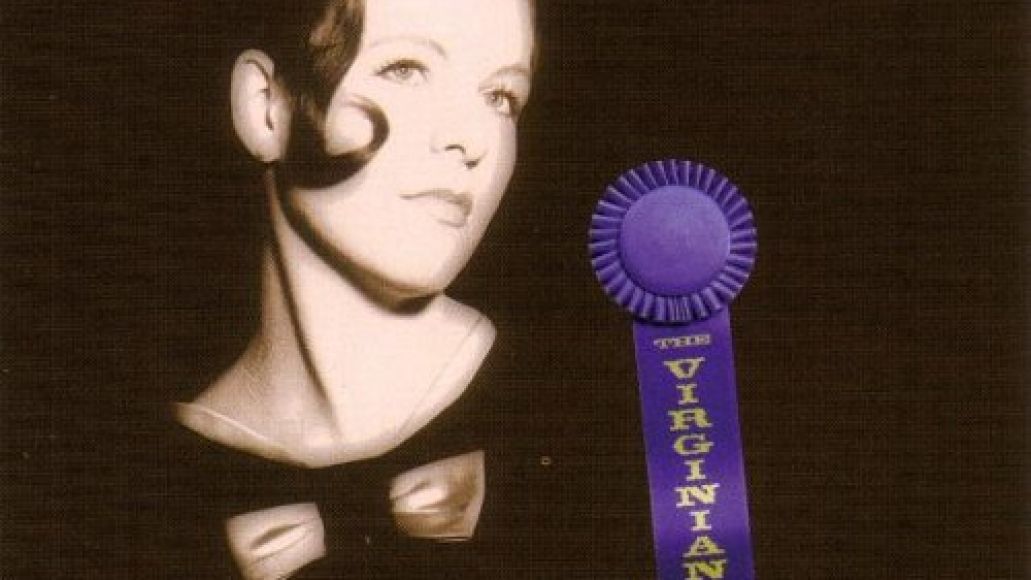 “South Tacoma Way”: Of all her records, The Virginian isn’t steeped too deeply in any specific locale. Of the original compositions, the title track is the only one that references an actual place, and the song itself focuses more on a girl who fell away from the lord and was “free to do what she wanted” as she didn’t ask god to take her back into his graces when she died. For the covers, Case’s take on the Everly Brothers’ “Bowling Green” would be the first of many times she would use specific places in the west or Midwest to set her stories.

“Margaret Vs. Pauline”: “Karoline” is the only character who gets named on The Virginian, the “wild and unashamed” cowgirl who draws Case’s desire. Beyond that, much of the album is from a first-person perspective, whether it’s trying to scare away the “Honky Tonk Hiccups” or dealing with heartbreak on “Thanks a Lot”.

“I’m a Man”: On “Karoline”, originally written and recorded with her former band Maow, Case takes a traditional country melody about pursuing a partner for the night, but switches things up. The narrator wants to be the titular Karoline’s “slave” for the night, and while it initially seems an instance of Case taking on the male role in the story, the line “Cowgirl I’ve got that loving that puts all those men to shame” makes the song seem like an excellent gay country jam.

“Deep Red Bells”: The Virginian isn’t notably violent compared to Case’s other records but does feature its fair share of tragedy. “Lonely Old Lies” finds Case trying to drown her sorrows with “Moon River”, and “Jettison” finds her pleading with the “Sandman” to take her “much further than sleep.” The most combative character here is the character in “The Virginian”, who continues to defy God after death.

“Whip the Blankets”: Case’s first album features some of the more eclectic cover choices of her career, showing how she can fit songs by seemingly disparate artists into her own style. The record sees Case taking on traditional country tunes like Loretta Lynn’s  “Somebody Led Me Away” as well as ’60s pop through her takes on The Everly Brothers’ “Bowling Green” and Scott Walker’s “Duchess”, finishing up with her version of Queen’s “Misfire”. None sound out of place on the record, and while her take on the Walker track may be a highlight, each shows Case apt at reinterpreting songs from different genres.

Her Boyfriends: The Virginian was effectively Case’s first solo album and the first of two to be labeled under the band name Neko Case & Her Boyfriends. It marked the first of many collaborations with Carolyn Mark, who Case would play with as The Corn Sisters, and Carl Newman, who she would play with in The New Pornographers. Most notably, “Jettison” features a duet with singer Rose Melberg, the Olympia indie-pop artist who played in Tiger Trap, Go Sailor, and The Softies.