Power pop is having a moment, so it makes sense that a few of the genre’s most seasoned practitioners would join in on the resurgence. End of Love is really best described as an alt country band with pop flourishes, but core songwriters Jay Deegan, Irwin Menken, and Jody Stephens have dipped their toes in enough musical waters to call themselves pretty much whatever they’d like.

The project existed in a slightly different form in the early ‘00s, but the latest incarnation began to take shape when Stephens was touring with Big Star Third and met Menken, who was on the road at the time with Sonic Youth’s Lee Ranaldo. “[Menken] told me about the project and asked if I’d play drums on a couple of tracks,” Stephens recalls. “He and Jay came to Ardent in Memphis and we had a great day in the studio. Over dinner he asked me to join the band and I agreed.”

End of Love recently announced a new studio album, Ghosts On The Radio. It features high-profile appearances from Ranaldo, Nels Cline (Wilco), and Chris Stamey (The dB’s), but the music itself is refreshingly low-key.

A case-in-point: the LP’s latest single, “Fade Away”, which premieres today. Featuring Chapel Hill, NC singer-songwriter Skylar Gudasz on vocals, the breezy ballad recalls some of Big Star’s poppier work (Gudasz regularly performs with Big Star Third). Wilco’s Mikael Jorgensen contributes some swirling synths, but the track otherwise feels timeless, as if it might have fallen from a tree in any of the last 40 autumns.

Ghosts On The Radio will be released via Vitalic Noise on December 11th.

Ghosts On The Radio Album Artwork: 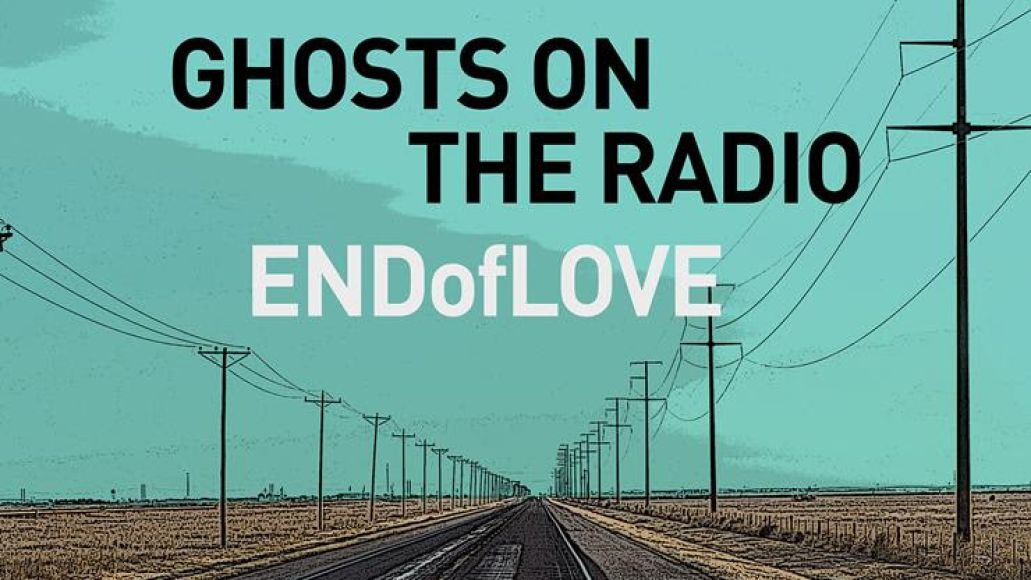