A proposed new rule for Halloween: No wearing police/SWAT team costumes to music festivals. The idea isn’t that clever, and there are already enough uniformed agents at these large music events to warrant some level of unease from even the most innocent of revelers. And when challenged to arrive as your “Freakiest” self, is the icon of civil obedience really the best you have to offer?

Chicago’s newly expanded Freaky Deaky certainly owns the dark whimsy of the holiday. Having outgrown former venues like Congress Theater and the Aragon Ballroom, the REACT production has found a new home in the shadows of Toyota Park — situated on the Southwest side of Chicagoland. The expanded footprint leads toward a more immersive all-day experience, complete with carnival rides and fried fare (a la Chicago’s Riot Fest) and detailed stage backdrops highlighting both the lighthearted (Big Top stage) and more sinister (The Crypt) elements of Halloween.

Just as the square footage has expanded, so has the repertoire of talent. At its core a dance massive, Freaky Deaky never pigeonholed itself into one genre, featuring the likes of Chromeo, A-Trak, Nervo, Big Gigantic, Griz, and Dada Life since first launched over a half-decade ago. Similar to sister festival North Coast, Freaky Deaky has now been amplified with a healthy dose of hip-hop. With dedicated hip-hop festivals about dried up, this three-day showcase is challenging for best bill in the Midwest community. Not only did 2Chainz follow up FlyLo to close out The Big Top Friday night, but the likes of Logic, Joey Bada$$, Vic Mensa, Mac Miller, and Goldlink all brought their signature flow for the beat-crazed crowds. 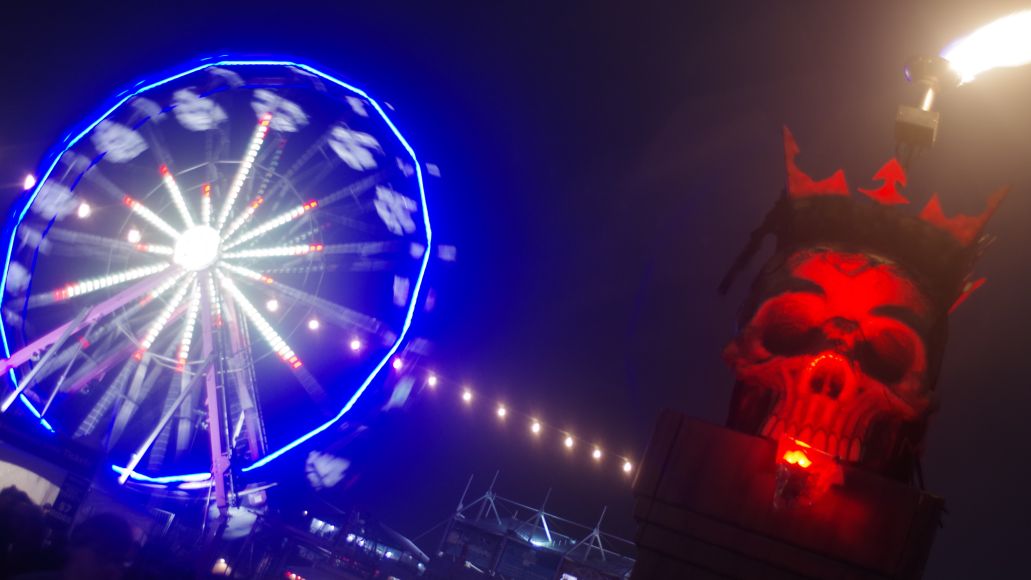 With temps expectedly mild Friday and Saturday, constant motion was a near necessity to keep warm. Anticipating the region’s manic late-October weather patterns, the production team was wise enough to position all three stages beneath tents. These also kept attendees relatively dry (accept for all that sweat) during the weekend’s intermittent rainstorms. The larger two tents were ample enough to contain all but the largest crowds that flooded towards the front; however, as the underground beats of tech-house, g-funk, and techno gain new popularity across Chicago, the Crypt regularly overflowed with colorful shufflers.

Anecdotally, Freaky Deaky has transformed into an experience targeted towards the region’s suburban youth. A lengthy public transit commute, a car is all but a necessity to effectively reach Brideview, and upon departure, few cars followed in our pursuits back towards downtown. As parking within the city becomes increasingly stressful and expensive, it does seem fair for the Southwest suburban folks to have a festival of their own.

A rebirth of sorts, one can envision Freaky Deaky eventually evolving to occupy the interior of Toyota Park. The stadium already hosts the intermittent concert, and should a Skrillex-type character ever make it onto the bill, attendance and pre-sales are certain to increase. For those that can remember back to 2010, deadmau5 was playing the Soldier Field green before Spring Awakening ever expanded into the stadium itself. Even as their parent company, SFX, hits tough times, REACT and their tight-knit network of partners have cultivated a devoted base that will prevail post-EDM bubble burst. The following 10 acts attest to the expansiveness of REACT’s curatorial abilities within the amorphous framework of a dance-centric event.