Thumbs up. That’s all Jeff Lynne needed to do after he finished each song in his faithful run through a 90-minute parade of hits and new songs, always met with roaring applause. Lynne would grin big and stick out his thumbs, as much of a question as an exclamation, believing that the songs sounded good but looking to make sure the audience agreed. They did.

It has been some 30 years since Electric Light Orchestra performed proper concerts in the United States. The train of events leading to this moment include a live return at London’s Hyde Park last year, a Beyonce-approved slot at this year’s Grammys, and their return to a Stateside ticketed performance last week at New York’s Irving Plaza. As this was only their second of two announced US concerts in support of the first ELO music in 15 years, Alone in the Universe, some jitters were to be expected.

But there were hardly any jitters at all. Jeff Lynne and his dozen players (billed as Jeff Lynne’s ELO and including both a trio of keyboards and a trio of string players) were tighter and more faithful to Lynne’s complex arrangements than most bands are after years of consistent touring. In a word, it sounded perfect, which for fans of the band made the experience worth the wait. 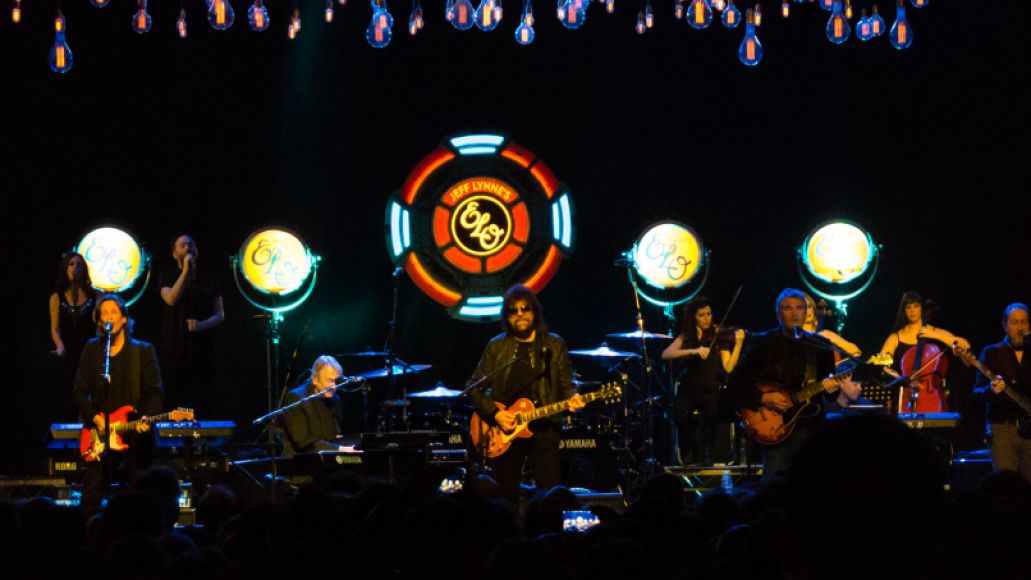 The show had no opening act, no merch, started promptly on time, and was strictly ticketed to avoid scalping situations. The entire balcony and wings were reserved for VIPs, including an assortment of music greats like Ringo Starr, Joe Walsh, and Jason Lytle. That left the floor for the diehards that somehow navigated the brief moments before tickets sold out to get their hands on the chance to see the band. And if there was any doubt as to whether the tickets came to the right people, it was answered by an eruption of recognition for nearly every song. Sometimes Lynne would coyly introduce the titles, acting like there was a chance people wouldn’t be familiar with “Evil Woman” or “Livin’ Thing”. For “Telephone Line”, he let the track’s opening keys and dial tone clue in the audience. Even for his new numbers, fans gave courtesy claps and undivided attention to the tunes, all of which held their own against the company of classic rock radio staples.

Of course, some songs still stood out. The muscular guitar of “Don’t Bring Me Down” turned the Fonda into a party, with the older audience members transported back to their youth with ease. Lynne commented that he thought they performed “Steppin’ Out” better now than when Out of the Blue was released in 1977, and the deep cut did manage to shine against its better known counterparts. And there was the set-closing one-two punch of “Telephone Line” and “Mr. Blue Sky”, both clear fan favorites that managed to deliver on all their recorded subtleties, with the string section standing out then and really throughout the entire set. 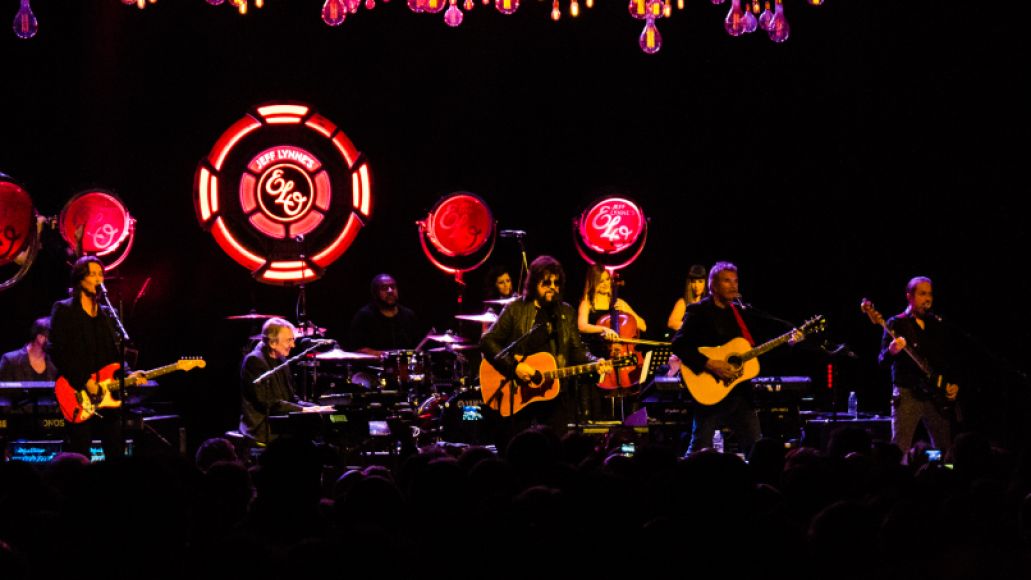 A single encore of Chuck Berry’s “Roll Over Beethoven”, complete with the extended intro of Beethoven’s Fifth Symphony as released by ELO on their 1973 ELO 2 album, punctuated a performance that went above and beyond any expectations. That’s a rare thing for reunions; Lynne’s voice and attention to detail as a bandleader somehow haven’t faded over the decades. For those that didn’t score tickets to the New York and LA performances, it is hard not to imagine Lynne taking this incarnation of the band on the road for serious touring in 2015 (if it might be a hint, Coachella founder Paul Tollett was also seen at the show). They’re simply too good not to.

Setlist:
All Over the World
Evil Woman
Showdown
Turn to Stone
When I Was a Boy
Livin’ Thing
One Step at a Time
Strange Magic
Don’t Bring Me Down
Steppin’ Out
Sweet Talkin’ Woman
Can’t Get It Out of My Head
When the Night Comes
Ain’t It a Drag
Rock ‘n’ Roll Is King
Telephone Line
Mr. Blue Sky
Encore:
Roll Over Beethoven (Chuck Berry cover)