“LA, what the fuck is up with you tonight?” shouted Long Beach rapper Vince Staples as he took the stage at the El Rey Theater for his Red Bull Sound Select Presents: 30 Days in LA performance. He meant it as a sort of greeting or a call to arms, his way of letting the crowd know that this would be no ordinary Tuesday night. Staples has a reputation for bringing it and bringing it hard, and tonight he had reason to suspect that his crowd might match his typically insane energy. After all, the rapper was in LA just over a week ago for Camp Flog Gnaw, where he received a hero’s welcome despite an early afternoon set time. To further seal the deal, this time around he was playing a show sponsored by an energy drink. Staples seemed destined to do what comes naturally to him: shine when the spotlight’s turned on.

“What the fuck is up, LA?” This follow-up question arrived only a few minutes later, couched in a slightly more exasperated tone. After pouring his all into a stirring rendition of single “Lift Me Up”, Staples ran straight into a wall of apathy, and his responses to the lethargic crowd grew increasingly antagonistic as his set moved forward. “Fuck that cool shit,” he said to a group standing to his left. It’s a refrain we’ve heard before at the rapper’s shows, and his heart is in the right place. Staples seems genuinely concerned that everyone’s having a good time, and he has no tolerance for the aloofness normally associated with hipsters and industry types. The problem here was that “hipsters and industry types” accounted for roughly 90% of the room. If you call these people out, they’ll either shrug or turn on you, and Staples got a little bit of both as the night wore on. 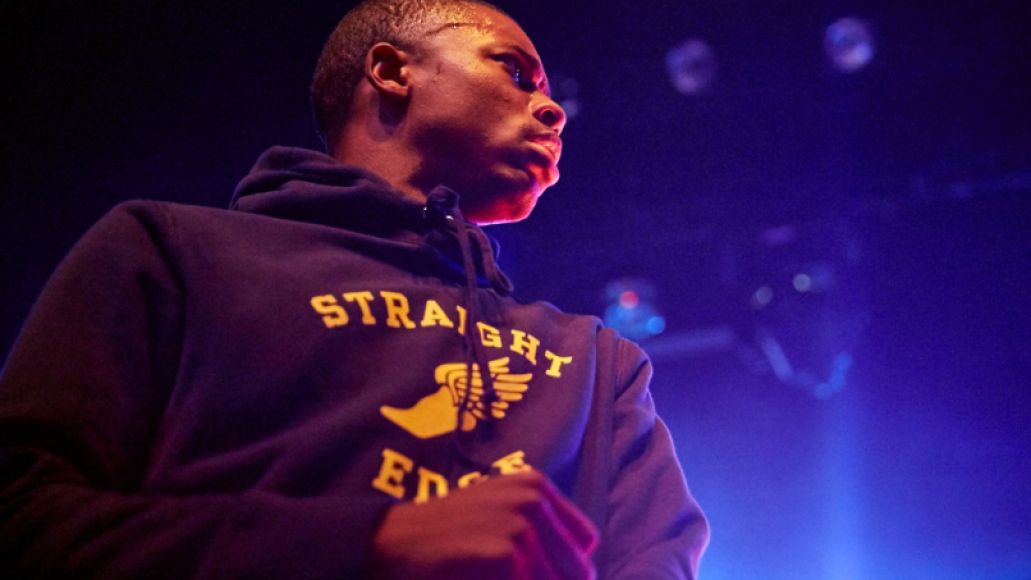 That’s a shame, because his set featured some truly inspired moments that cut through the thin curtain of angst and made the night feel, well, like a Vince Staples show should feel. The first of these came in the second verse of “65 Hunnid”, which Staples has previously ranked among the best he’s ever written. It’s clear that the verse is a labor of love, because he cut the beat and performed it entirely a capella.

This is exactly the kind of move a rapper at the top of his game pulls to show he’s not to be fucked with. Having just released the stellar double album Summertime ’06 earlier this year, it’s safe to say that Staples is at the top of his game. The 22-year-old takes advantage of his youthful physicality when he needs to, spitting off a few extra verses in places where his peers would already be gasping for breath. He’s wise beyond his years in some respects, though cocky enough to use that wisdom as a weapon when he wants to.

This can be frustrating from a fan’s perspective, especially when he’s telling a room of mostly light-skinned adults that “they didn’t know who N.W.A. was before that movie” and implicitly placing his own experience on a pedestal (“I’m not from here. I’m from Long Beach. It’s kinda different,” he said with more than a hint of scorn). The qualities that make Staples so engaging as a performer can also lead to strange confrontations when the beat stops, such as when he nearly came to blows with a heckler up front. “He just said some cute shit,” Staples explained to West Side Ty, his friend and DJ who accompanied him onstage. “I wanted to see if he’d say it to my face.” 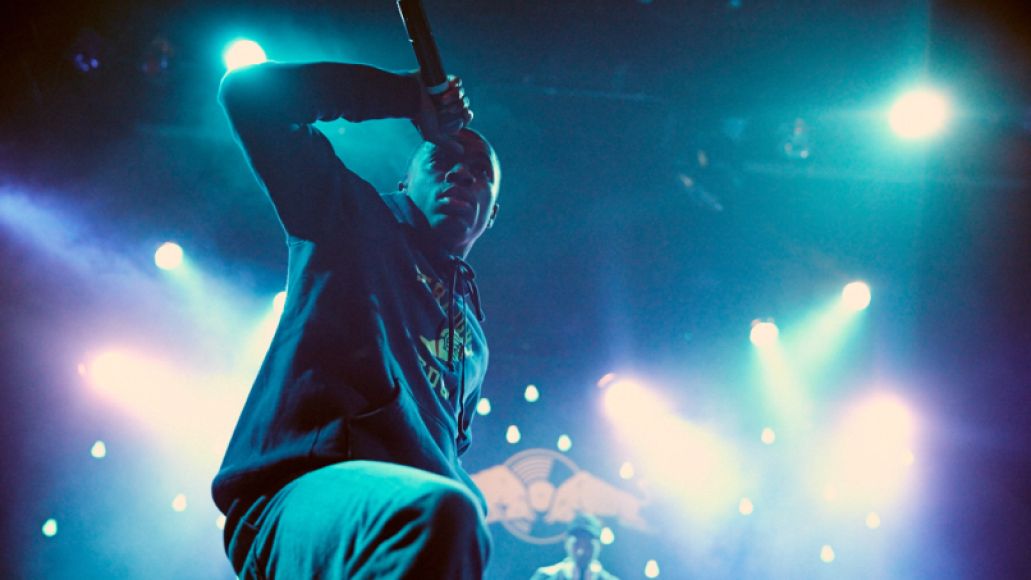 Rap’s culture of braggadocio makes confrontations like this inevitable every once in awhile, and it also compels a performer like Staples to appear unfazed at all times. “I ain’t ever run from nothin’ but the police!” he practically screamed in the chorus of “Norf Norf”, one of the few songs to actually get the crowd off their feet. It’s clear, however, that Staples was slightly off his game and moving closer to “fuck it” territory by the show’s end. During the final verse of “Norf Norf”, he looked up at Ty and the two shared a moment — though not a pleasant one, by the looks of it. Without much fanfare to speak of, Staples simply walked off stage. He returned for a short encore of hit single “Blue Suede”, but it was easy to tell he simply wasn’t feeling it.

Even Red Bull itself caught a bit of his ire, albeit the more playful kind. Staples has never been shy about his love for Sprite, and he used the drink to throw some shade on the night’s sponsor. As the curtain closed and he hustled out of sight, he yelled into the mic,“Y’all have a good night. Finish it with a Sprite.” It was vintage Staples: brash, funny, and almost totally irreverent. It’s too bad these special qualities took a backseat to the hecklers up front and the bros in the back who kept shouting at him to “shut the fuck up and rap.” When Staples learns how to tune out these distractions or turn them more effectively to his advantage, he’ll be a force to behold. Hell, he already is. 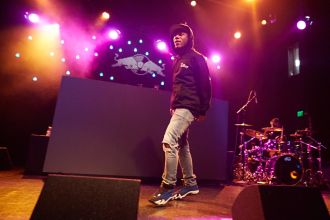 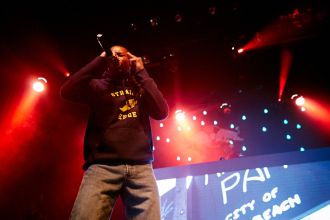 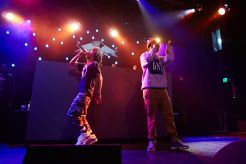 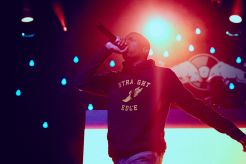 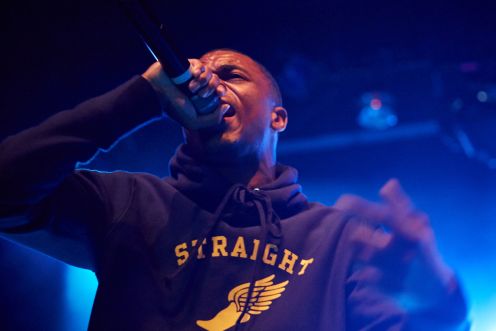