Stu Watson is a Brooklyn-based poet who makes most other artists in Williamsburg look lazy by comparison. When he’s not editing acclaimed literary magazine Prelude, Watson runs indie record label Shatter Your Leaves, where he’s produced experimental pop music by the likes of Rachel Mason, Sam Mickens, and others. Sometimes, he even finds the time to work on his own projects.

That’s where No Sky God comes in. Part rock and part folk, the band features Watson composing original songs alongside a cast of contributors that includes Matty Fasano (Fasano), Robbie Lee (Cass McCombs), and Jeremy Gustin (Albert Hammond Jr.), among others. Watson borrows heavily from late ‘60s songwriters such as George Harrison and Robert Wyatt, but No Sky God is strange and delightful enough to defy easy categorization.

The band’s forthcoming album Infidel is due out this November 13th on Shatter Your Leaves, and they’re now sharing new single “Parachute”. The song is Watson’s response to a “twisted disgruntled former friend” who persistently harassed him for a while, but its tone is one of reconciliation. Watson cites Harrison’s “What Is Life” and Bob Dylan’s “Idiot Wind” as primary influences, reflecting how both songs are imbued with “this amazing psychological depth … a kind of vast opening to a new frontier of existence.” Here, that new frontier unfolds before you in cascades of rollicking guitar lines punctuated by extended drags of horns. Out of a nowhere, a folky twang crests the horizon, swirling into the already robust instrumentation before it all breaks out in a neo-jazz bridge. Take a listen below. 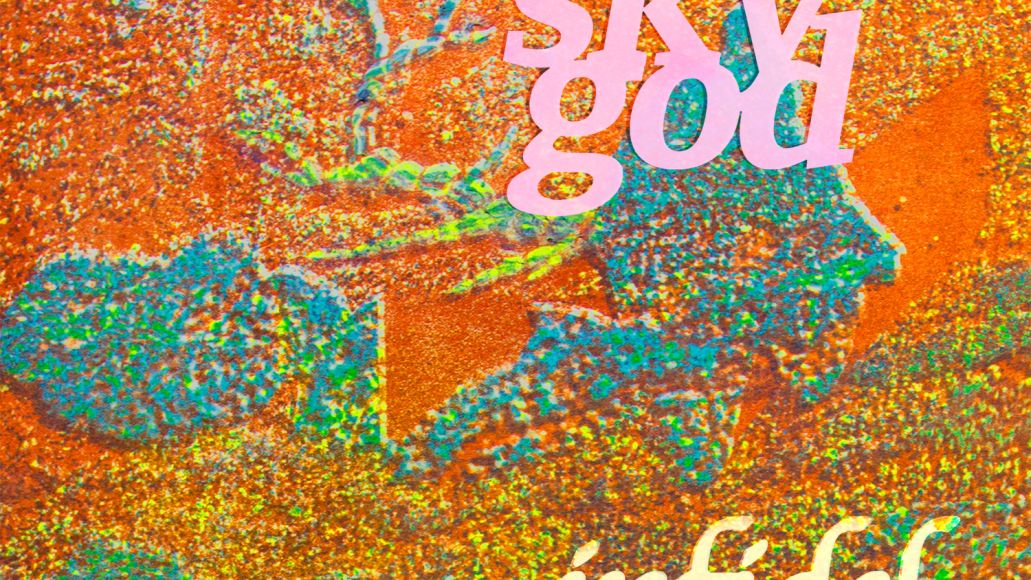