Earlier this year, Surfer Blood guitarist Thomas Fekete was diagnosed with a rare and aggressive cancer affecting his lungs and spine. His health insurance has thankfully managed to cover much of his chemotherapy, but he’s also been undergoing “alternative treatments” that his plan doesn’t pay for. Unable to tour with his bandmates, Fekete has launched a GoFundMe page to help him with his treatments. Now, an all-star group of friends has provided an incentive to the crowdfunding campaign in the form of a new benefit album.

Up for grabs are 13 previously unreleased tracks from Yo La Tengo, Guided By Voices, Cults, Real Estate, The Pains of Being Pure at Heart, Lou Barlow, Nick Diamonds, …And You Will Know Us by the Trail of Dead, The Drums, and others. Some are demos, some are live recordings, and a few are brand new songs.

The entire album is available for a $10 donation via GoFundMe, but each song was also made into lathe-cut vinyl records. Only one copy of each 7-inch will be made, and they’re all currently up for auction on eBay. Bidding for these one-of-a-kind items will end in just under 10 days.

Head to the GoFundMe page to donate and download all the tracks, or enter your bid for the auctions. Below, find an image of one of the 7-inches, followed by a listing of each artist and track. 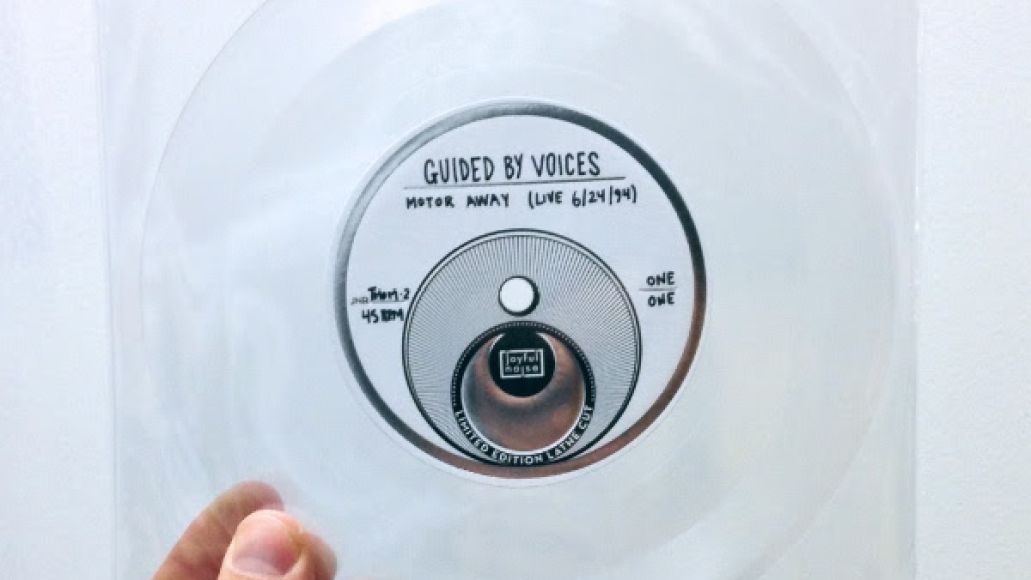 Guided By Voices – “Motor Away” (live)
Recorded live 6/24/94 at Threadwaxing Space, New York City on “The Insects of Rock” tour.

Real Estate – “Talking Backwards” (demo)
This was recorded in Real Estate’s practice space in Bushwick in the summer of 2013.  Courtesy Domino Records.

The Pains of Being Pure at Heart – “Between These Boys” (demo)

Nick Diamonds (from Islands) – “Be A Comedian”
Recorded spontaneously on September 2nd, 2015.

…And You Will Know Us by the Trail of Dead – “F Train”
Demo version of “Tao of the Dead Part II”.