Bad lyrics come in many varieties. There’s bad, like someone confused “profound” with “totally obvious” (Van Halen: “Only time will tell if we stand the test of time.”); there’s bad until you realize that, since you’re not a particle physicist, you don’t really know either (Insane Clown Posse: “Fucking magnets! How do they work?”); and there’s bad, like any time Chris Brown offers to “beat it up.”

You won’t find that type of Chris Brown lyric here or even similar sentiments like Usher’s “I’m proud to call you my bitch.” This isn’t a list of the merely distasteful — it’s a celebration of the best of the worst, an attempt to find majesty in travesty.

Only songs that debuted on the Billboard Hot 100 in 2015 were eligible for this list, and the truly terrible lyrics tended to tick at least one of the following three boxes:

— Dance songs going for “epic” and settling for nonsense.

— Sex descriptions of women, written by men who have apparently never had sex.

— Under-qualified pop stars who were allowed to write their own lyrics. (The commercial failure of Miley Cyrus and Her Dead Petz was a disaster for this article. “The milky milky milk. Your lips get me so wet/ While I’m singing all the verses from the Tibetan Book of the Dead” would have easily made our Top 5.)

Ultimately, 10 songs had a special grandeur that set them apart – by which I mean, set them apart to me. You, of course, will have your own list of the worst, and I hope you’ll oblige me and the other readers by posting them in the comments.

Without further ado, read on for the absolute worst pop lyrics of 2015.

Selena Gomez has a talent for lyrics that, like great magic tricks, make less sense the longer you think about them. Her songs are collages of edgy, cool, exciting words stitched together; sometimes she sounds like Madlibs, and sometimes she’s pop’s dadaist poet.

Occasionally it works, like on 2014’s “The Heart Wants What It Wants”. But too often I don’t know what she’s talking about, and I’m pretty sure she doesn’t either. She approaches the job of being a pop star with all the enthusiasm of a Sunday shift at the mall. Not that her creative team is giving her terribly exciting assignments: At her recent AMA performance, she began the song on top of a set of stairs and spent two minutes slowly walking down.

The one thing she projects convincingly is a crushing amount of self-doubt that occasionally veers into self-loathing. This makes her, if not always likable, then at least human and relatable. But that’s the Selena Gomez Paradox — how do you root for a pop star who seems to honestly think she’s not very good?

I should say that my feelings about this song change throughout the day and depend on a number of variables, including how hungry I am and whether I’m very drunk.

I should also say that I use chunky peanut butter. Your feelings about Galantis’ placement on the list might change if you use smooth peanut butter or even that horrifying substance — a triumph for science and a disaster for humanity — called Goober.

And yes, I admit that I dance like crazy to this song when I am drunk, but that dancing drunk version of me is gross, and so is this song.

Worst Lyric: “I don’t want her if that ass don’t sit like a horse.”

T-Wayne (not to be confused with T-Pain or Lil Wayne) is from Texas. I bring this up only because he may be more familiar with horses than I am, which is why I did a little research.

Here are the results: 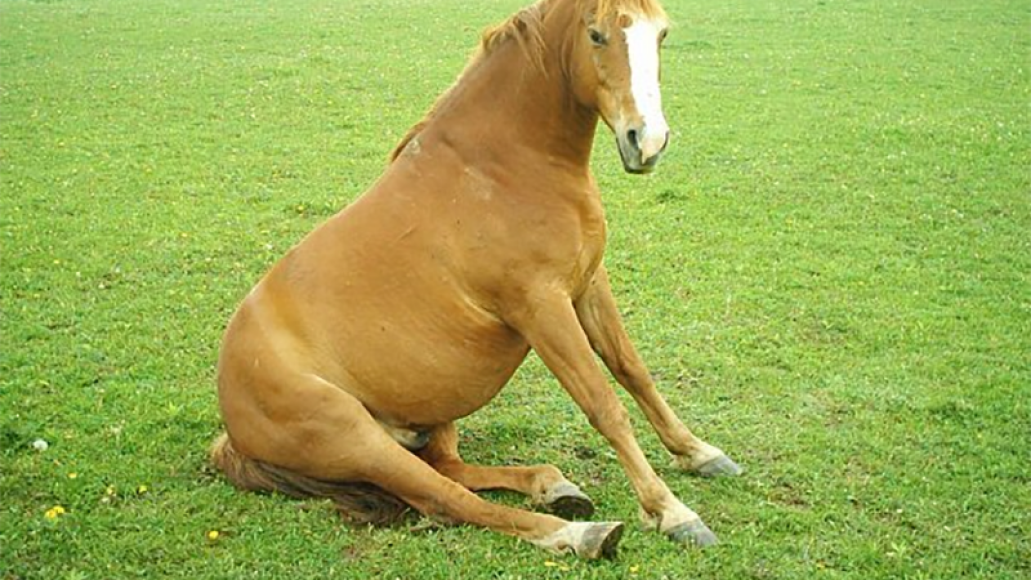 Considering the success of “Nasty Freestyle” (peaking as the 9th most popular song in the country), I’m surprised we didn’t see more “Sexy Horse” costumes at Halloween.

Worst Lyric: “We go hard or we go home/ We gon’ do this all night long/ We get freaky if you want/ Bitch I’m Madonna”

This is what happens when you spend more time thinking about your hashtag than your hook. While #BitchImMadonna only takes up 15 characters, the song itself runs on for four interminable minutes of bland declarations and total nonsense.

“We go hard or we go home” is the gem of the song. It sounds exciting until you think about what she’s actually saying, which is, “Either we’re going to party like crazy, or we’re going to bed early, goddamnit!” Not that I blame the 57-year-old. By the time the chorus comes around a second time, I know which one I’d prefer.

Madonna was a pop pioneer: The first woman to market not just sex, but her sex — the forefather of all the Britneys, Rihannas, Lady Gagas and Mileys. She was perhaps the very first gay ally with an international footprint. She treated the production of her image as an art form. And despite all that — or perhaps because of all that — she has arrived at middle age without any personality at all.

Worst Lyric: “How deep is your love? Is it like the ocean?”

It’s as if someone forgot the lyrics were due today and had to bullshit during the meeting.

This was the subject of an investigation* by Consequence of Sound, and we have managed to obtain exclusive documents from the songwriting sessions of Calvin Harris and Disciples. Here, presented for the historical record, are some of their rejected lyrics:

— How hot is your love? Is it like the top of the stove that time I touched it?

— How strong is your love? Is it like the World’s Strongest Man?

— How deep is your love? Is it like that book, Tuesdays with Morrie? Man, that book is deep.

Also, this is a strong candidate for Most Inexplicable Dance Video of the Year.

Why is this woman dead and then alive? The video shows her as a corpse under a plastic sheet, and then, seconds later, she’s gatecrashing a bunch of shitty parties. Why is this never explained? Furthermore, why is her hair so itchy every time we get to the chorus? What does this have to do with love and its depths?

Honorable mention goes to some real lyrics that made it into the song: “How deep is your love? Is it like nirvana? Hit me harder again.” The lyrics reference the final spiritual goal of Buddhism — the stillness of mind after the fires of desire, aversion, and delusion have been finally extinguished — and then asks for literally the opposite.

Worst Lyric: “And don’t forget the flowers every anniversary. ‘Cause if you treat me right, I’ll be the perfect wife, buying groceries.”

Romance can be many things. It can be sexy, sorrowful, cold, wild, delirious and over-the-top, but it has rarely been this boring. I can’t think of any other pop star who has confused the spiritual ecstasy of finding your soul mate with a weekly trip to Jewel-Osco.

This is romantic, in the same way that scrubbing the toilet without being asked can be romantic. It’s the perfect anthem for the little boy or girl who wants to skip dating, engagement, and the first few years of marriage and go straight to the arguments about which gift card they should use this anniversary, and where are the gift cards, anyway? Didn’t you have them last? Maybe we should just stay home.

Worst Lyric: “On your knees in those Pradas, makin’ freaky shit come up out of her.”

What freaky shit is coming out of your girlfriend? Instead of singing about it, shouldn’t you be taking her to a hospital and describing it to a doctor?

Or is something freaky exploding out of her, like in a horror movie?

Or is it literally shit? Are you trying to brag that your amazing girlfriend in her designer shoes was subjected to such vigorous thrusting that she pooped all over your plane? Does this make you proud? Whatever is happening here, it’s a problem.

This gets the special award for “Least Sexy Sex Lyric of 2015.”

Worst Lyric: “Do you recall? Not long ago? We would walk on the sidewalk.”

Why would anyone write a song about that?

Mind you, these are the very first words of the number one single in some 15 countries, the most streamed song of the year internationally according to Spotify. Then again, maybe it’s not a coincidence that “Lean On” is so popular in places where English isn’t spoken.

This is Diplo’s second entry on the list, first as a producer on “Bitch I’m Madonna” and now as Major Lazer. That’s a risk that comes with success; I don’t know exactly how many Top 100 singles Diplo had this year (I didn’t know he had produced Madonna until I began researching this article), but it’s at least five.

There’s another reason, though, and it has to do with Diplo’s appreciation of words, which is primarily percussive. While it’s dangerous to make too many assumptions about an artist as collaborative as the man born Thomas Pentz, he seems to care less about the sense of the words than the sound. Just listen to the chorus of “Lean On”: The words “Blow a kiss” are condensed to two syllables, so that, at first blush, it sounds like another word entirely, “focus” perhaps, or “blowfish.” It doesn’t matter; it could be any word. What matters is the pop of the ‘k’ in kiss.

It’s been interesting to follow Nick Jonas’ ascension from a member of a B-list boy band who wore a purity ring to a B-list solo artist who boinks models. There’s an implied spiritual crisis that happened just off camera. If you google Nick Jonas, the term “Christian” is suggested, and the Christian press’ coverage of him is bizarre. It works something like this:

Can you imagine if the media constantly reminded you of everything you said about sex when you were 14? He’s in a difficult position. These lyrics are an attempt to bridge both worlds, and I respect that. The only problem is that the bridge is made out of shit.

Tyga either doesn’t understand what a lobby is, what a pussy is, or what eating is; I’m not entirely sure.

I spent an hour on UrbanDictionary.com making sure that “lobby” wasn’t slang for something other than the definition I was familiar with: “a room providing a space out of which one or more other rooms or corridors lead, typically one near the entrance of a public building.” Here are some slang definitions that make sense of the lyric:

I hope that helps.

—
That’s it for the absolute worst pop lyrics of 2015. Post your own favorites in the comments, or tweet them at @Wren_Field and @coslive. Whatever you do, don’t keep them to yourself. The worst of the worst deserve to be shared.

The Absolute Worst Pop Lyrics of 2015