This week, some dude claimed he was a transdimensional thief who was able to visit another dimension in which there were unreleased Beatles albums. He says he came back to our dimension with one of those records and is presenting it to the world. If we’re talking odds between reality, promotional nonsense, and totally crazy, our vote’s on nonsense (but totally fun nonsense). But for a second, think about it: We’re also about to get a brand new David Bowie single and album. So maybe it’s not all that farfetched? Well … Regardless, check out our list of the week’s best new songs to see if any other mysterious dimensionally-displaced tracks check in. 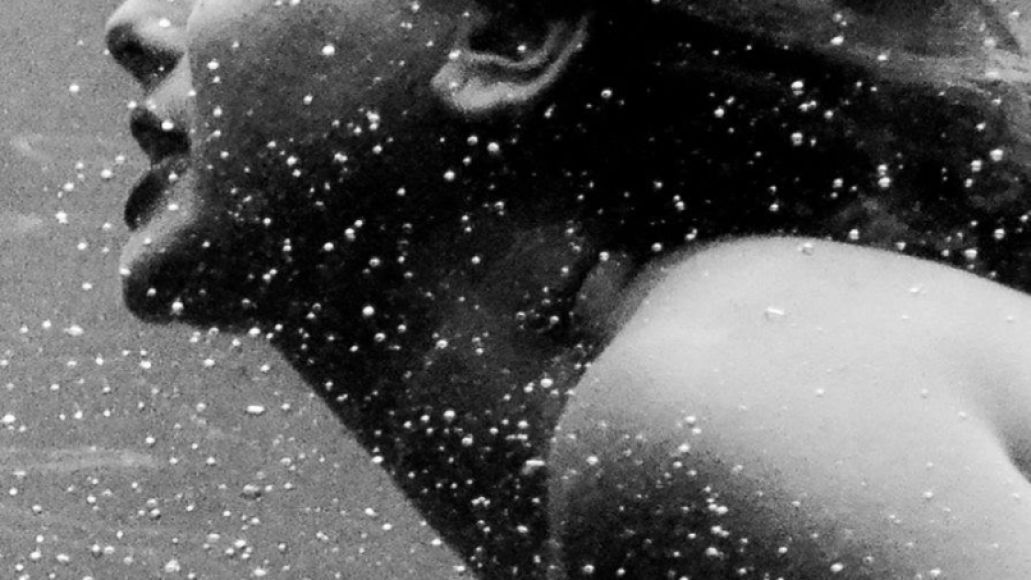 Massachusetts-born songwriter Sonya Kitchell was just 19 years old when her last album came out in 2008. She’s 26 now, and she lives in Brooklyn, and she’s not just a songwriter anymore — on her forthcoming album, We Come Apart, due out January 22nd, she served as producer and engineer, overseeing collaborations with members of bands as far flung as Bright Eyes and the Dap-Kings. The album’s first single, “Mexico” comes generously layered, but hardly packed; Kitchell left plenty of space open for her sandy voice, which tends to recall Feist in its brand new and newly lush surroundings. –Sasha Geffen 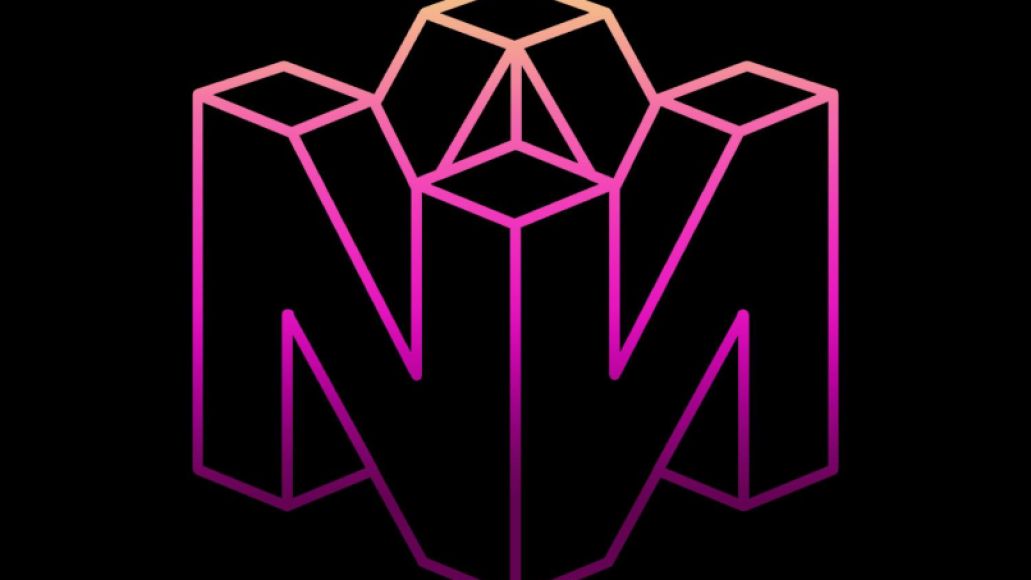 Nailing down any info on NRMИ is about as difficult as mimicking the shimmering sound design of “How It Feels”. Ripped from Hebinomichi’s newest compilation (grab all the freshness here), the future bass single rises on the wings of seagulls and quickly transports to the unexplored fringes of Rainbow Road. Akin to producer Wave Racer, NRMИ is pushing lush video game soundscapes into clubland with the assistance of an infectiously buoyant bottom end. The build/drop arrives without much flare, but the track quickly redeems that small stumble with conclusory environmental ambiance. For quick clarification (monikers without vowels never easy), the “Hey Norman” sample at least helps out with pronunciation.  –Derek Staples 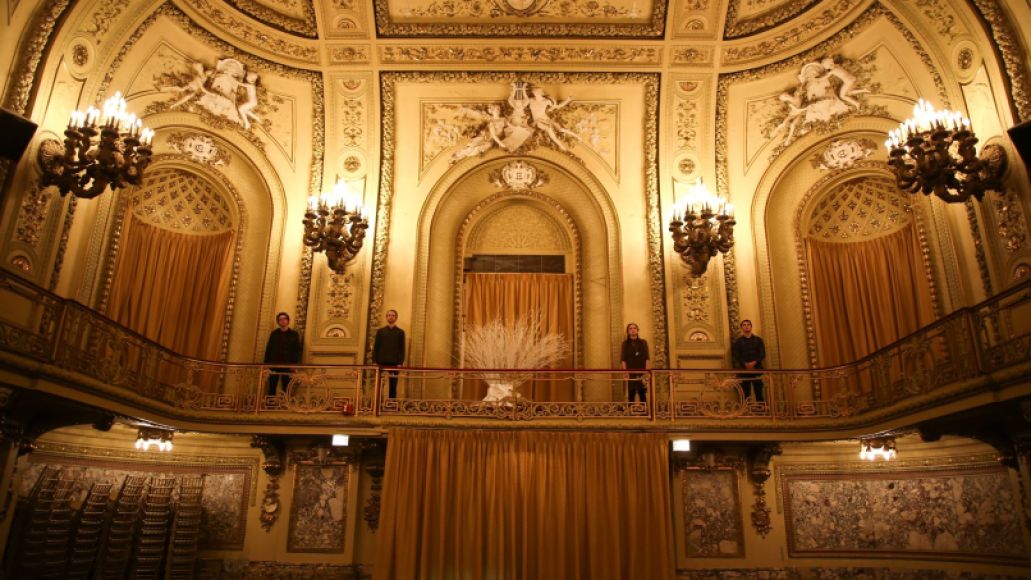 Chicago’s Marrow put out their debut album, The Gold Standard, in September, and they’ve followed up that release with “Fool”, a new single that ebbs and flows, buoyed by the band’s spirit of hooky experimentation. It’s anchored by a straightforward, single-line chorus over a catchy guitar riff — “I won’t be misunderstood, I won’t be a fool,” declares vocalist and keyboardist Macie Stewart — but then Marrow take the song down different alleyways with a call-and-response verse and some languorous, shoegazey guitar in its coda. Marrow will start recording their next album next month, and “Fool” gives us all good reason to be excited. –Karen Gwee 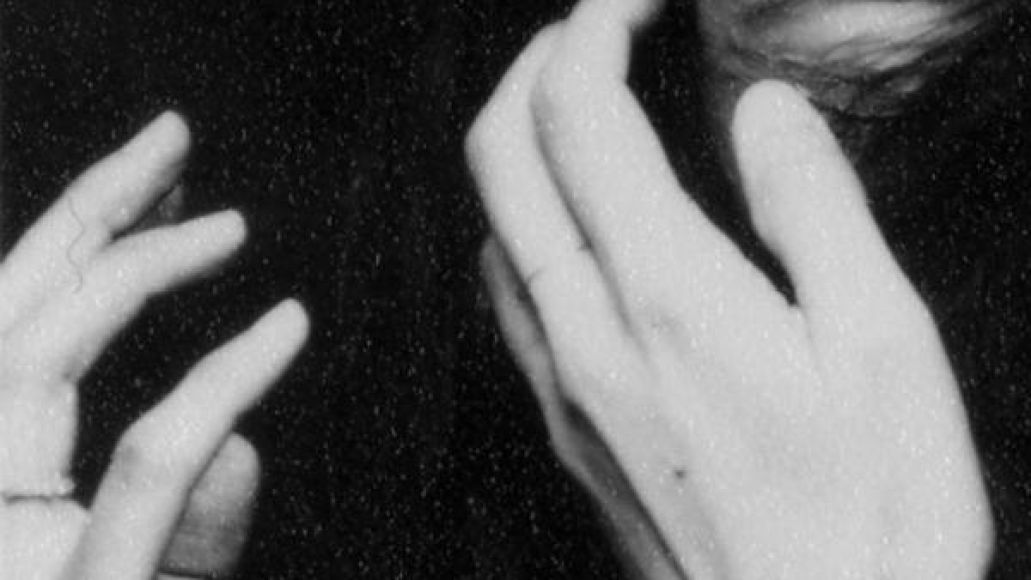 Shakespeare wrote the lines “All the world’s a stage, and all the men and women merely players” nearly 500 years ago, and now in 2015, with “Fit The Part”, the months-old Brooklyn post-punk band WALL grapple with this concept: that we’re always switching masks, always performing. “Dancer, actor, lover, mother/ Always taking care not to get lost completely/ For fear of alienation,” chants singer Samantha York over serrated guitar lines. She sounds like she’s processed the anxiety that comes with this identity meltdown; she’s all stark statements now. “This is my role, this is my play/ I chose this race,” she concludes, and accepts. WALL’s self-titled 7″ EP comes out January 15 on Wharf Cat Records. –Karen Gwee 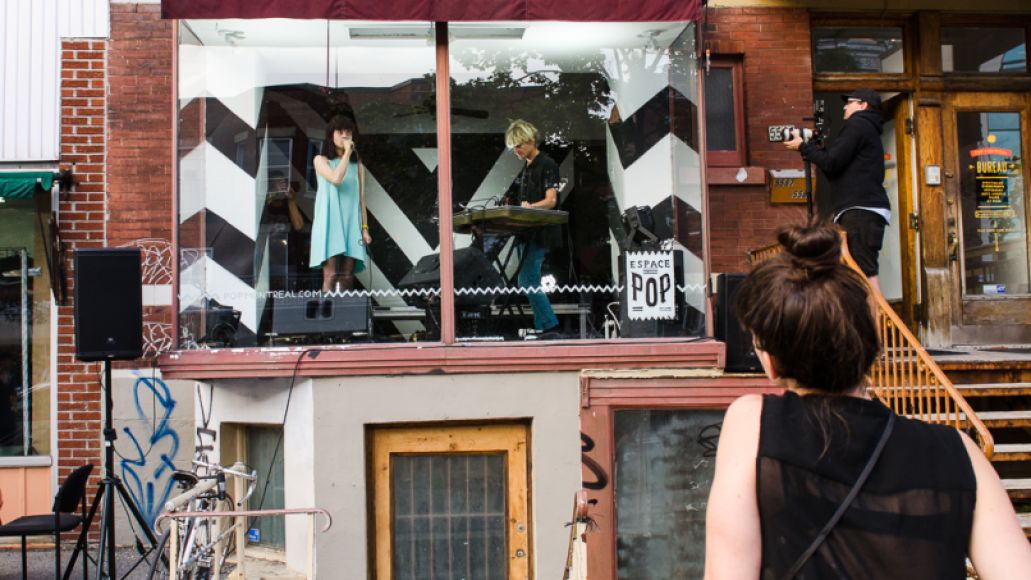 She-Devils manipulate surf rock in a way that’s not far off spiritually from the decayed ambience of the Caretaker, who’s known for looping early 20th century dance music on slowly disintegrating physical media and collaging together the results. On their debut single, “Come”, the Montreal duo hone in on a single guitar riff repeated ad infinitum. The only elements propelling the track forward are splashes of grainy synthesizers and Audrey Ann’s deadpan alto, which beckons with effortless menace. “Don’t try to resist me,” she sings. “Come. Come. Come.” Her voice repeats the word as the guitar fades to silence, each hard consonant deepening the bite of her tone. –Sasha Geffen 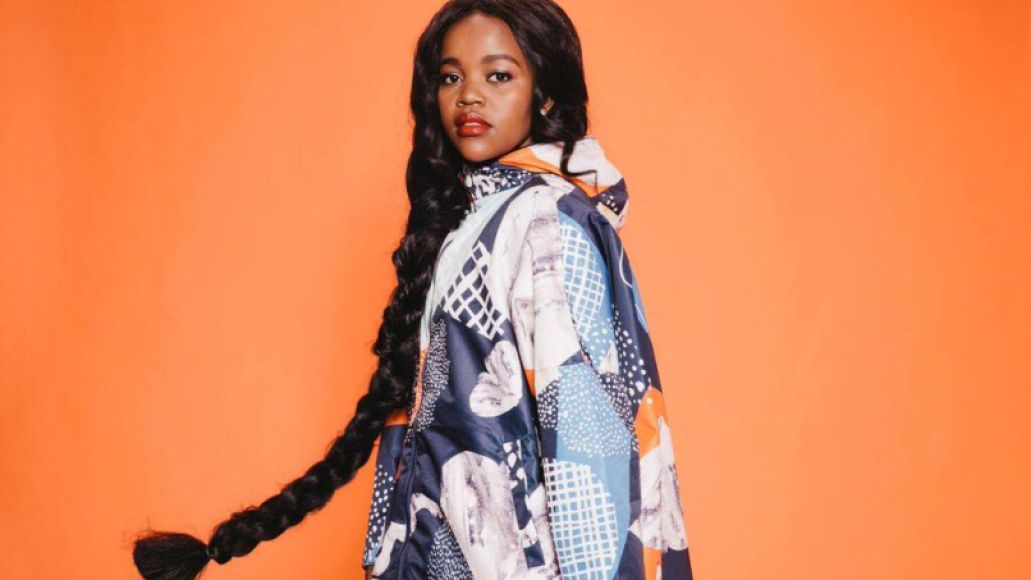 Tkay Maidza doesn’t waste any time switching gears on her new track, “Ghost”. Like Fetty Wap, the 19-year-old rapper favors atypical song structures that stack the chorus up front and then break rapidly into the verse. “Ghost” starts by straddling a schism, its melodic hook setting a false start before it crashes into Maidza’s clean and efficient rapping. She spends the rest of the track healing the space between her singing and her spitting — and when her two modes start to fold together, they reach higher peaks than either could manage alone. The high drama production from Baauer, What So Not, and George Maple doesn’t hurt her altitude, either. –Sasha Geffen 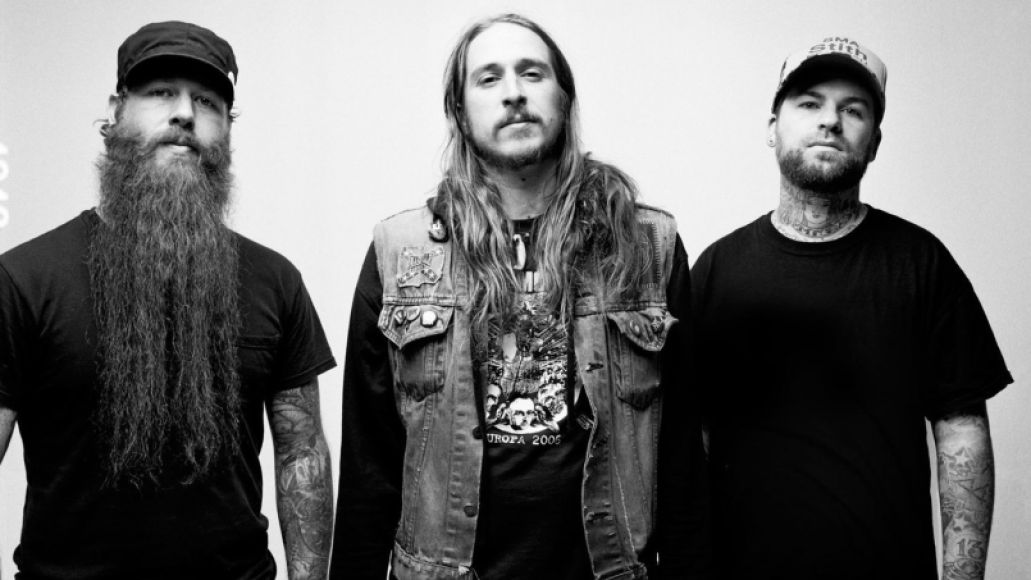 I often find it difficult to get into the aggression of metal, but when the world seems to be burning, sometimes only this sensation holds any validity. While the sentiment of “God’s on Vacation” may pop up far too regularly these days, Black Tusk’s single evolved from the trauma following the recent untimely death of bassist Jonathan Athon. “God’s on Vacation” is a raw amalgam of volatile lyricism, a deafening rhythm section, and growling guitar riffs that hold their own with the best of 1980s thrash. Through darkness comes light, so embrace this chaos. This track and the rest of Pillars of Ash is set to be released January 29th via Relapse. –Derek Staples 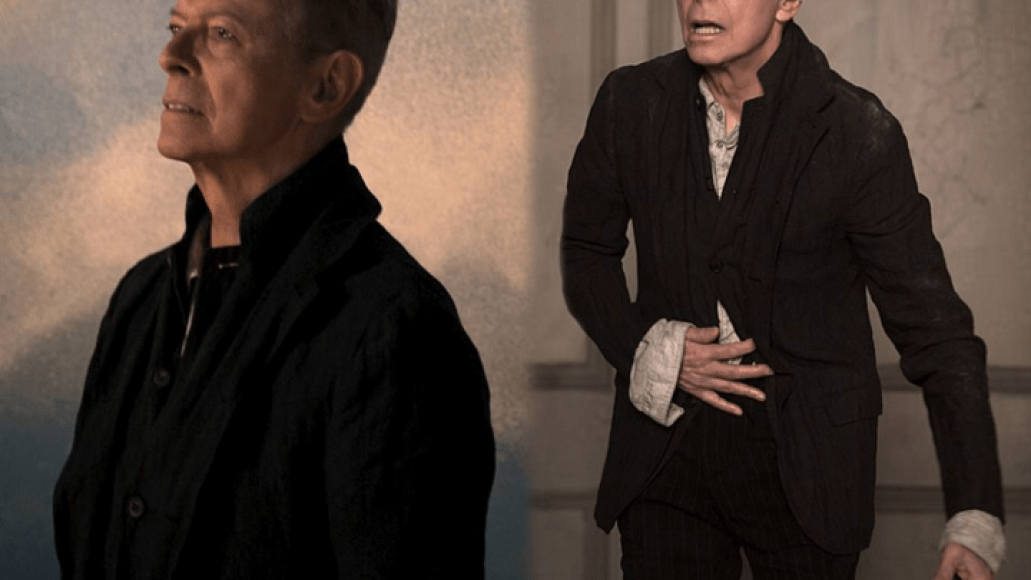 We thought we had our list set on Thursday afternoon, but then David Bowie decided to shake everything up. “★” (pronounced “Blackstar”) is a ten-minute epic that shows that the 69-year-old legend has been paying attention to modern music with a razor-sharp eye — not to mention he likely was a major influence on much of it to begin with. The twitchy electronic beat, moaning vocals, and sorrowful saxophone melt into a spacy soup, stretching and sloshing out of its bowl at times, but always deeply appealing. There’s even a classic psychedelic pop midsection, complete with that operatic Bowie wobble we’ve all known and loved. ★ the album will be out January 8th via Columbia. –Adam Kivel 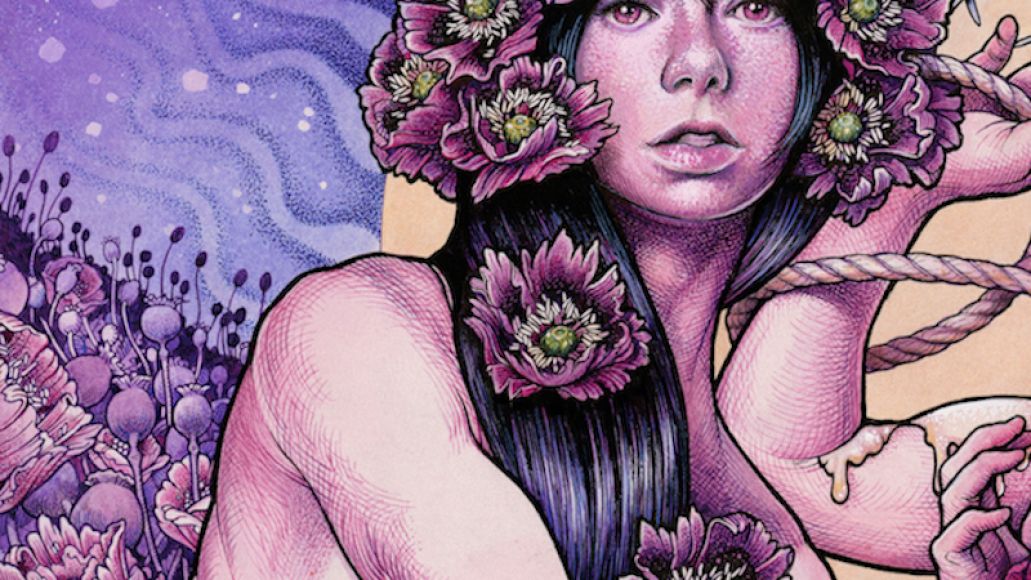 A near-death experience almost by necessity becomes a life-changer as well. Such seems to be the case with the harrowing bus crash that befell Baroness. While it’s not explicitly about the wreck that caused fractured vertebrae and an arm injury so severe that it almost cost John Baizley his arm, there’s a sense of the incident’s massive darkness and maybe even some light at the end of the tunnel. “Shock me/ I needed a surprise,” Baizley repeats, as soaring keys and gravelly guitar crash like epic waves — all driven by a brand new rhythm section, who sound as tight and rampaging as anything the band’s done. “A deep well of despair I found/ The day my dreams came true,” Baizley cries, that perfect Baroness blend. “Shock Me” and the rest of Purple will be available December 18th through Abraxan Hymns. —Adam Kivel 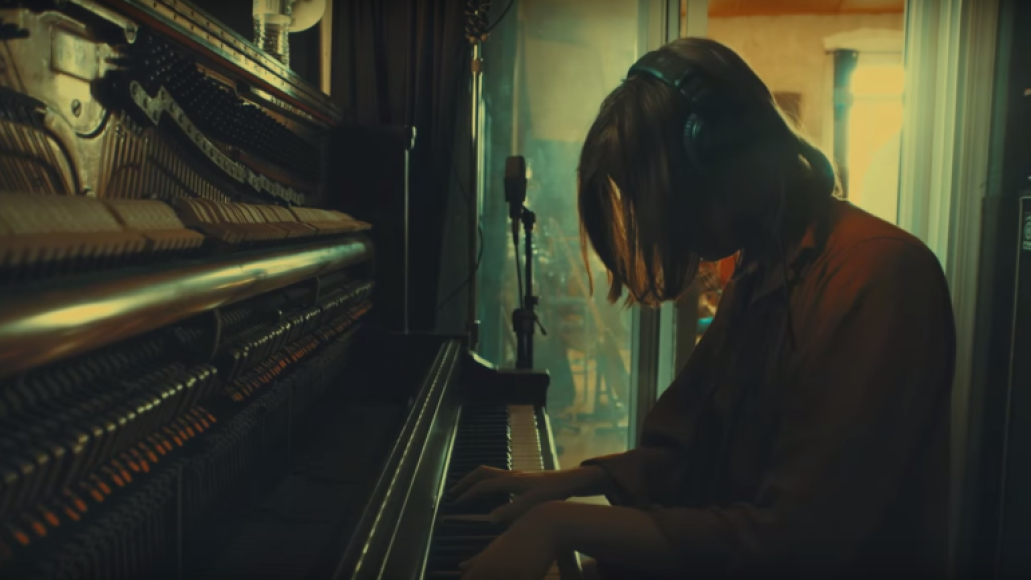 In the latest edition of Weathervane Music’s Shaking Through documentary series, Circuit Des Yeux mastermind Haley Fohr explains how she ended her time in a nuclear engineering college program by “literally flunking out.” Turns out the massive power source she was destined to work with was her hypnotic voice, once again on display on the stunning new song “Stranger”. With help from Man Man’s Chris Powell and members of Bardo Pond, unspools a haunting track about seeing a woman crying on the street and struggling with the fact that each and every person we encounter has such deep emotional wells of potential pain. “I might’ve seen what you’ve seen/ I might’ve known what you’ve known/ But I don’t know much of anything,” she intones in her enthralling baritone, before the track flickers and burns brighter. Check out Shaking Through for a documentary on the recording process for the one-off song. –Adam Kivel