A Brief History is a recurring feature that offers a crash course on some sliver of music or film history. Today, we look at actors playing multiple roles in a movie.

Title aside, we decided to take a look back on many performers over the years that had the task of taking on two roles in one movie. The key word here is “two”. Because of this stipulation, excluded from the feature are Eddie Murphy’s Nutty Professor films because he plays more than just two characters. We couldn’t even include Coming to America! Seek that one out if you haven’t already. (Spoiler: Murphy still appears within our feature.)

We’ve got representatives from different eras and genres, of different backgrounds and characterizations. Not everyone here plays a twin to the other — there were some interesting twists we found along the way. Enjoy, and to all the twins and clones out there: We salute you! 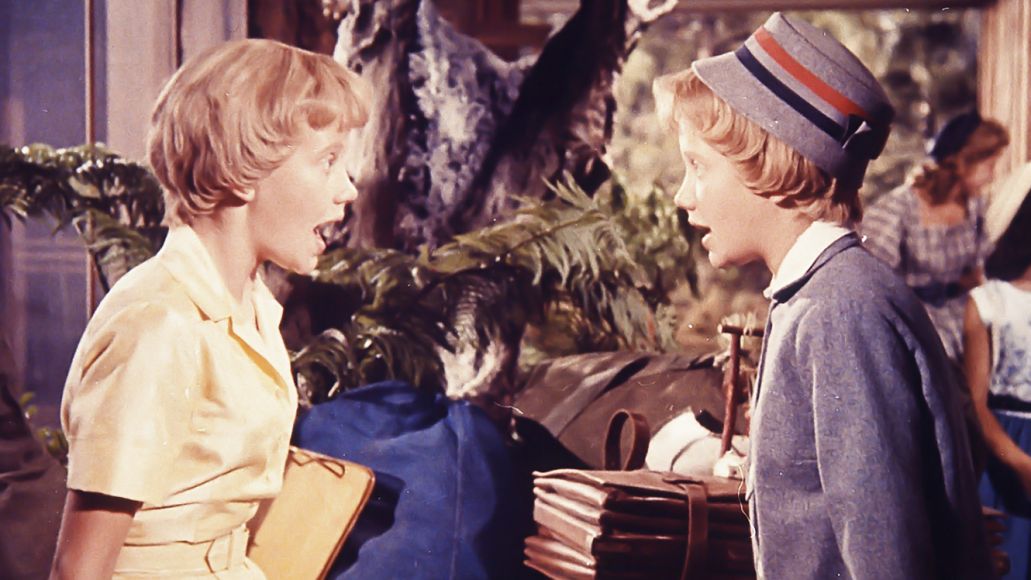 Kudos to Hayley Mills, the famous Disney child star from the ‘60s who managed to convince audiences she was actually a set of twins. By “audiences,” I refer to a young me who used to watch The Parent Trap on The Disney Channel. Regardless, the young actress plays twins who were separated at birth, meet each other at summer camp, and conspire to get their parents back together.

One twin is a fast-shootin’ tomboy while the other is a “princess.” Not a literal princess, which is why I used the quotation marks, but a spoiled brat. Do they get their parents back together in the end? Of course! Do I feel bad for spoiling that? Of course not! The original Parent Trap led to three sequels in the ‘80s and ‘90s as well as a Lindsay Lohan remake.

Best Performance? I’d like to think Mills’ performance as a pair of twins who have to pretend to be the other for long stretches of the movie inspired Tatiana Maslany’s complex clone performances in Orphan Black. I’d like to, but it’s probably not true. As for whom Mills played best: It’s a push! 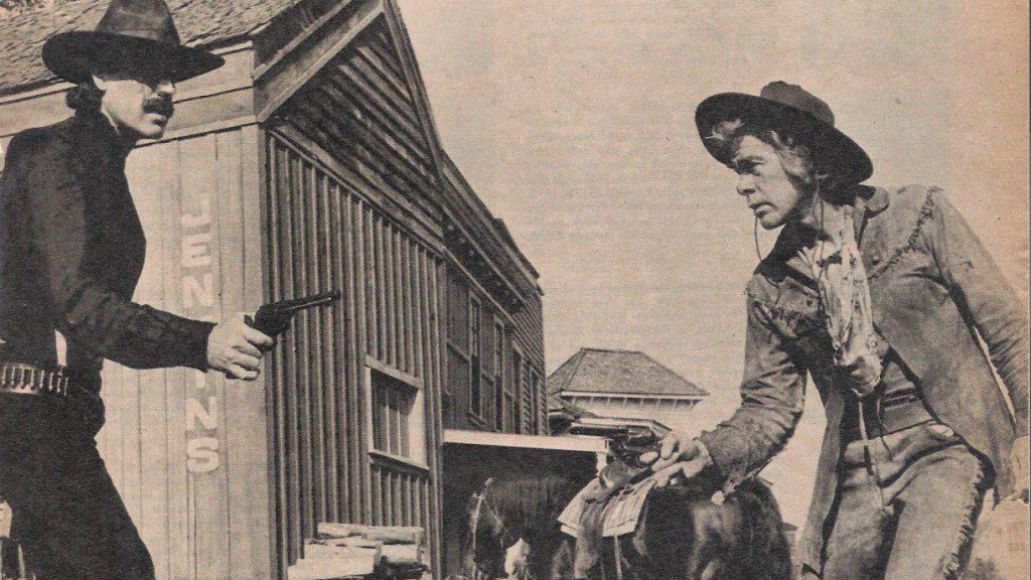 Tim Strawn is a wicked hitman in the wild wild west, a bad boy cowboy with a silver nose and a deadly shot. Ouch. Kid Shelleen is Gene Wilder’s Waco Kid nine years earlier, a once-proud and gifted gunslinger who’s been living in a bottle for years.

Lee Marvin was both men and won a Best Actor Academy Award for his two-fisted portrait of cowboy archetypes in Elliot Silverstein’s Western Comedy Cat Ballou. While the movie’s become a little forgotten, the image of Marvin as Shelleen hunkered over on a leaning and probably drunk horse is the stuff of Hollywood legend — an iconic comic image. During Marvin’s acceptance speech, he said he owed half of his Oscar to “a horse out in the Valley somewhere.”

Best Performance? Kid Shelleen by a country Western mile. Marvin has never been this silly or this soused on screen. The bonafide badass got to have such a good time playing a town drunk gunslinger, and Marvin’s whiskey bottle of a man was Cat Ballou’s calling card. 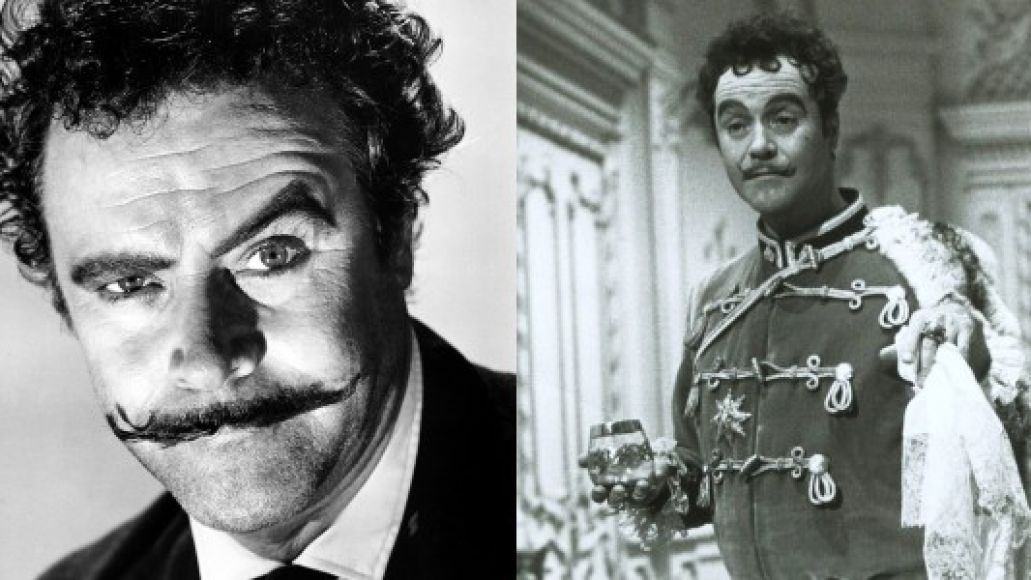 Jack Lemmon must have had the time of his life on Blake Edwards’ The Great Race. He was playing two of the campiest, cornballiest crazies in film history. Mind you, The Great Race was Edwards coming off of the loopy world of Inspector Clouseau, so his 1965 mega-budget screwball epic demanded characters of a cartoonish quality. The famed director had Lemmon playing both a Snidely Whiplash-like villain and a foppish cad of a prince. Now that’s a wig party that Mortdecai should’ve borrowed from.

Lemmon’s Professor Fate was a bushy-browed baddie. Cacklin’ and schemin’ and plottin’ and what haves ya’, looking to get into explosive trouble any way he could with Wile E. Coyote-brand projects, with Peter Falk as his Igor-style sidekick. As Crown Prince Frederick Hoepnick (feel that rich European blue blood), Lemmon got to preen and pout as a wealthy man-boy who elicited the best kind of cheap laughs. Lemmon looks like he’s having a ball going crazy with both these two doofuses.

Best Performance? Oh boy. Lemmon is way too good in both roles, but we have to give it to Fate. The guy has a drooping, brapping Mancini theme after all. 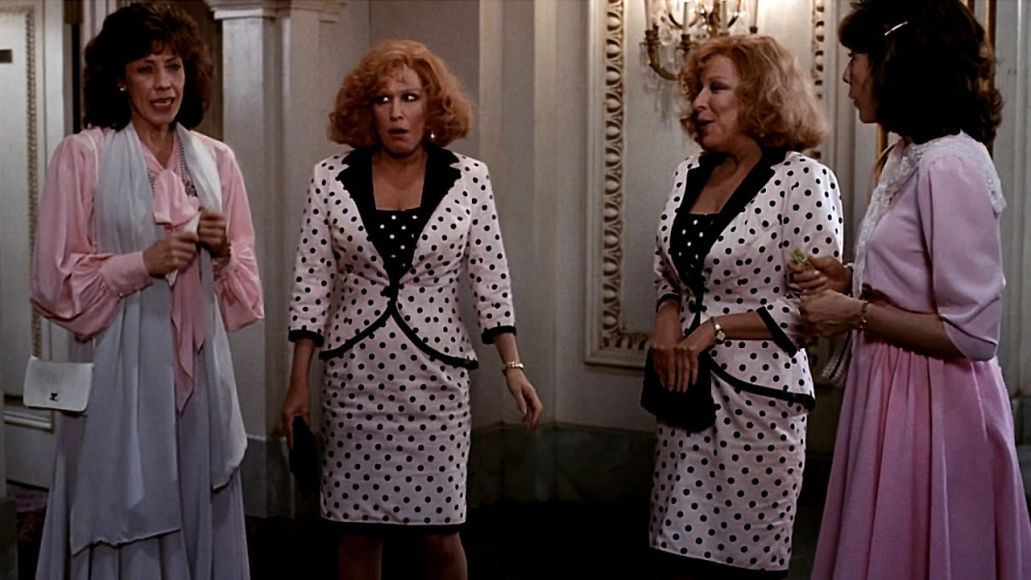 Director Jim Abrahams had just co-directed Bette Midler in the successful Ruthless People when the chance to work with The Divine Miss M came up again two years later. In Big Business, Midler and Lily Tomlin play sisters who actually aren’t — they discover that they each have twins from whom they were separated at birth. In an expected move by the writers, the Shelton sisters grew up rich while the Ratliffs grew up poor.

Mistaken identities, family business (hey, big business!), love stories, and inevitable run-ins ensue. Tomlin and Midler are icons in the comedy and musical arenas, so while the movie isn’t a classic by any means, it’s tough to disregard completely. It’s one of those event movies in that the two actresses had not worked with each other prior, nor have they worked together since. Can’t recommend it wholeheartedly, but I will say that the great Fred Ward is in it. And a young Seth Green!

Best Performance Midler usually plays diva-like characters and plays them well, but her performance as the soft-spoken, hopeful Sadie Ratliff was a nice change of pace for the actress. 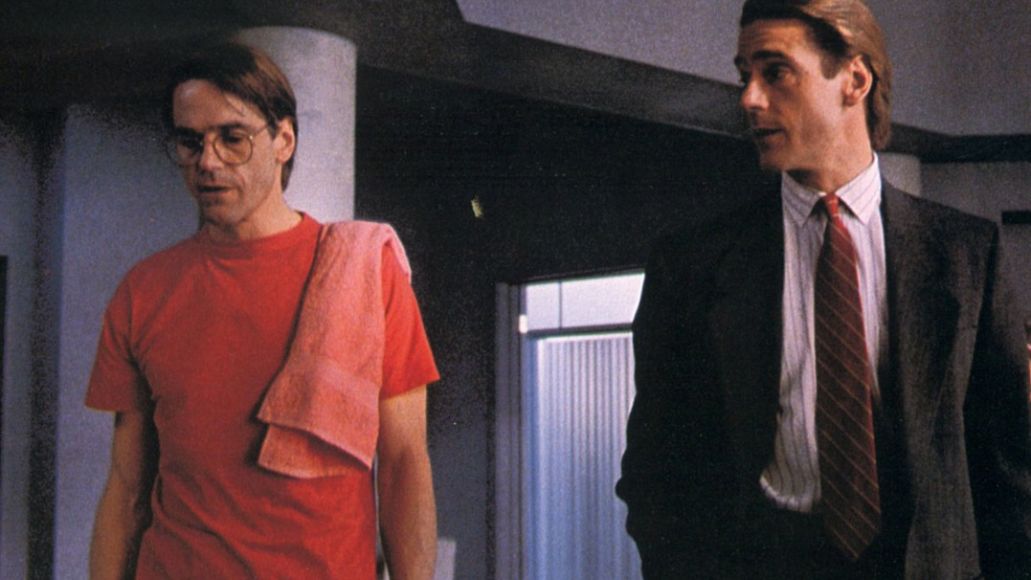 Jeremy Irons 100% deserved a Best Actor Oscar for Reversal of Fortune. The English actor was incapable of shying away from frankly weird, villainous, ambiguous, and, at times, kinky personas. As Klaus Von Bulow, Irons showed his depth and willies-inducing intensity. He made good money vamping for studio fare like The Lion King and Die Hard with a Vengeance, but to this day, in the freaky fold of Jeremy Irons performances, nothing tops his double dose of devilish fun: David Cronenberg’s Dead Ringers.

As Beverly and Elliot Mantle, identical twin gynecologists in Toronto, Irons tapped into two specific kinds of creepy. Elliot is a womanizer, clinical, cold, and cynical. When he grows weary of a woman, she’s handed off like scraps to the complicit and shy Beverly. Irons took identical presences and turned these brothers into distinctly spooky characterizations. Beverly and Elliot are jaded, disinterested in contributing to anything remotely decent, and manipulate people to selfish and self-pleasing ends. It’s a pair of terrifically nuanced and deeply troubled roles for Irons.

Best Performance? Oh God, how do you pick a winning performance between two men whose sole MO was playing games by swapping places with each other to emotionally manipulate women? We’ll just say Beverly, because Irons embraced clinical depression and a certain manic ennui for that half of the Toronto twinsies.

Two Roles, One Star: A Brief History of Double Performances