Another Planet Entertainment is known for throwing some of the best concerts in the Bay Area. Perhaps there’s no better evidence of this than The Big One, a New Year’s Eve concert going down at Bill Graham Civic Auditorium in San Francisco.

The Flaming Lips and Ratatat will headline the festivities, with Tycho performing live as well as a DJ set. Other confirmed performers include Gramatik, Geographer, XXYYXX, Gigamesh, Shigeto, Christopher Willits, Worthy, Motion Potion, and more. It’s going to be a night to remember, for sure, and you’ll definitely want to be there.

Oh wait, tickets are nearly sold out, you say? We feel your pain, dear reader, and we’re here to heal it. In fact, we’re not just going to get you into The Big One; we’re going to give you a pair of tickets to five more incredible Bay Area shows. Yes, we’re giving one winner a pair of tickets to six upcoming shows in Oakland and SF, including The Big One. The other gigs you’ll get to see are:

Essentially, for the next three months, you can be the glorious Concert Ticket God as your friends clamor to heap praise upon you for entry to these gigs. All you have to do is enter using the widget below, but you only have until November 26th, the day before the first show, to get in on it. Increase your chances of winning by completing social media tasks like sharing on Twitter or following Consequence of Sound on Facebook.

Entry automatically enrolls you in the CoS newsletter. Winner must provide their own transportation and accommodations. 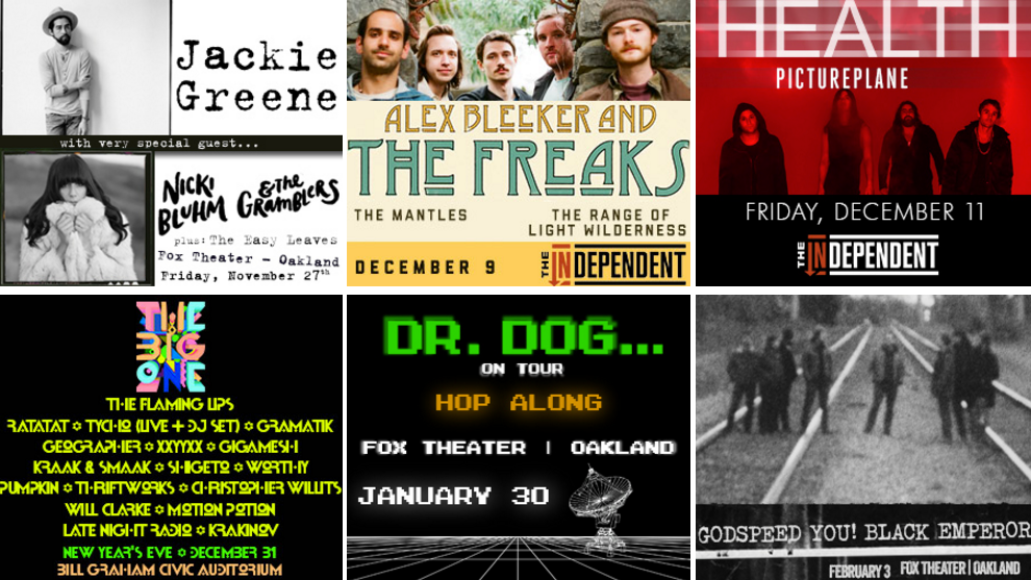 Win tickets to six Bay Area shows including The Big One with The Flaming Lips, Ratatat