Yeah, to you it’s Thanksgiving; to me it’s Rocky Week. On Wednesday, Ryan Coogler’s highly anticipated Rocky spinoff, Creed, hits theaters and to celebrate, we’re carving out a feast of features. Today, Dan Caffrey shares his notes after sprinting through a Rocky Marathon of his own, tomorrow we’ll go over all the sidekicks that helped make the Italian Stallion a champ, and Wednesday we’ll celebrate the art of the montage. Come Thursday, you’re gonna be crappin’ thunder!

I didn’t grow up with Rocky Balboa, and as a result, I’ve always associated his first film with sports-movie cheesiness. Why bother with something that contains so many cliches of the genre? The training montage, the underdog-turned-champion, the uplifting music — none of it seemed worth my time. After all, I’d seen all of these things in so many other sports dramas. The Oscar wins, annual TV marathons, and general praise from everyone I knew didn’t matter. To me, the Rocky films were old hat.

Or so I thought.

Ignorant dumbass that I am, I never stopped to consider that Rocky was also the first hat (a beat-up old fedora, specifically), the film that embraced these cliches back when they weren’t cliches at all, but innovations.

So when, on a drunken whim, I finally decided to watch the first film after a Fourth of July party earlier this year (I was feeling patriotic), I was blown away. Not by its bombast, which really only rears its head in the third act, but by its tenderness. Rocky is as much a sweet and awkward love story as it is a boxing movie, with Rocky and Adrian’s romance becoming a bedrock for the rest of the series. Even when some of the later installments succumb to the kind of outlandish excess and plotting the early entries dodge so expertly, they still have heart because their central relationship has heart. And as Adrian tells Rock in part five, “You beat ’em with heart, not muscle.” It’s the heart that matters most. 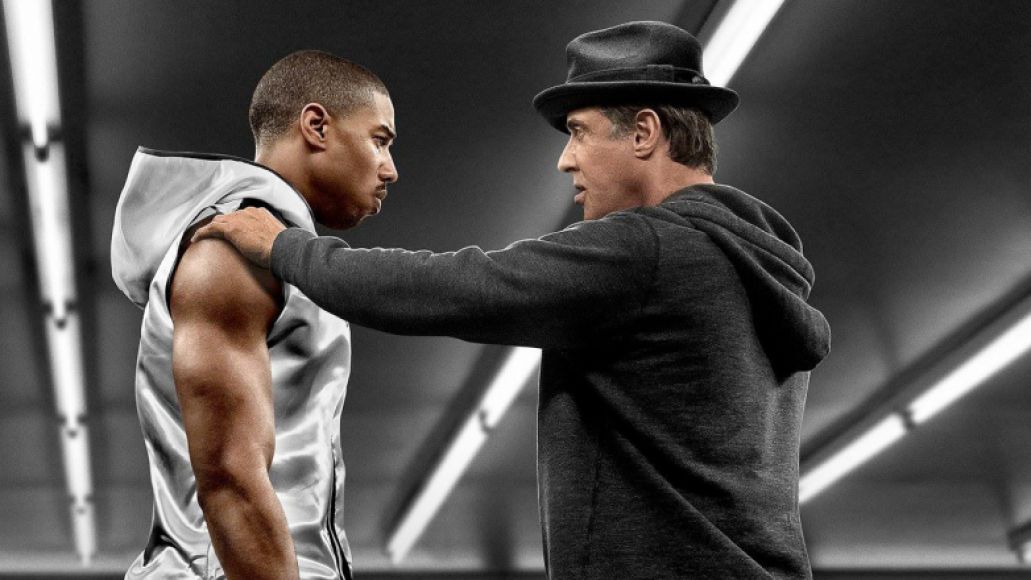 Some prestige helps, too, and after the peoples’ champ saw yet another comeback with 2006’s solidly downplayed Rocky Balboa, indie darling Ryan Coogler (Fruitvale Station) has recently taken over directing duties from Stallone, who’s written every Rocky film and helmed all but the original and V. So before Creed — which follows Rocky training Apollo Creed’s son, Adonis—hits theaters this week, take us by the boxing glove for a first-timer’s journey through all of the previous sequels. Keep in mind, I’ve never seen any of these before, and most of my notes were written in real-time. In other words, please excuse any factual errors.

Alright, time to run up those steps. There are some falls along the way, but in the end, Rocky ends up being that rare series that achieves comeback after comeback. Our own Justin Gerber didn’t call Creed the second-best chapter in the franchise for nothing. Cue the music, ya bums, and say it with me now, even though the quote makes almost no sense in this context. Sometimes it just feels good to say these sort of things:

“Yo, Adrian! I did it! I watched all five Rocky sequels!”

Yo, Adrian! I Did It! I Marathoned All Five Rocky Sequels!