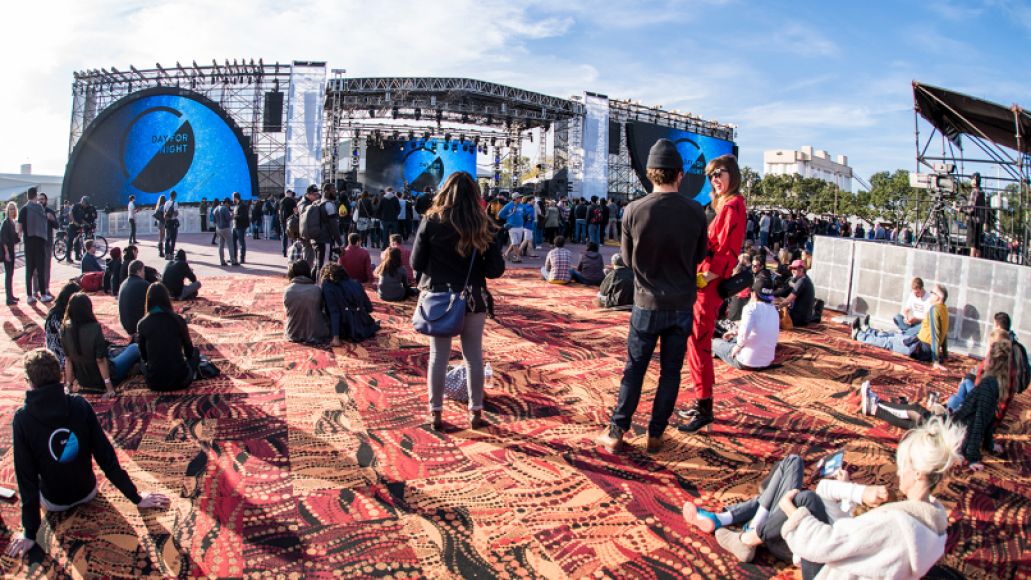 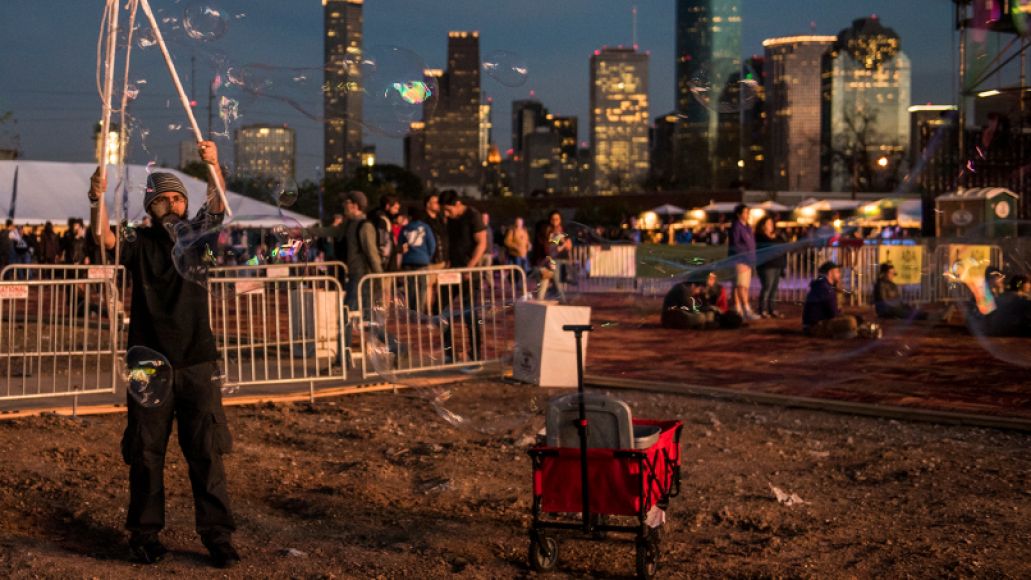 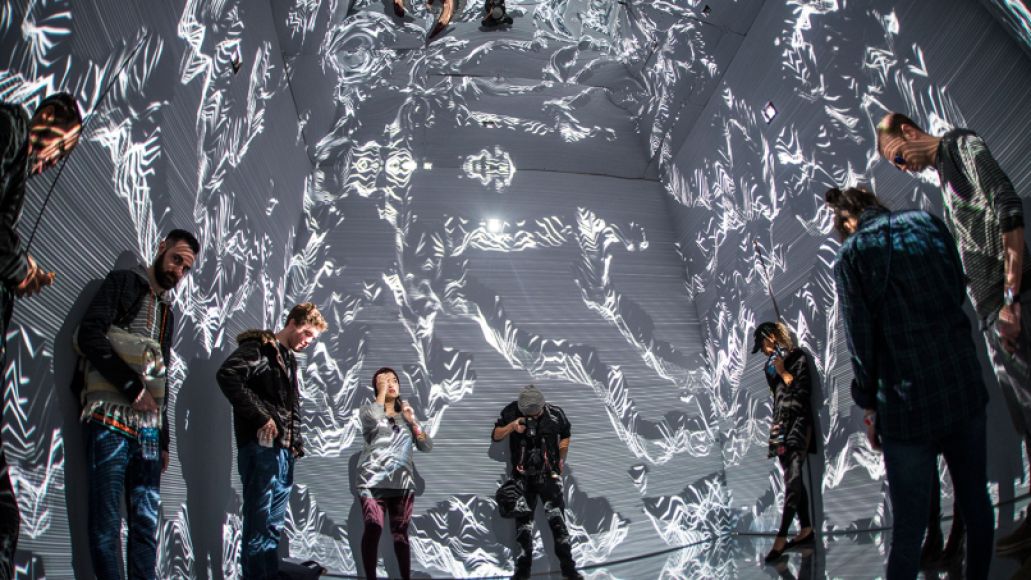 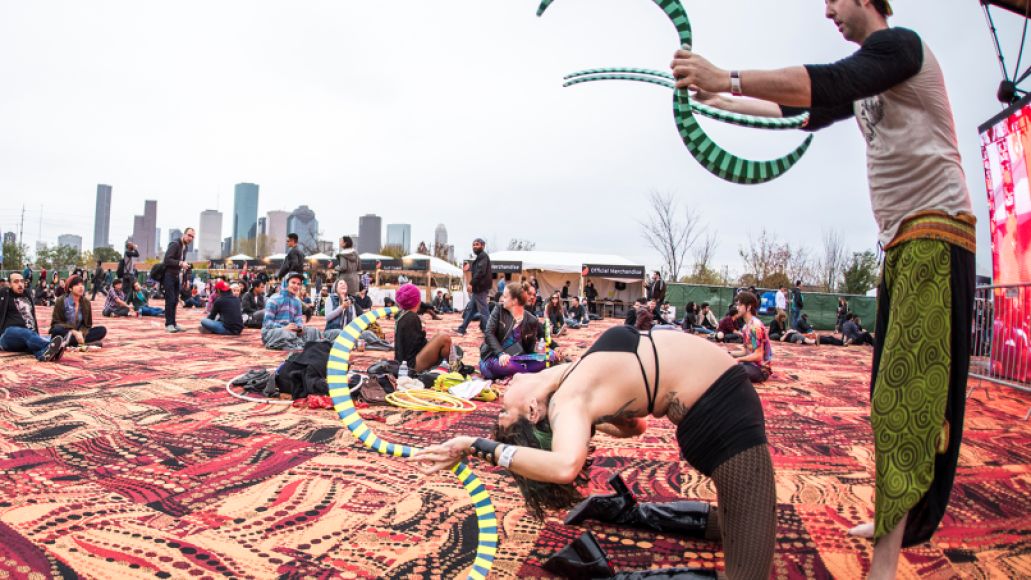 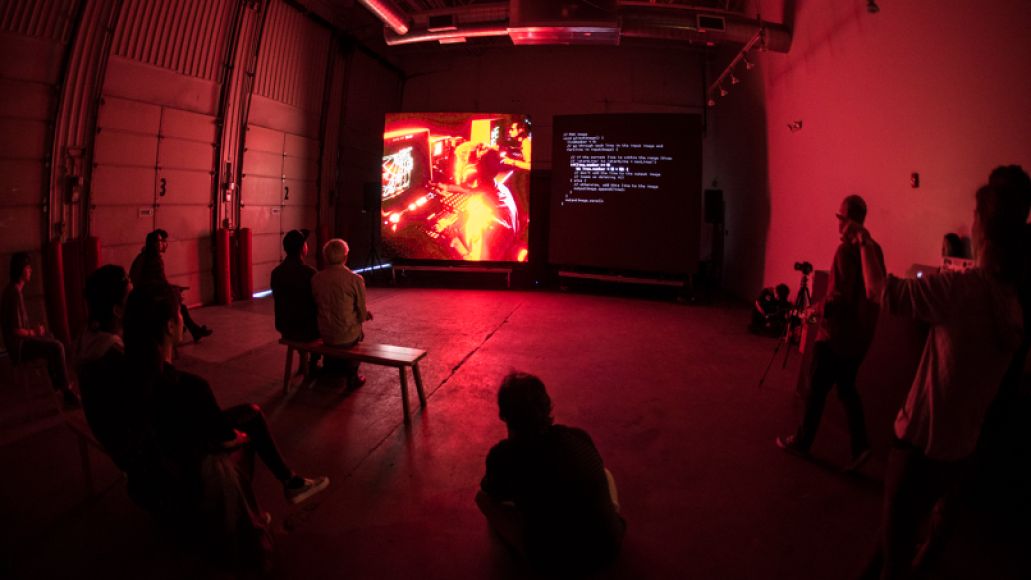 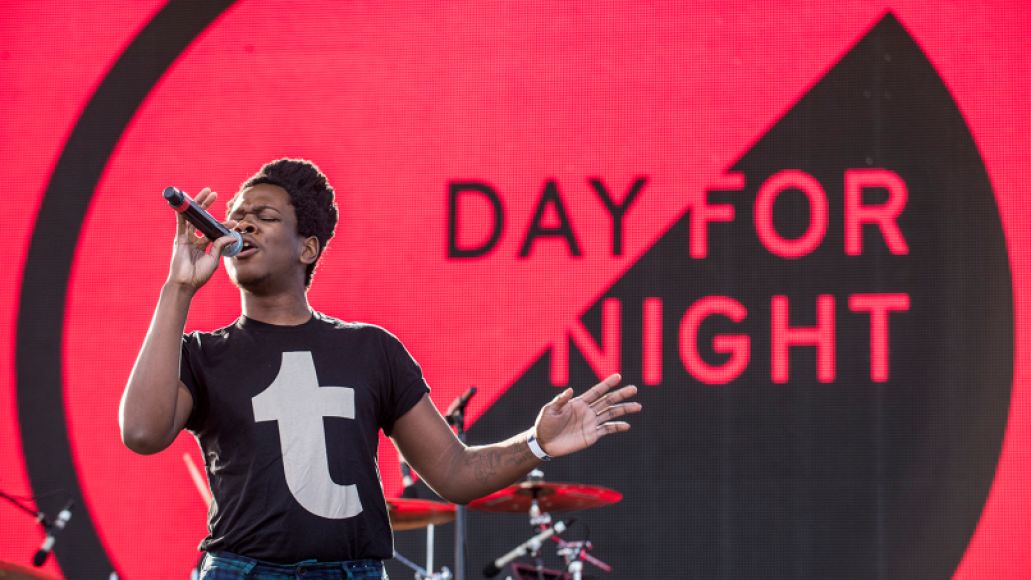 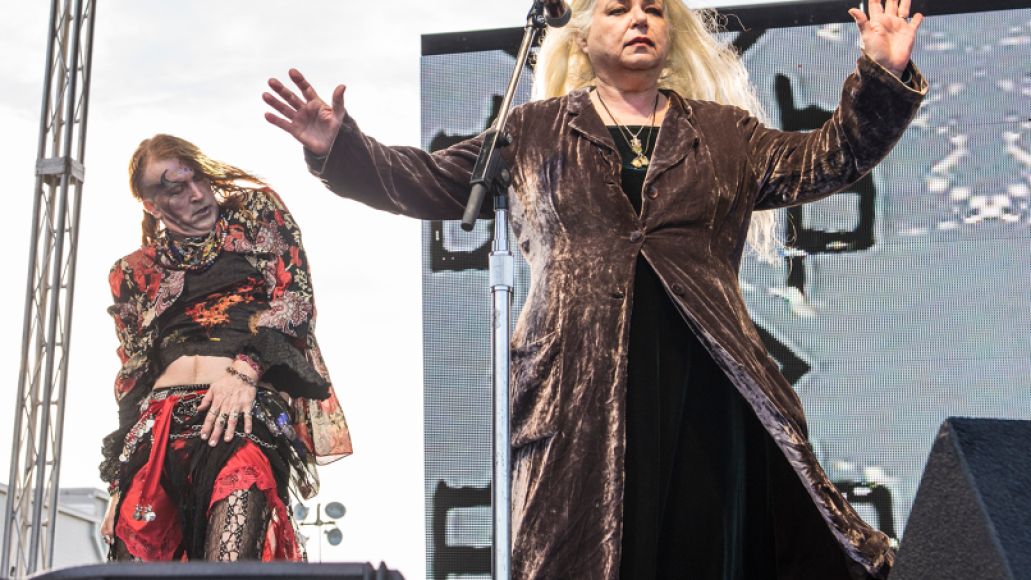 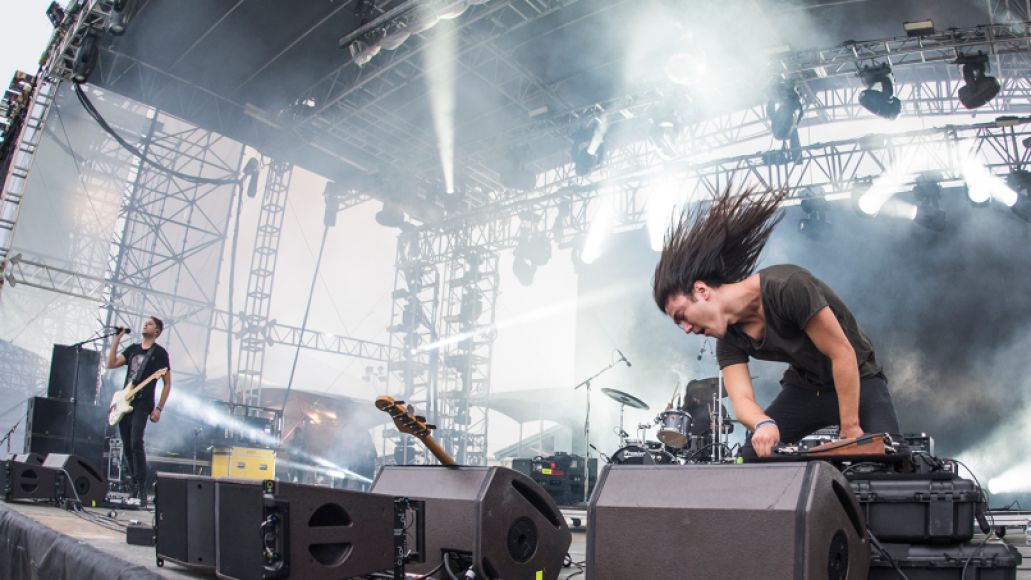 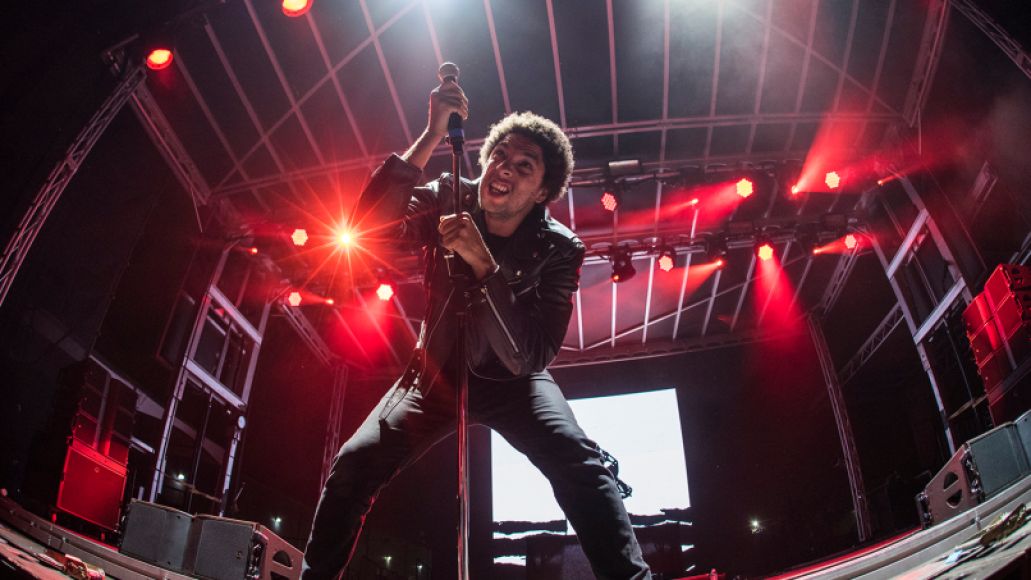 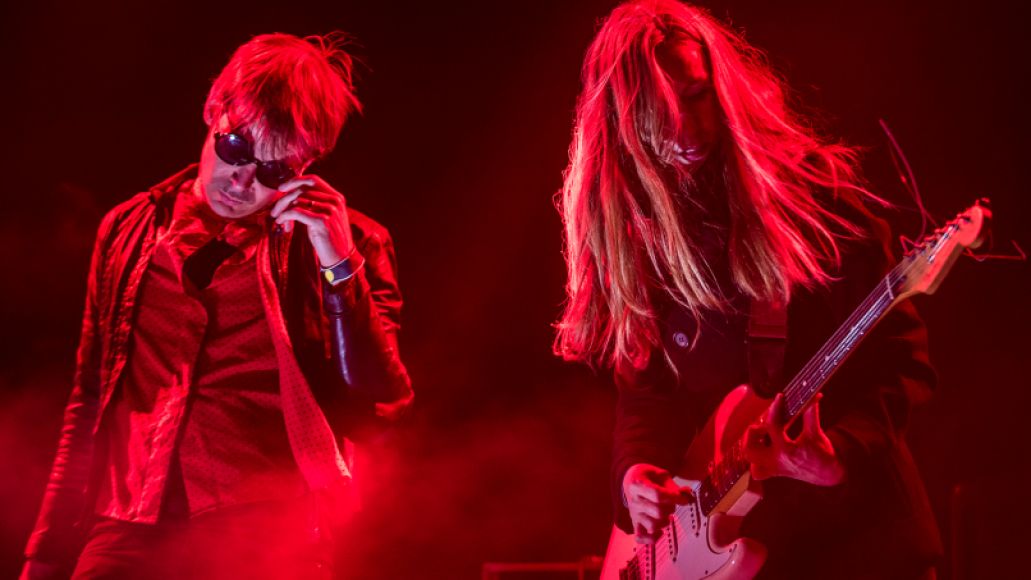 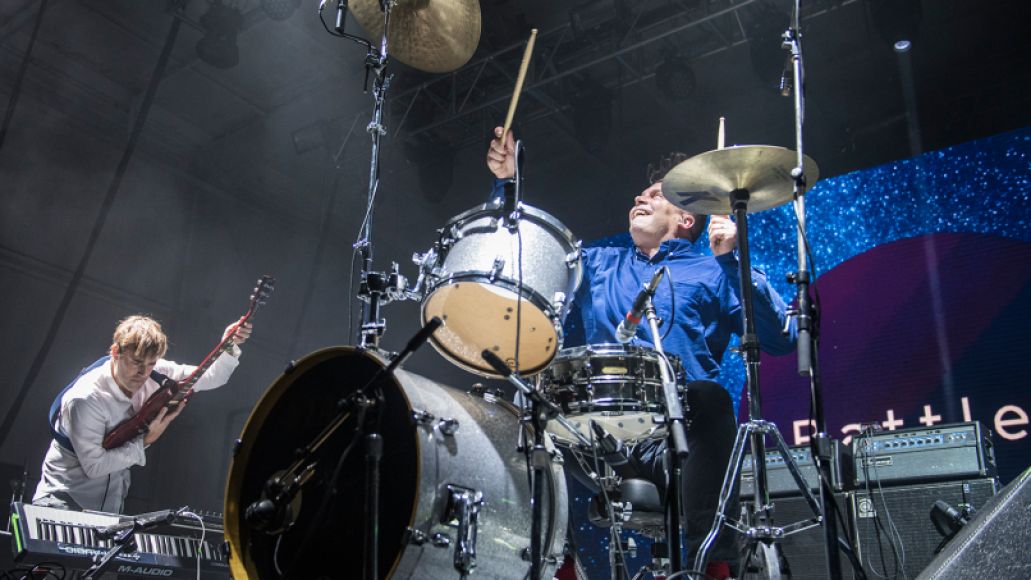 After a full day of mostly electronic and dance acts in the warehouse, Battles took over the long room and put on a showcase of their thrilling jams. More than any act prior, they packed the room with a mass of people dancing in the pit as if they were at one of the DJ sets. Cameras from overhead the band caught an aerial view that they displayed on screens throughout the warehouse, giving the whole room a chance to feel up close with the band, who tore through a number of songs from their new record, La Di Da Di. The rubbery nature of their music gave it an open, jubilant feel that was also clearly tightly controlled, full of repetition not dissimilar from Philip Glass’s performance seven hours earlier. As one of the few more traditional rock bands on the bill, their loose, improvisational nature was a great fit for the festival. –David Sackllah 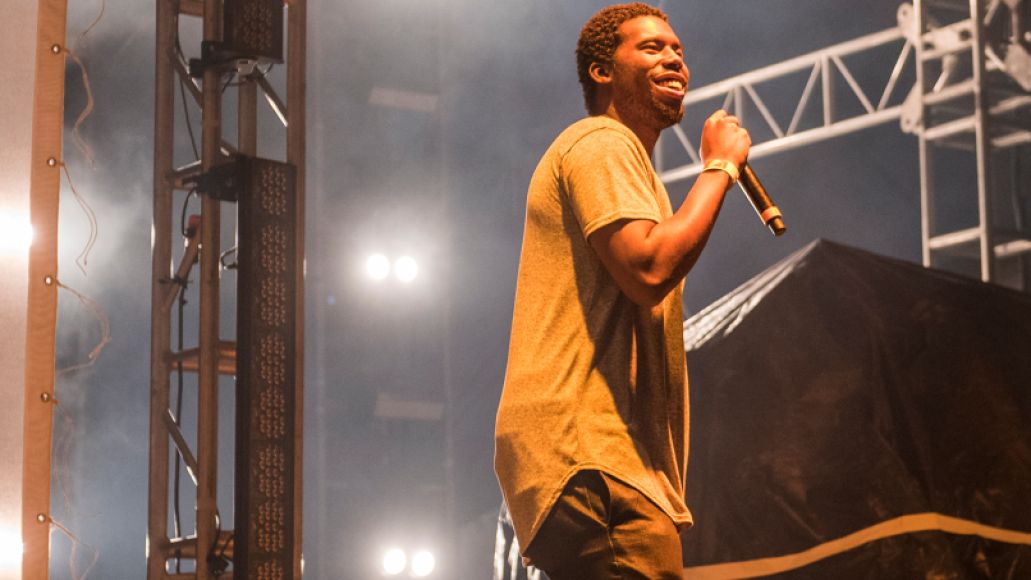 Accompanied by the most intense multilayered visualizer of the festival (and believe me, at Day for Night, that’s saying something), Flying Lotus had the crowd in the palm of his hand. After being introduced by Houston’s own Bun B, the set seemed poised for collaboration and guest appearances. His cosmic blue and green color scheme interwove shapes and letters on a slightly off-kilter axis, and judging by the amount of gaping mouths and vacant stares, it was an effective tactic. Musically, he spun a balanced set showcasing FlyLo highlights, as well as his work as Captain Murphy. Halfway through the set, a gentleman in the front row passed him a large blunt, and the teasing began: First he jested that Kendrick was coming out, then Earl Sweatshirt, and then Kendrick again. As the introductory notes for “Never Catch Me” began, complemented by the knowledge that Kendrick was set to take same stage in less than 45 minutes, it was hard not to assume that K-Dot would come out for his bars. Sadly, we got the recording; not so sadly, we got the real thing an hour later. –Kevin McMahon