When J.J. Abrams set about casting the leads for Star Wars: The Force Awakens, he made a concerted effort to find relative unknowns like Daisy Ridley and John Boyega. However, Disney is taking a drastically different approach in casting the title character for its planned Han Solo anthology film. According to reports, over 2,500 actors have auditioned to put on the vest and holster the blaster of the character made famous by Harrison Ford.

Casting directors are apparently willing to look at almost any male actor between the ages of 16 and 34. As such, everyone from name stars like Miles Teller, Dave Franco, Aaron Taylor-Johnson, Rami Malek, and Chandler Riggs to barely recognizable actors like Tony Oller, Leo Howard, Nick Robinson, and Colton Haynes have all either read or sent in tapes for the part. Other names mentioned include Tom Felton, Joshua Sasse, Hunter Parrish, Landon Liboiron, Ed Westwick, Logan Lerman, Ansel Elgort, Jack Reynor, and Max Thieriot.

“This has been the easiest movie to audition for,” an agent told The Hollywood Reporter. “They are seeing everyone.”

It’s certainly a wide net, but there’s plenty of time to tighten the knot. The shoot isn’t scheduled to begin until January 2017, with a release date set for May 25th, 2018. The casting team will take their time in narrowing the search before directors Phil Lord and Chris Miller make their final pick.

Whoever ends up getting the highly competitive role, there’s only one place in the galaxy fans will want to see the film. The Alamo Drafthouse theater chain has just opened a brand new theater in Omaha, Nebraska that’s entirely Star Wars themed.

Everything from the lighting to the wall panels are designed to look like the inside of an Imperial ship, like something from the Death Star or a Star Destroyer. In fact, there’s even a giant Death Star hanging from the ceiling. And yes, this station is completely operational. There’s a working superlaser on the dangling center piece, and you can control it from a replica of the Emperor’s throne in the lobby.

“The idea behind the lobby is that we wanted to construct and install a lobby theme that would make us unique in our Omaha market as well as the Midwest,” Drafthouse’s Omaha team told EW. “We also wanted a theme that was built around an iconic film and to completely own that theme to immerse our guests in the experience. That is when Star Wars came into the picture and it just so happened that we timed it out just right with the announcement of the huge plans for a new Star Wars legacy starting this December. It is a permanent installation and will be the destination to see all of the new Star Wars films.”

Now it looks like fans won’t just be booking their theater passes months in advance, but their plane tickets, too. Check out images of the new cinema below. 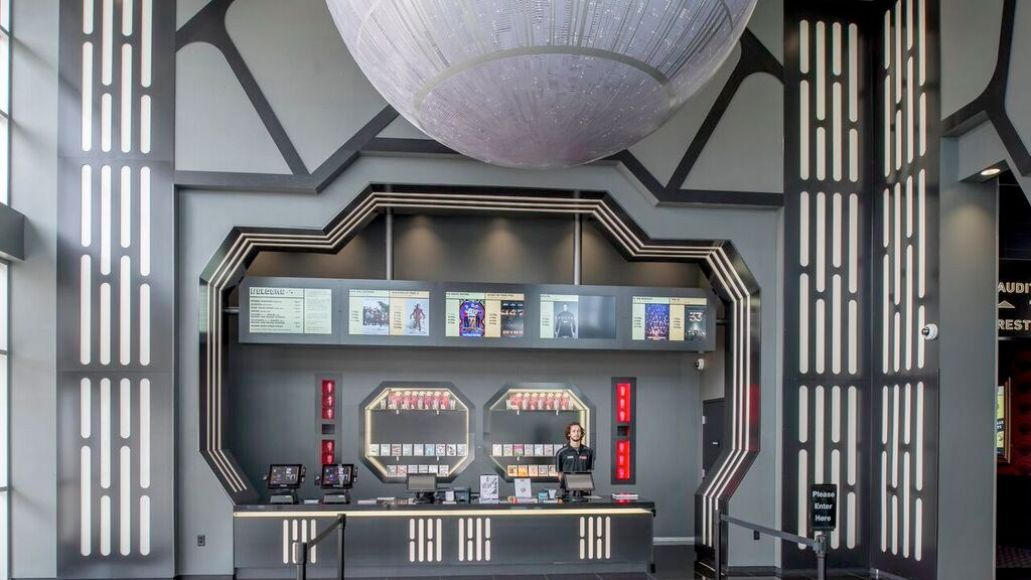 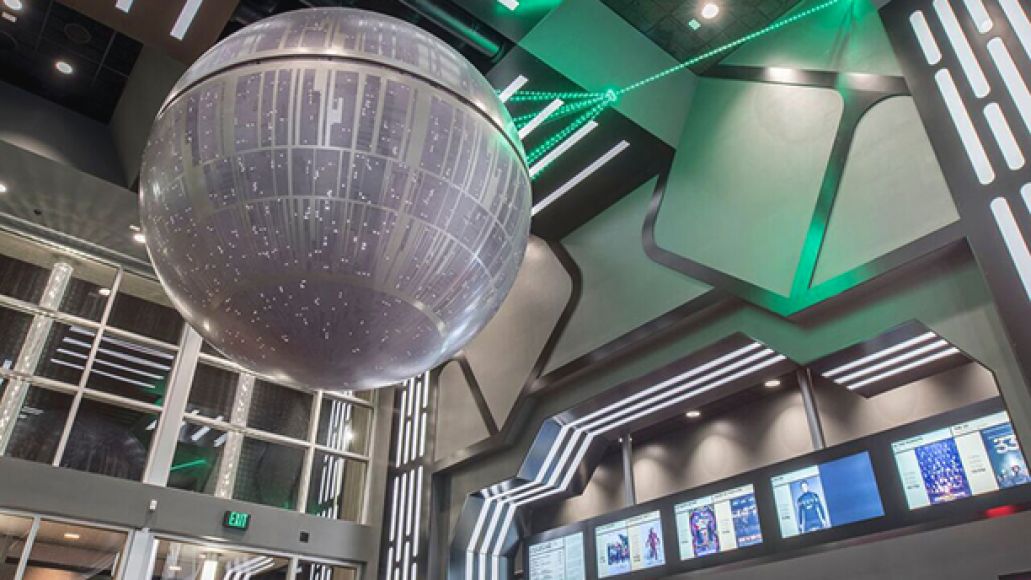 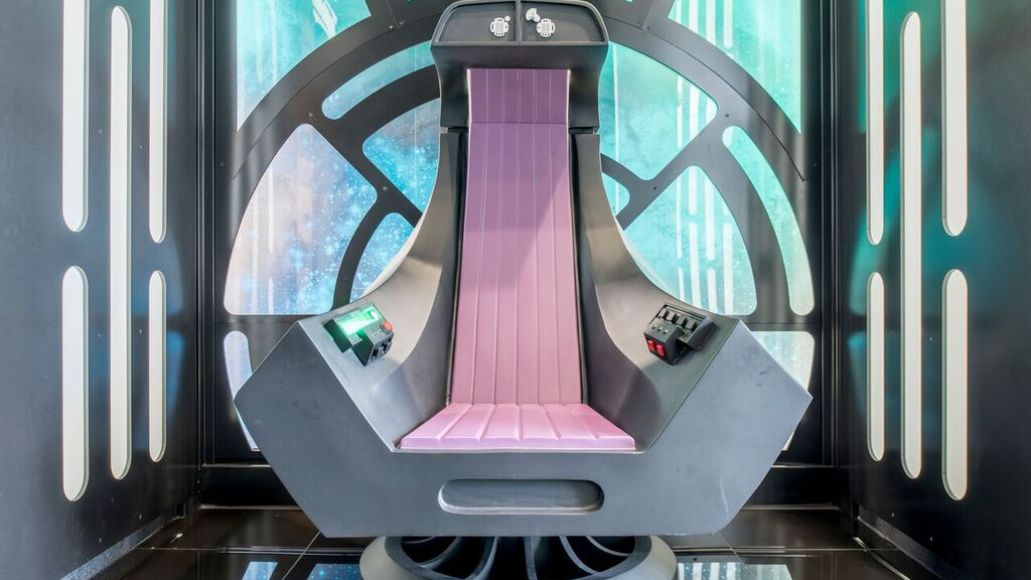 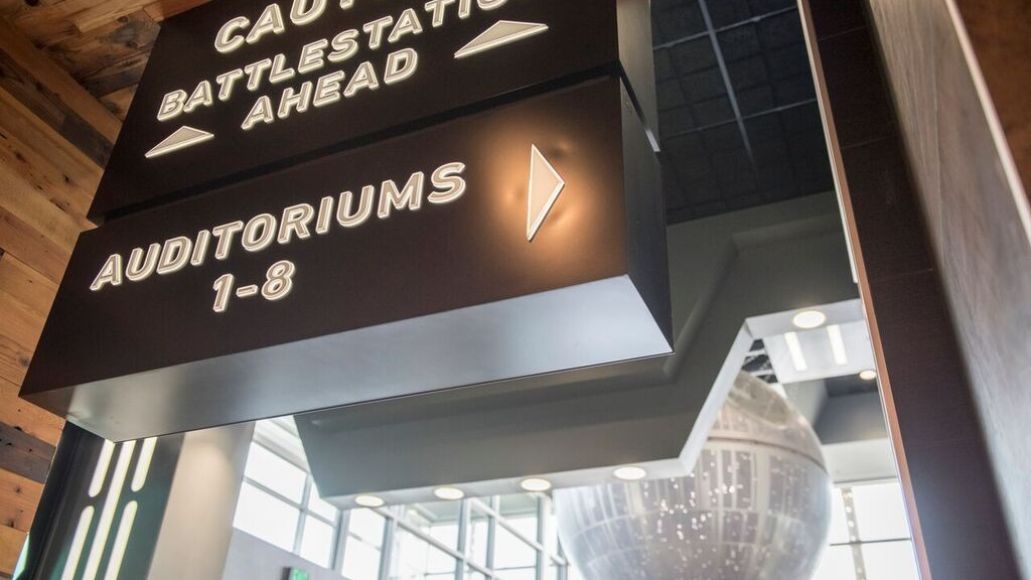 Disney has auditioned over 2,500 actors to play Han Solo in anthology film