Foals have had a great 2015, with their latest album, What Went Down, deservedly gracing many a Best of 2015 list. For the penultimate night of the US leg of their tour, they brought their sold-out show to NYC’s Terminal 5. This time around they were headlining, to the delight of their very passionate fan base.

The crowd surf has become frontman Yannis Philippakis’ signature move. Teasing it until neither he nor the audience can take it any longer, he feverishly hurls himself into the crowd. However, this time he whipped the whole room into a frenzy by leaping into the audience three times throughout the evening. During “Two Steps, Twice”, Philippakis disappeared, leaving the rest of the band to continue while he made his way to a balcony packed with fans. Legs dangling off the edge, he strategically planned his plunge and even went as far as directing the eager crowd below for the ultimate crowd-surfing success. 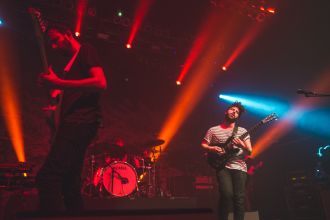 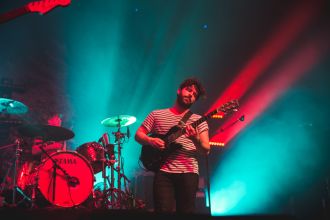 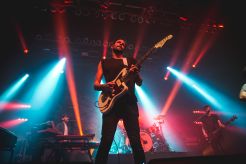 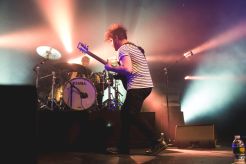 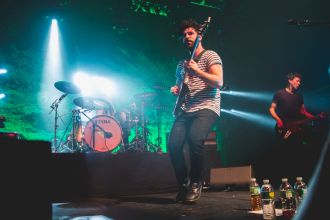 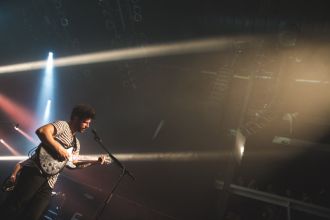