David Bowie is known as a pop culture renaissance man, and he can now add writing and composition credits to his résumé for his new off-Broadway play, Lazarus, which officially opens its sold-out run on December 7th at the New York Theatre Workshop. The work is a spiritual successor to Walter Tevis’ sci-fi novel The Man Who Fell to Earth. (Bowie starred in the 1976 film adaptation.) While Bowie doesn’t act in the play, he dug into his catalog to rework some of his most famous tracks for key moments in the story and also composed new songs.

The plot centers on Newton (Dexter’s Michael C. Hall), an alien who lives a miserable, reclusive life ever since he shunned his human ex-lover and was experimented on by the government. His last attempt to build a spaceship to return to his home planet – where his family is – was foiled.

Now, the morose martian spends his days subsisting on cereal, staring at a television, and getting drunk on gin. His assistant, Elly (Fargo’s Cristin Milioti), struggles with her marriage at home and subsequently finds herself increasingly attracted to her boss. Also, a cherubic, mysterious girl (Sophia Anne Caruso) appears and devotes herself to helping Newton escape, while a sinister stranger named Valentine (Michael Esper) lurks in the shadows. 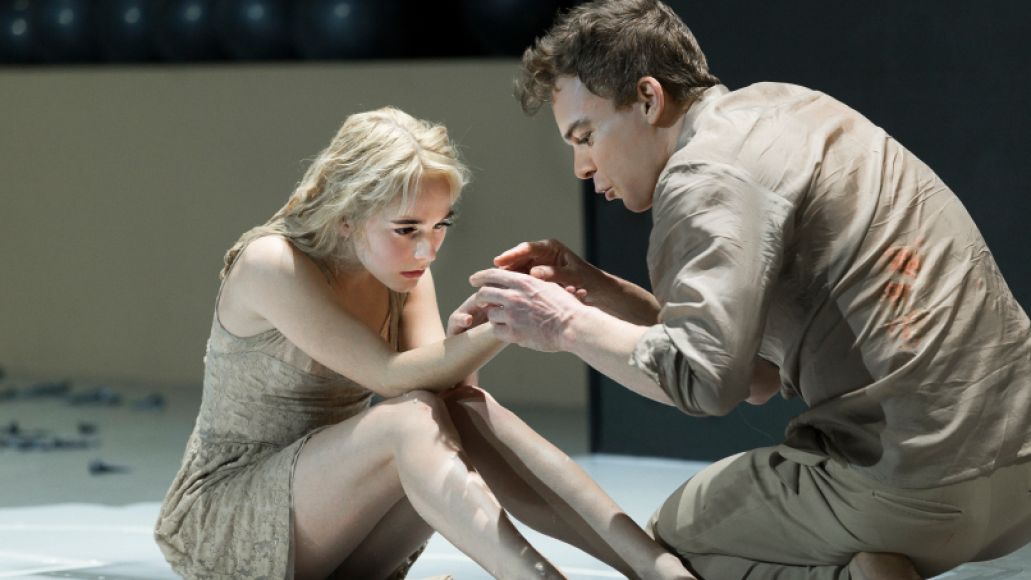 “The piece is broken and fractured; the information comes late,” co-writer Enda Walsh told the New York Times. “You don’t know what you’re watching for about 40 minutes or so.”

The set was also minimalist: an unmade bed, a refrigerator, a record player, and a giant television. Behind glass windows, seven musicians played the soundtrack. The music proved to be a huge highlight of the experience. In a scene when Elly tries to fashion her appearance on Newton’s ex-lover’s look, Milioti gave an unhinged performance of “Changes”, doubled over as she howled, “Time may change me/ But I can’t trace time!” Caruso gave a haunting rendition of “This Is Not America” when she first made her appearance.

True to Walsh’s claim, the exposition was dense. Some subplots – such as Valentine stalking an attractive couple – felt less than essential to the story. Non-sequitur scenes, such as a bizarre moment when Newton is confronted by a geisha character, seemed to indicate that the protagonist exists outside of our perception of time and space. Director Ivo van Hove also further promoted this concept by sleek, layered scenes where Newton observed multiple plotlines occur simultaneously. 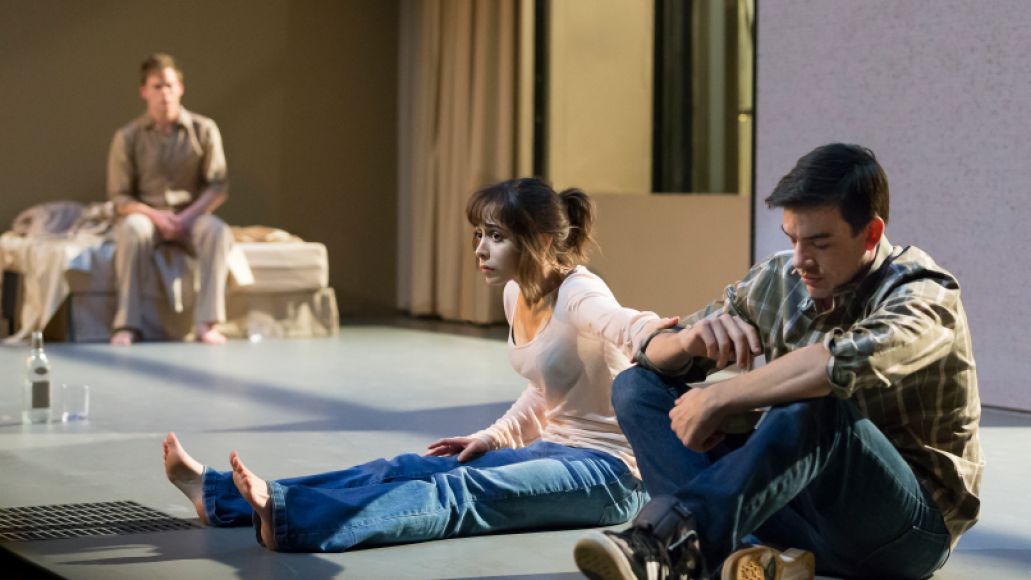 Without spoiling what happens in Lazarus’ climactic scene, all I’ll say is that the ending uses Bowie’s “Heroes” for a devastating, poignant finish. And despite the strange turn of events, Newton’s character arc is really quite simple: the alienated man finds new meaning in life and must confront the reality that his newfound hope may be taken away yet again.