Bloomberg has revealed the identity of the person who purchased the lone copy of Wu-Tang Clan’s album The Wu – Once Upon A Time In Shaolin. It’s none other than Martin Shkreli, the douchebag CEO of Turing Pharmaceuticals, aka the guy who made headlines earlier this year after raising the price of a drug used by AIDS and cancer patients from $13.50 to $750 (an increase of 5,000%). Sadly, I’m not making this up.

Turns outs Shkreli forked over $2 million to purchase the album. RZA said the transaction was agreed upon in May, “well before Skhreli’s business practices came to light,” and the group has decided to donate a “significant portion of the proceeds” to an undisclosed charity.

Nevertheless, Shkreli is the owner, and get this: He hasn’t even listened to it yet. “I could be convinced to listen to it earlier if Taylor Swift wants to hear it or something like that,” Shkreli told Bloomberg. “But for now, I think I’m going to kind of save it for a rainy day.”

With Once Upon A Time In Shaolin, RZA hoped to re-establish music as a form of highly prized and sought after art. “The idea that music is art has been something we advocated for years,” explained RZA in an interview with Forbes. “And yet it doesn’t receive the same treatment as art in the sense of the value of what it is, especially nowadays when it’s been devalued and diminished to almost the point that it has be given away for free.”

The 31-track double LP, recorded over the course of several years and featuring guest contributions from Cher, comes encased in a custom-made nickel and silver box and also contains a gold leaf certificate of authenticity as well as a pair of PMC MB2-XBD speakers valued at $55,000. Wu-Tang Clan have placed an 88-year copyright on the album that prevents the owner from mass producing it for commercial sale. Shkreli does, however, have the freedom to release the album for free, but let’s be honest, that’s not gonna happen.

On a side note, Bloomberg reports that Shkreli has also purchased Kurt Cobain’s old Visa card in auction. 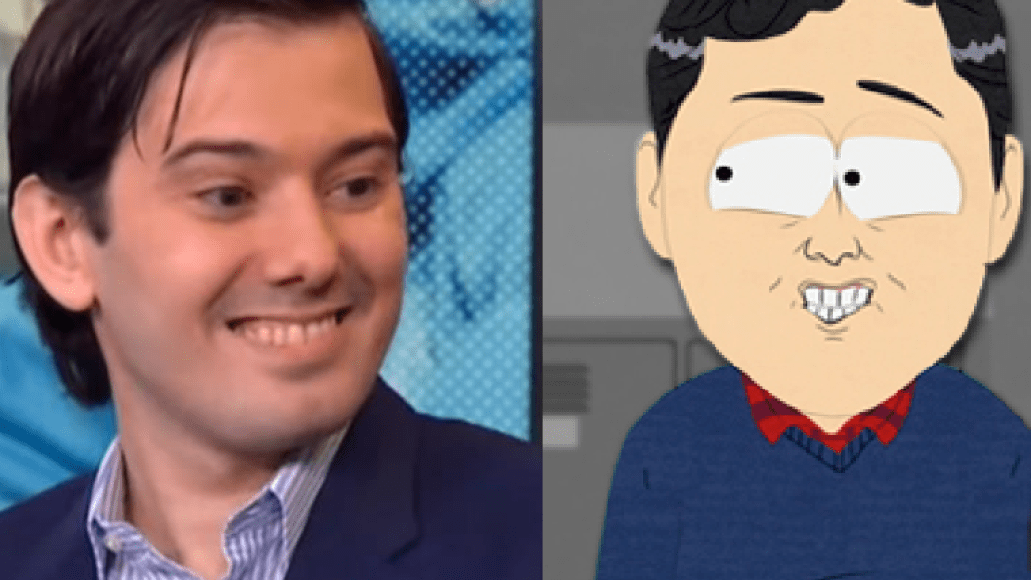