During his headlining appearance at Coachella 2008, Prince covered Radiohead’s “Creep”. However, being that he’s Prince, only fans in attendance were able to witness the performance, as the technophobe issued takedown notices for any and all videos uploaded to YouTube thereafter.

When asked about it in an interview, Radiohead frontman Thom Yorke was dumbfounded at the idea of Prince maintaining copyright over a song they had written, and implored him to reverse his decision. “Really? He’s blocked it? Well, tell him to unblock it. It’s our … song.”

Years later, it appears Prince has finally taken Yorke’s comments to heart. Recently a new upload of the “Creep” performance made its way online, and rather than issue a takedown notice, Prince actually tweeted a direct link to the video. (It helps that the uploader passive aggressively noted Yorke’s comments in both the video’s title and description box, writing, “Copyright reserved to RADIOHEAD, the original authors of this song, who have granted me permission to upload this video through the above remarks. Needless to say, no copyright infringement intended.”) 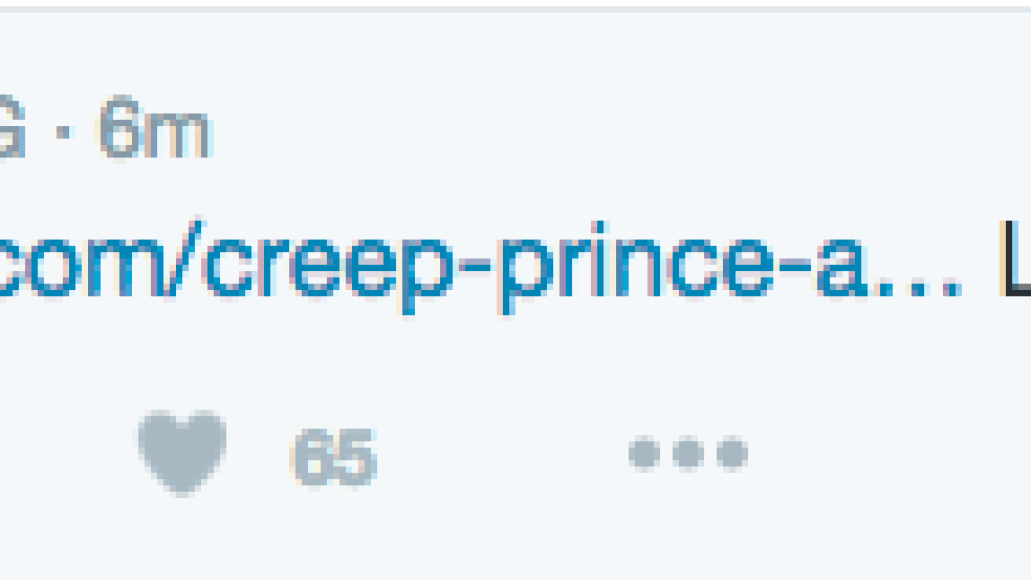 So, please enjoy Prince’s cover of Radiohead’s “Creep”, sans the threat of prosecution, below.

Update – Wednesday, December 16th at 2:05 p.m. CT: Looks like ol’ Prince has once again has a change of heart, as the video has been removed due to a copyright claim by his own NPG Music Publishing.

Prince covered Radiohead's "Creep" at Coachella 2008, and you can finally watch it online