In the midst of what has become an important day for Vince Staples, the Long Beach rapper is as casual as ever, playing NBA 2K and answering questions with the pithy straightforwardness that underscores his best music. “I’m at the house, waiting to get this show done, busting Chris Paul’s ass on the fastbreak right now,” he says as soon as Def Jam label reps usher him onto the phone. After spending the last few months touring the country as an undercard with Danny Brown on the A$AP Rocky and Tyler, the Creator show, Staples has just announced he will be headlining his own 23-city junket in support of his riveting debut album, Summertime ‘06. It’s a big moment, a sign of a healthy fan base for a rapper whose off-kilter first major label outing makes concessions for no one.

Staples talks the way he raps and some details get packed away as asides: Rhythm and Gangsta is his favorite album from Long Beach legend Snoop Dogg; he spent some time living in Atlanta during Gucci Mane’s Wilt Chamberlain mixtape series; he recently talked to Tyler, the Creator about growing up on programming that showcased urban culture — UPN, That’s So Raven, The Proud Family, and One on One, something they agree is missing now. When he receives a compliment, he seems humbled yet still somehow impassive, a side effect of his occasional and unintentional deadpan. It can be difficult distinguishing his jabs from his quips. “People go on Young Thug’s wardrobe, but have they seen what the first rappers looked like?”

As is so often the case with Staples, he’s telling a joke, but he’s also deadly serious. When he speaks, he delivers most sentences in the same tone and cadence, which sometimes makes it difficult to tell if he’s just being frank or trolling. But there aren’t many things more important to the MC than authenticity and honesty, which are some of the reasons he chooses his words so carefully. It’s his word choice and his honesty that make him one of today’s best rappers.

Staples brings real depth to gangster rap: He isn’t a caricature or a hollow villain, and he doesn’t glamorize crime. His debut LP is a personal coming-of-age story that neatly explores the crags of an urban community’s tie to gangs. (Its influences, according to Staples, include American History X and The Andy Griffith Show.) He deals with normal emotions and situations within a very specific, often violent setting, one that he seems to both revel in and revile all at once. “It’s the ignorance of youth,” he explains. “It was fun to know you had a gun. It was fun to know certain things. Not fun. ‘Fun’ is not the word: It was relieving. If you feel like you can’t be fucked with, then you don’t really got nothing to worry about, and worry is a big thing in our community.”

“A lot of people’s only introduction to our community is the news,” he says, frankly. “You see what you see on the news, and of course you’re going to think we’re always unhappy. But that’s not culture. We live in culture, not the bad stories they see on Fox 11.”

Staples himself has recently been misrepresented in headlines as a provocateur of rap conservatives, a concept perpetuated by his openness on Twitter. There has been talk that in some circles he’s known more for what he says in interviews than what he raps. That ridiculous notion is something he can hardly concern himself with. “To be honest, bro, the Internet is not real, and I don’t care,” he says. “They can check my Metacritic score. Then they can eat a dick.

“We get tricked into thinking certain things are important and that certain things aren’t and that there’s a set way to be, and that defeats the whole point of hip-hop, bro.” Staples refuses to buy into the idea that a rapper must do certain things to establish their rap cred. When asked about it, he seems more offended that it’s even a talking point.

“Remember Sandra Bland? I do, too. There are more important things.”

What Staples seems to want more than anything is for people to understand each other. That might be why he’s so blunt and why he communicates so efficiently. He’s constantly looking for the overlap, the space where people or cultures or ideologies share identifiers, and he looks to close the distance where there isn’t any. This plays out both in the content of his music and how he views the process of making music. On Summertime ‘06 opener “Lift Me Up”, he raps, “I feel like Mick and Richards/ They feel like Muddy Waters/ So tell me what’s the difference” — a line about appropriation, influence, and artistry, things he thinks can be hard to tell apart.

“To me, I understand the argument of appropriation — I do feel like it happens — but we’re all people at the end of the day, and we’re all artists,” he says. “We all take from one another. If there’s a piano in a blues or a jazz song, are they appropriating Beethoven? Maybe we need to remove certain things from certain conversations, but maybe we don’t, and I just feel like I love the Rolling Stones, and me loving the Rolling Stones [means] I love Muddy Waters, and that’s what my mother listened to. There’s no difference within all of it.” 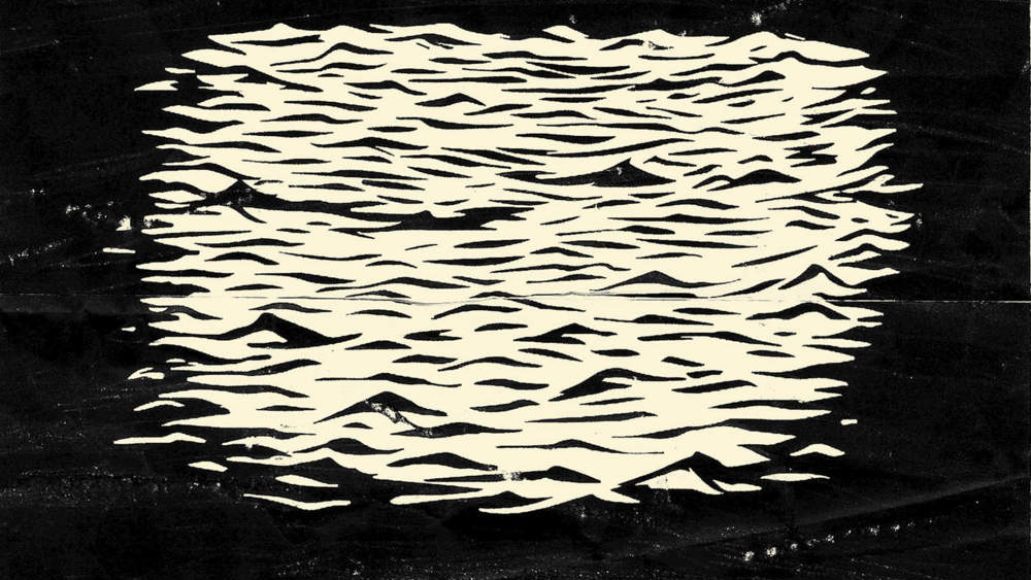 Staples believes these same lines blur elsewhere, too: “The line after that sort of correlates religion with gang activity: Both things burst out of violence and love at the same time. So, what’s really the difference? You’ll die for God, you’ll die for your beliefs, or you’ll die for your religion, you’ll die for your family — it’s all pretty much closely related, and I could be wrong, but I see a lot of common factors in things we try and separate and pit against each other.”

Drawing parallels and constructing analogies are among the rapper’s greatest strengths as a lyricist and street documentarian. He’s very good at finding angles and making connections, viewing everything in and adjacent to his community through a critical lens and addressing disparities with a sharp wit. He has a wide breadth of influences that widen his scope and many seem to exist outside rap’s traditionalist paradigm. “You can’t really gauge or section off what an artist is likely to be influenced by,” he says. “If I tell you that Portishead influenced me more than Nas, am I not a rapper? But if I say that on the Internet, niggas are going to be mad.”

Both of those name drops feel directly relevant to his debut: subliminal nods to artists who helped shape its sound, or at least its creative spirit. Portishead’s trip-hoppy, experimental art rock blends seem like points of reference for Summertime ‘06’s clanging productions, which are remarkably experimental in their own right, and Staples, like Nas, is a meticulous, detail-oriented rapper lining his margins with carefully placed footnotes. He’s a technician whose knottiest rhymes populate phrases with heavy internal schemes, but don’t call him lyrical.

“I think that the word ‘lyrical’ is the most offensive thing you can say [about a rapper],” he says, plainly. “If the song has lyrics, it’s fucking lyrical. 2 Chainz and Plies went to college; I dropped out of high school. Are they smarter than me because of that? Am I smarter than them because of the way the music sounds? It’s just not fair. We gotta stop that.”

On the flip side, the production on Summertime ’06 provides real insight into Staples, what he listens to, and the kind of sounds that attract him. When working with executive producer No I.D., to whom he’s signed (via his ARTium imprint), he had a very particular sound in mind: “He followed my lead. He’s a student of music, so there’s nothing that I could speak on or reference that he would not know about, but it’s all based on my vision.” Staples hints that he, unlike No I.D., isn’t a student of music, and even less so a student of rap, which may come as a shock to listeners first hearing his music. “People would be surprised by one, how little I listen to music, and for two, what I actually end up listening to when it’s time to turn on my plug-in iPod that I lose every five minutes,” he says. “I listen to probably like three or four songs a month. I’m not that much of a listener. But the things that I do listen to are very much in that vein.” It may be why his album sounds like nothing else in rap right now.

But Staples doesn’t seem overly concerned with being “different” or “avant-garde” or anything else for that matter. He doesn’t believe in objectivity in music and thus isn’t all that interested in making music that’s “objectively good.” “I can look at a tree all day and say that it’s made out of wood, but if 200 people come and say otherwise, then I’m the one that’s crazy,” he says. “Music isn’t a thing that’s good or bad; it’s just what you relate to and what you like.”

As is his method, he finds an analogy that makes his point: “Music is music, bro. Joey Bada$$ gets some of the craziest reviews ever, and he is the epitome of what people mean when they say those words, and people love him and his album sold very well, and that’s a very good friend of mine, and I don’t feel like there’s much of a — he loves Lil Herb! They have songs together. So what’s the difference? It’s all music, man. Let’s stop segregating everything.”

Summertime ‘06 is about finding correlations, between the past and the present, between religions and gangs, between the darkness and the light, and it’s easy to see why, listening to the gears turn as he make connections. There’s an analytical mind at the center of his incisive writing, and there’s no signs of slowing — Staples continues to get sharper with each new release. When asked what’s next, he replies quickly: “We’re working. We’re constantly working. Constantly trying to get things done, and we’re just going to go out here and perform this music and try to get it as heard as possible, and hopefully we’ll introduce ourselves to some more people. Hopefully they’re ready for the next record. We plan on being here for a minute, so we’re going to keep it going.” 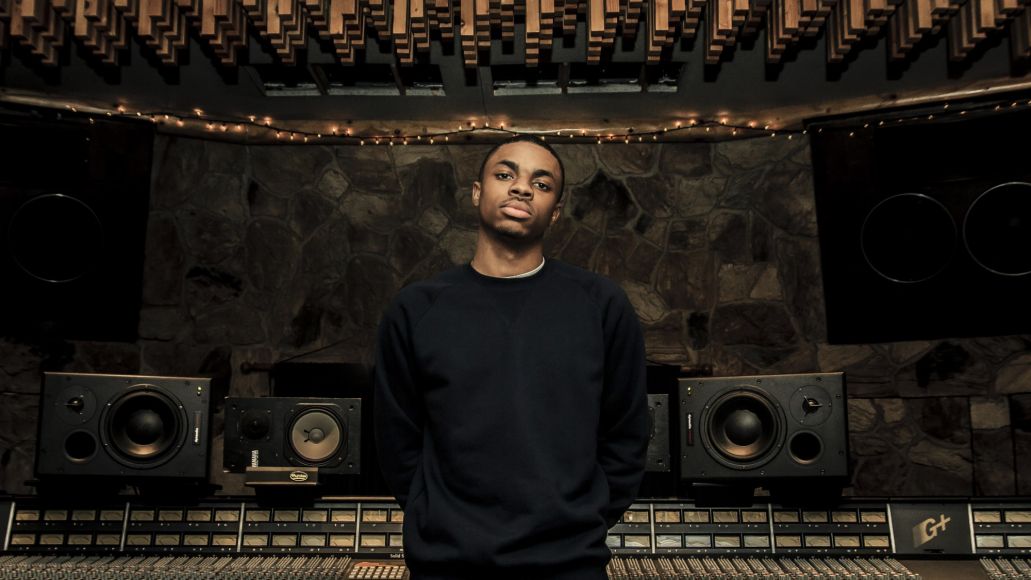 As usual, Vince Staples is connecting the dots, this time from Point A to Point B. On “Like It Is”, he raps, “I gotta be the one/ To do it like nobody has ever done.” He’s off to a good start.

Rookie of the Year: Vince Staples