A few major highlights include exciting new documentaries by Spike Lee (Michael Jackson’s Journey from Motown to Off the Wall) and Werner Herzog (LO AND BEHOLD, Reveries of the Connected World), in addition to feature films by Todd Solandz (Wiener-Dog), Kelly Reichardt (Certain Women), and Asif Kapadia (Ali & Nino).

Other notables include a special premiere of Hulu’s 11.22.63, a new Frank Zappa documentary, and a handful of recent festival favorites including Jeremy Saulnier’s Green Room and Yorgos Lanthimos’ The Lobster.

Consult the full lineup below. In case you missed it, the festival also announced its competitive lineup and its signature Midnight series over the last two weeks. Start prepping, Sundance takes over Park City, Utah from January 21st to the 31st. 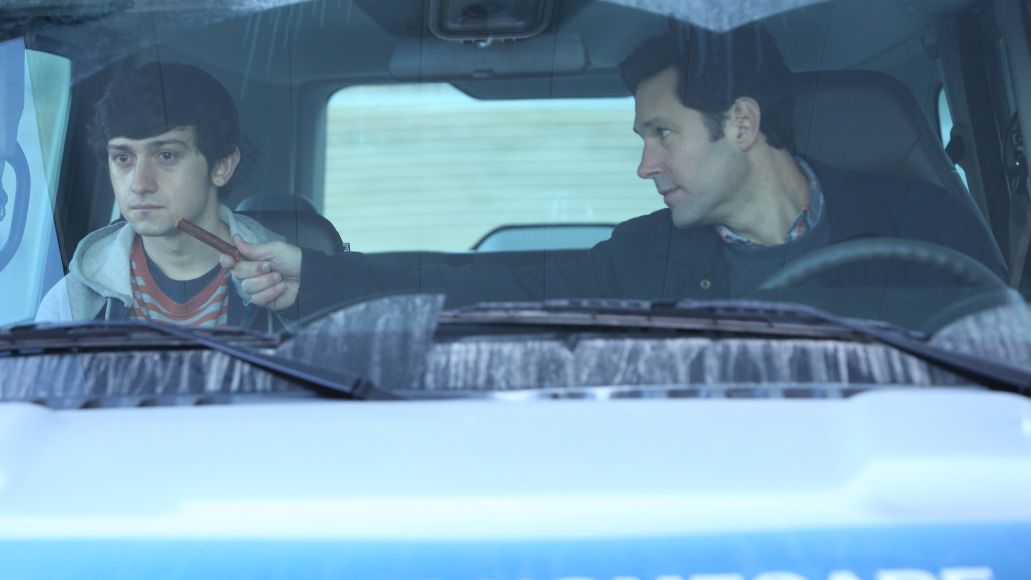 Captain Fantastic / U.S.A. (Director and screenwriter: Matt Ross) — Deep in the forests of the Pacific Northwest, a father devoted to raising his six kids with a rigorous physical and intellectual education is forced to leave his paradise and re-enter society, beginning a journey that challenges his idea of what it means to be a parent. Cast: Viggo Mortensen, Frank Langella, George MacKay, Kathryn Hahn, Steve Zahn, Ann Dowd. World Premiere

Complete Unknown / U.S.A. (Director: Joshua Marston, Screenwriters: Joshua Marston, Julian Sheppard) — When Tom and his wife host a dinner party to celebrate his birthday, one of their friends brings a date named Alice. Tom is convinced he knows her, but she’s going by a different name and a different biography—and she’s not acknowledging that she knows him. Cast: Rachel Weisz, Michael Shannon, Kathy Bates, Danny Glover. World Premiere 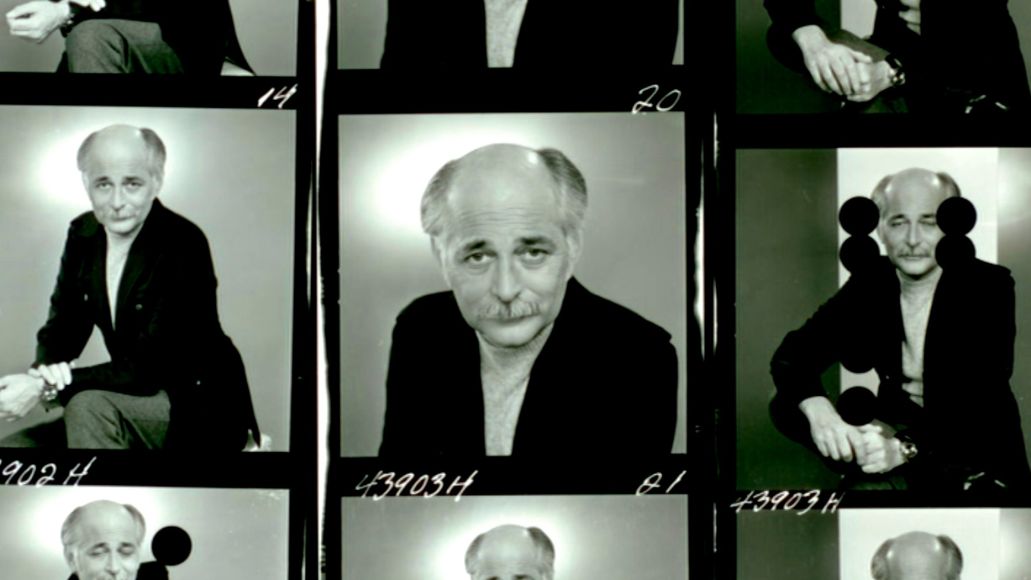 Renowned filmmakers and films about far-reaching subjects comprise this section highlighting our ongoing commitment to documentaries.

Eat That Question—Frank Zappa in His Own Words / France, Germany (Director: Thorsten Schütte) — This entertaining encounter with the premier of sonic avant-garde is acidic, fun-poking, and full of rich and rare archival footage. This documentary bashes favorite Zappa targets and dashes a few myths about the man himself. World Premiere

Film Hawk / U.S.A. (Directors: JJ Garvine, Tai Parquet) — Trace Bob Hawk’s early years as the young gay child of a Methodist minister to his current career as a consultant on some of the most influential independent films of our time. World Premiere

LO AND BEHOLD, Reveries of the Connected World / U.S.A. (Director: Werner Herzog) — Does the internet dream of itself? Explore the horizons of the connected world. World Premiere

Mapplethorpe: Look at the Pictures / U.S.A. (Directors: Fenton Bailey, Randy Barbato) — This examination of Robert Mapplethorpe’s outrageous life is led by the artist himself, speaking with brutal honesty in a series of rediscovered interviews about his passions. Intimate revelations from friends, family, and lovers shed new light on this scandalous artist who ignited a culture war that still rages on. World Premiere

Michael Jackson’s Journey from Motown to Off the Wall / U.S.A. (Director: Spike Lee) — Catapulted by the success of his first major solo project, Off the Wall, Michael Jackson went from child star to King of Pop. This film explores the seminal album, with rare archival footage and interviews from those who were there and those whose lives its success and legacy impacted. World Premiere

Norman Lear: Just Another Version of You / U.S.A. (Directors: Heidi Ewing, Rachel Grady) — How did a poor Jewish kid from Connecticut bring us Archie Bunker and become one of the most successful television producers ever? Norman Lear brought provocative subjects like war, poverty, and prejudice into 120 million homes every week. He proved that social change was possible through an unlikely prism: laughter. World Premiere. DAY ONE FILM

Resilience / U.S.A. (Director: James Redford) — This film chronicles the birth of a new movement among pediatricians, therapists, educators, and communities using cutting-edge brain science to disrupt cycles of violence, addiction, and disease. These professionals help break the cycles of adversity by daring to talk about the effects of divorce, abuse, and neglect. World Premiere

Richard Linklater—dream is destiny / U.S.A. (Directors: Louis Black, Karen Bernstein) — This is an unconventional look at a fiercely independent style of filmmaking that arose in the 1990s from Austin, Texas, outside the studio system. The film blends rare archival footage with journals, exclusive interviews with Linklater on and off set, and clips from Slacker, Dazed and Confused, Boyhood, and more.World Premiere

Under the Gun / U.S.A. (Director: Stephanie Soechtig) — The Sandy Hook massacre was considered a watershed moment in the national debate on gun control, but the body count at the hands of gun violence has only increased. Through the lens of the victims’ families, as well as pro-gun advocates, we examine why our politicians have failed to act. World Premiere

Unlocking the Cage / U.S.A. (Directors: Chris Hegedus, Donn Alan Pennebaker) — Follow animal rights lawyer Steven Wise in his unprecedented challenge to break down the legal wall that separates animals from humans. By filing the first lawsuit of its kind, Wise seeks to transform a chimpanzee from a “thing” with no rights to a “person” with basic legal protection. World Premiere 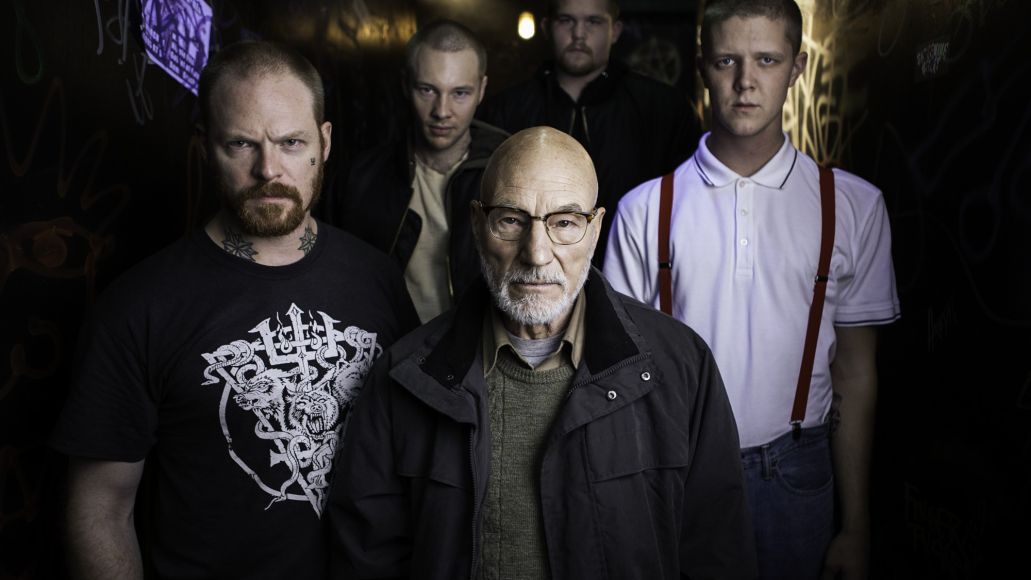 Regardless of where these films have played throughout the world, the Spotlight program is a tribute to the cinema we love.

Land of Mine / Denmark (Director and screenwriter: Martin Zandvliet) — At the end of World War II, a group of young German POWs captured by the Danish army are forced to defuse and clear landmines from the Danish coastline with no training. Inspired by real events, the film exposes the untold story of one tragic moment in Denmark’s history. Cast: Roland Møller, Mikkel Boe Følsgaard, Louis Hofmann, Joel Basman, Emil Belton, Oskar Belton. U.S. Premiere

The Lobster / Ireland, United Kingdom, Greece, France (Director: Yorgos Lanthimos, Screenwriters: Yorgos Lanthimos, Efthymis Filippou) — In a dystopian near future, single people are obliged to find a mate in 45 days or else be transformed into an animal of their choice and be released into the woods. Cast: Colin Farrell, Rachel Weisz, Ben Whishaw, Léa Seydoux, John C. Reilly, Olivia Colman.

Rams / Iceland (Director and screenwriter: Grímur Hákonarson) — In a remote Icelandic farming valley, two brothers who haven’t spoken in 40 years have to come together to save what’s dearest to them—their sheep. Cast: Sigurður Sigurjónsson, Theodór Júlíusson. 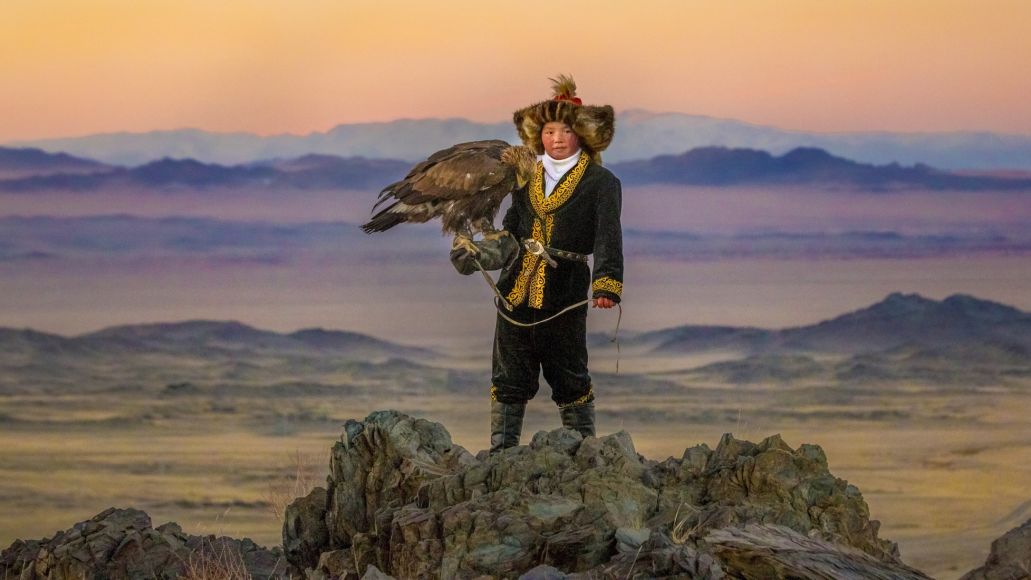 This section of the Festival is especially for our youngest independent film fans. Programmed in cooperation with Utah Film Center which presents the annual Tumbleweeds Film Festival, Utah’s premiere film festival for children and youth.

The Eagle Huntress / U.S.A. (Director: Otto Bell) — Step aside, Daenerys and Katniss—Aisholpan is a real-life role model on an epic journey in a faraway world. Follow this 13-year-old nomadic Mongolian girl as she battles to become the first female to hunt with a golden eagle in 2,000 years of male-dominated history. World Premiere

Little Gangster / Netherlands (Director: Arne Toonen, Screenwriter: Lotte Tabbers) — Rik Boskamp wants a life where he’s not constantly bullied. When he and his family move, the people in their new town think his father is a Mafia boss, and everybody treats them with respect—until a bully from Rikkie’s past turns up. How long can he keep up his lie? Cast: Thor Braun, Henry Van Loon, Rene Van ‘T Hof, Meral Polat, Fedja Van Huêt, Maas Bronkhuyzen. North American Premiere

Snowtime! / Canada (Directors: Jean-François Pouliot, François Brisson, Screenwriters: Normand Canac-Marquis, Paul Risacher) — To amuse themselves during their winter break from school, the kids in a small village have a massive snowball fight. But what starts out as pure youthful fun and enthusiasm deteriorates into a more serious conflict as the children learn the role that love and friendship play in their lives. Cast: Sandra Oh, Ross Lynch, Angela Gallupo, Lucinda Davis, Don Shepherd, Sonja Ball. North American Premiere 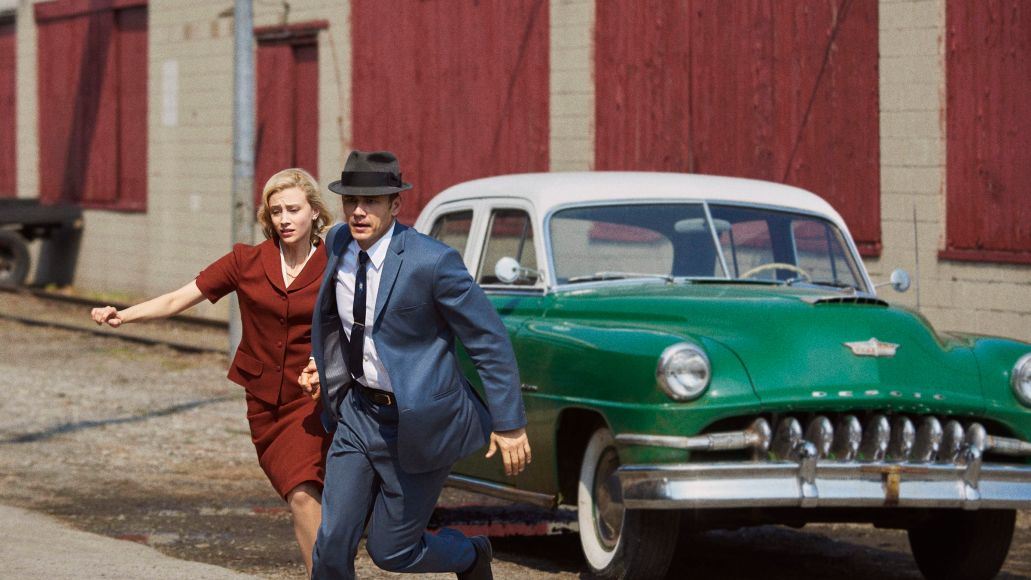 Behind the Scenes of Anomalisa / U.S.A. (Directors: Charlie Kaufman, Duke Johnson, Screenwriter: Charlie Kaufman) — Michael Stone—husband, father and respected author—is crippled by the mundanity of his life. On a business trip, he checks into the Fregoli Hotel. He’s amazed to discover a possible escape from his desperation in an unassuming woman, who may or may not be the love of his life. The Festival will present a screening of the film followed by a Q&A with the creators. Separately, they will speak on a Festival panel explaining their creative process and how they brought their extraordinary film to life. Cast: Jennifer Jason Leigh, Tom Noonan, David Thewlis.

Chelsea Does / U.S.A. (Director: Eddie Schmidt) — This four-part documentary series features Chelsea Handler as she explores topics of personal and universal fascination: marriage, racism, Silicon Valley, and drugs. The Festival will premiere one installment of the series with clips from the other three installments, followed by an extended Q&A with Chelsea Handler, Director Eddie Schmidt, and Executive Producer Morgan Neville. World Premiere

The New Yorker Presents / U.S.A. (Executive Producers: Alex Gibney, Kahane Cooperman, Showrunner: Kahane Cooperman) — A groundbreaking new series that brings America’s most award-winning magazine, The New Yorker, to the screen with documentaries, short narrative films, comedy, poetry, animation, and cartoons from the hands of acclaimed filmmakers and artists. The Festival will premiere the first two episodes of the series, followed by an extended Q&A. World Premiere

O.J.: Made in America / U.S.A. (Director: Ezra Edelman) — This is the story of O.J. Simpson, one of the most polarizing people of the twentieth century, and the city in which he lived for much of his life, Los Angeles. The film explores Simpson’s rise and fall, centered around two of America’s greatest fixations—race and celebrity. The Festival will premiere the full 7.5-hour documentary, followed by an extended Q&A.World Premiere