When Tom DeLonge unceremoniously split with his longtime band Blink-182, the future of the seminal pop punk became unclear. Alkaline Trio frontman Matt Skiba filled in for DeLonge on Blink’s remaining 2015 tour dates, but beyond that, the band admitted to having no plans. Now, though, drummer Travis Barker has confirmed that Blink-182 will continue onward, and even plans to release a new album next year.

Barker announced the news in a comment on his own Instagram post (via AltPress). What’s more, Consequence of Sound has learned that Skiba will be joining the group for the album.

In the same post, Barker revealed that we’ll be hearing plenty of him in 2016. In addition to the Blink record, he said there will be a new LP from Antemasque, the project from Mars Volta/At the Drive-In’s Omar Rodríguez-López and Cedric Bixler-Zavala, whom Barker has drummed with live; two EPs from The Transplants, which features Tim Armstrong, Rob Aston, and Kevin Bivona; and a solo album. Get ready for a loud 2016, Barker fans. 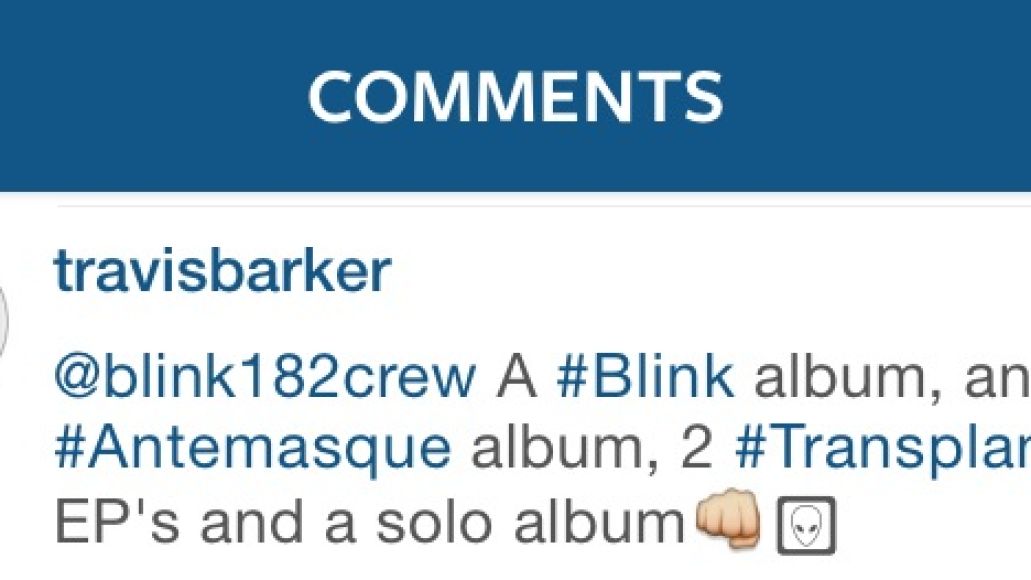