California rockers Best Coast and Wavves have long been closely connected. From nearly constant collaborations to 2011’s joint Summer is Forever tour, not to mention the romantic connection, the bands led by Bethany Cosentino and Nathan Williams, respectively, function as one unit as often as they do separate ones. That will be the case once again when they embark on their Summer is Forever II co-headlining tour early next year.

Yes, the two bands are joining forces once again as they support their latest LPs, Wavves’ V and Best Coast’s California Nights. Throughout February and early March, they’ll travel the country playing “almost exclusively all-ages shows,” according to a press release. That includes stops at major venues like Austin’s Stubb’s, New York’s Terminal 5, and Los Angeles’ Fonda Theatre. They’ll also be bringing along rising Cali rockers Cherry Glazerr, who’ll add to the West Coast rock vibes that will be blasting out of sound systems across the country.

The tour coincides with the launch of Wavves’ new subscription series and the release of a 7-inch single with Best Coast.

Check out the complete tour itinerary beneath the tour poster below. 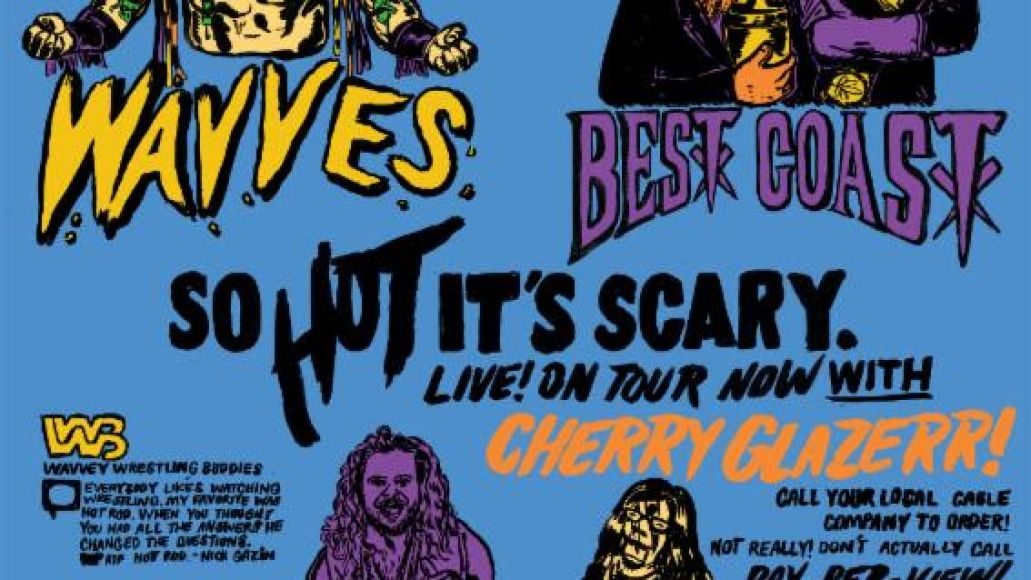