Florida doesn’t have the most spectacular track record with music festivals, but one newcomer on the scene is looking to defy the odds in big, big ways. Soundslinger, LLC is launching the Okeechobee Music & Arts Festival from March 4th – 6th in Okeechobee, FL, and they’ve set themselves up for an impressive inaugural event.

Not many first-year festivals could nab a headlining trio like Mumford and Sons, Kendrick Lamar, and Skrillex, but that’s what Okeechobee has. Some of the other 100-plus artists performing across the five stages include Robert Plant and the Sensational Space Shifters, Ween, Hall and Oates, Bassnectar, The Avett Brothers, Miguel, Future, Big Grams (Big Boi and Phantogram), Fetty Wap, Portugal. the Man, Dr. Dog, Deer Tick, Hundred Waters, Jason Isbell, Grace Potter, Youth Lagoon, Booker T. Jones, Shabazz Palaces, and many more. Mac Miller was even just added to the bill.

Even better, they’ve secured Miguel to headline the first-ever PoWoW! collaboration. Paul Peck, Soundslinger co-founder and one of the masterminds behind Bonnaroo’s SuperJam, is helping Okeechobee put together a once-in-a-lifetime set. “With PoWoW!, we’re cooking up an historic concert,” said Peck in a statement, “the kind where you don’t know who is going to walk out on stage or what will happen next… We’re going to invite fans to submit their ideas for PoWow! to us on Facebook and Twitter, and if we use an idea, we’re going to hook up those fans in a cool way.”

But wait, there’s more: Jungle 51 stage will operate from dusk till dawn with DJs like Damian Lazarus, Virginia, Marcel Fengler, Anton Zap, and others. Meanwhile, the Aquachobee Beach stage will host Twiddle, Manic Focus, Life on Planets, Jan Blomqvist, and more from dawn to dusk. That means there will be music raging for 24-hours straight.

It’s not often you get the chance to be at an inaugural event that packs this much musical power into three days, so you better take it while you can get it. To help you out, we’re giving away two (2) pairs of General Admission passes — that’s two winners, two tickets each. All you have to do to win is fill out the widget below. Increase your chances by completing basic social tasks like sharing and following.

Winners must provide their own transportation and accommodations. Entry automatically enrolls you in the Consequence of Sound newsletter. 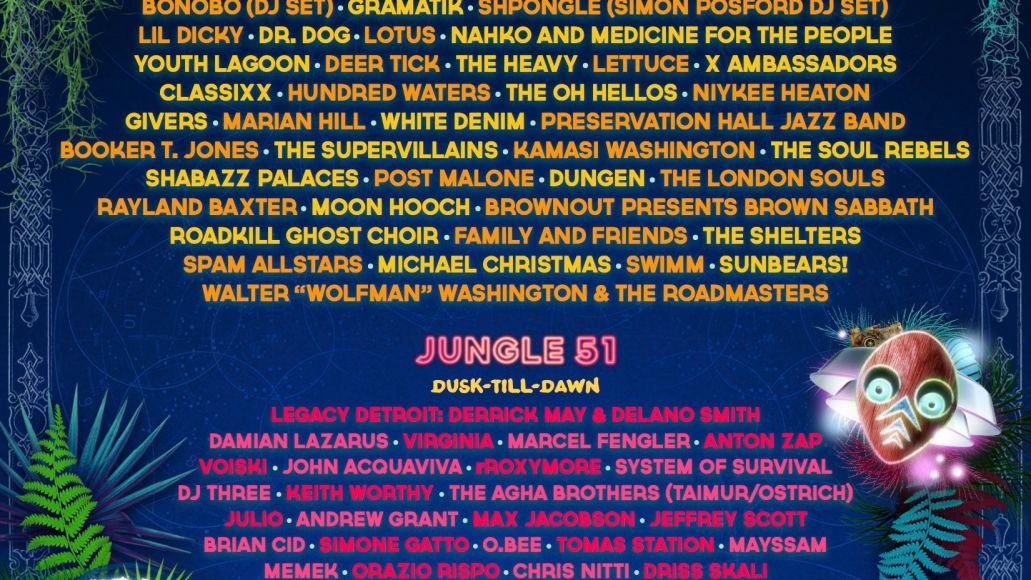