Anderson .Paak needed solutions. The California native saw both of his parents and stepfather sent to prison by the time he was 18, and earlier in his adult life, he, his wife, and his son endured homelessness after he was unexpectedly let go from his job at a Santa Barbara marijuana farm. “When I look at my tree, I see leaves missing, generations of harsh living, and addiction,” he sings in his old-soul rasp on Malibu, his second album as Anderson .Paak. He’s faced uncertainty as a musician, too, but after “Suede”, a song he recorded with beatmaker Knxwledge under the name NxWorries, caught Dr. Dre’s ear, .Paak became a significant part of Compton: A Soundtrack by Dr. Dre, making six appearances on the album. Not surprisingly, those songs combined for .Paak’s big break, and now, eight years after deciding he wanted to make music his livelihood, he’s released his best project yet, an affecting album that masterfully marries hip-hop, R&B, and soul.

In an interview with CoS last month, .Paak, formerly known as Breezy Lovejoy, talked about his 2013 Cover Art EP, which featured versions of songs by rock acts like the Yeah Yeah Yeahs and The White Stripes. “I thought that was an interesting concept for me,” he explained. “To not just redo a Stevie Wonder tune or a James Brown tune, but maybe take these beloved white alternative rock songs that I love and do them over, put a little more grease on ‘em and flip the script.” Similarly, Malibu is the result of strong convictions about the role of music in our daily lives and, bigger than that, in American history. “I like Hennessy and record players, Teddy Pendergrass and Sammy Davis,” .Paak sing-raps on the trap-influenced “Your Prime”. That should give you a pretty good idea of the man’s appreciation for music that makes you dance in the club, as well as music that lasts for generations — not that there has to be a difference.

While .Paak is skilled as a singer, rapper, lyricist, and instrumentalist (he used to drum for Haley Reinhart of American Idol fame), he’s also aware of his own limits. He’s said that while some of the songs on Malibu were written before he made 2014’s Venice, he wanted to wait until he had the right circle of collaborators in place to put them together for an album. The teamwork is ultimately what gives the hour-long Malibu its expansive shape; it was made with elite producers (like Madlib, 9th Wonder, and DJ Khalil), instrumentalists (like Pino Palladino, Robert Glasper, and .Paak’s band, The Free Nationals), singers (BJ the Chicago Kid, Sonyae Elise), and rappers (The Game, Talib Kweli, ScHoolboy Q, and Rapsody). In pure musical terms, it’s a joy of an album to play all the way through, a radiant blend of styles dense with instrumentation: a blast of horns here, a piano solo or squiggly guitar lick there, with liquid bass lines and hard-smacking drums throughout.

From Compton to Malibu: The New Life of Anderson .Paak

Parts of the album are tighter and more immediate than others. Featuring ScHoolboy Q, “Am I Wrong” is an energetic highlight that, aside from its funky grooves, features horns that keep the song charging unpredictably forward. “Room in Here”, featuring The Game and Sonyae Elise, is the catchiest song of the bunch, an ode to the ecstasy that can happen when lovers find themselves comfortably alone in a room together. “Celebrate” is a tight throwback to ’60s soul, which is not to say there’s anything stale about it. After all, Leon Bridges made it to SNL just last month on the strength of similar sounds.

A song like “Room in Here” could be purely “for the ladies” if it didn’t make .Paak’s own romantic priorities clear. It’s evidence of a defining truth about this album: It’s deeply personal. As .Paak sings on “The Season / Carry Me”: “‘Bout the year Drizzy and Cole dropped, before K-Dot had it locked/ I was sleeping on the floor, newborn baby boy/ Trying to get my money pot so wifey wouldn’t get deported.” It’s not the only song here where he references struggle. Throughout the album, .Paak focuses on the things that will keep him going should there come another time in his life when he has to sleep on a floor somewhere. He reflects on the past that made him the hype-worthy artist he is today and identifies the essential role of honest communication in a long-term romance. “If I could, I’d take you everywhere/ But you know I can’t do nothin’ with you,” he sings on “Without You”, revisiting humbler days. It’s something he had to admit in the moment, not a confession of defeat.

For its lyrical and musical scope, Malibu brings to mind a number of excellent albums, ranging from Stevie Wonder’s Innervisions to, yes, Kendrick Lamar’s To Pimp a Butterfly. Proving himself to be more than a unique voice on a Dr. Dre album (there have been plenty of those over the past quarter century), .Paak seems to be in total control of his talent. It might be a challenge for him to make something as relatable and soulful as Malibu again, but fortunately, the album has the kind of substance that suggests he’s built to last.

Pick up a copy of Malibu here… 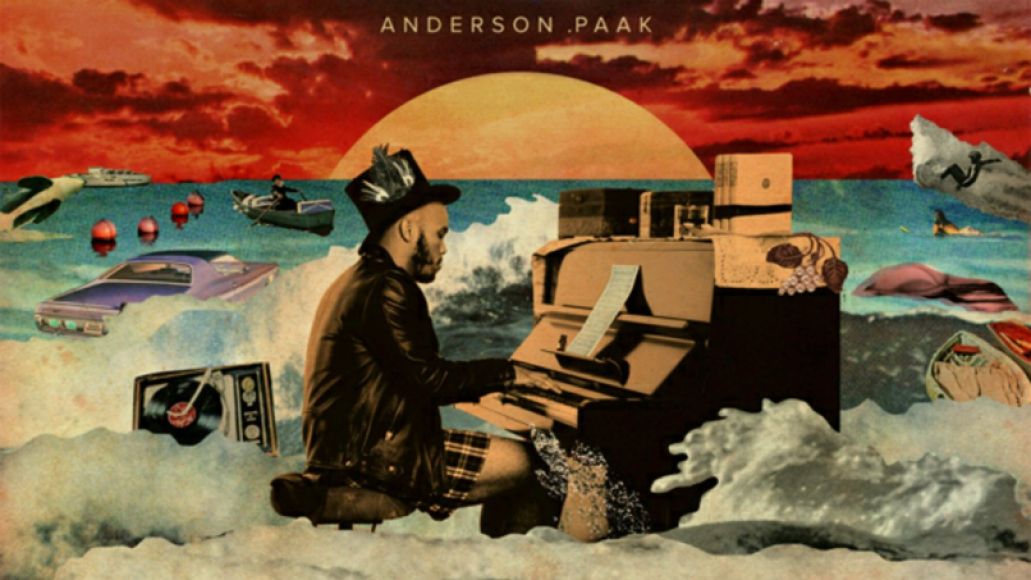 Anderson .Paak's Malibu Is a Masterful Marriage of Hip-Hop, R&B, and Soul: Review