Boston Calling Festival has revealed the lineup for the first of its two yearly festivals. The spring edition takes place in Boston, Massachusetts’ City Hall Plaza over Memorial Day Weekend (May 27th – 30th).

Other acts include Miike Snow, ODESZA, City and Colour, Elle King, Charles Bradley and His Extraordinairies, The Vaccines, The Front Bottoms, BØRNS, Christine and the Queens, Palehound, Lizzo, and Michael Christmas. Festival co-curator Aaron Dessner (of The National) will also perform alongside collaborator Lisa Hannigan. The festival has also added a new, third stage that promises “comedy and other performances” to be announced later.

See the lineup’s announcement video and official poster below. 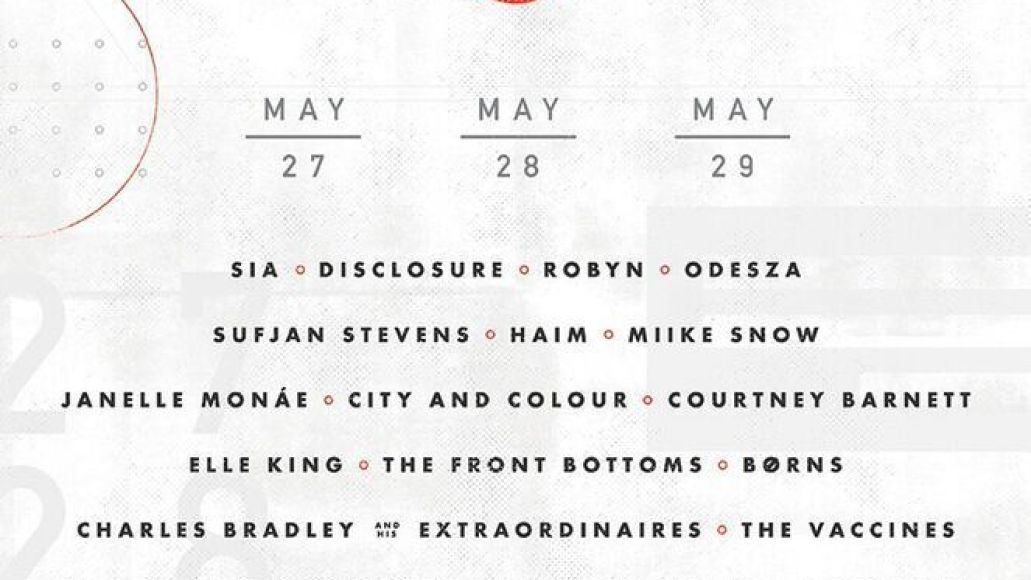