Undeterred by the death of RadioShack, big-box retailer Circuit City is plotting its comeback. The company, which is now under new ownership following its shuttering in 2008, plans to relaunch this June. Its first new store is slated to open in Dallas, Texas.

As tech publication Twice points out (via Engadget), the revamped Circuit City will be specifically “targeted directly at millennials”. The newly designed stores will “include pre- and postpaid smartphones, as well as tablets, notebooks, wearables, networking equipment, gaming products, headphones, drones, 3D printers, health appliances, and DIY devices, all supplemented by a service desk, electronic price tags and touchscreen terminals that link customers with what is envisioned as a million-SKU selection online.”

Though the market isn’t exactly in need of more electronics-minded big-box stores — even after RadioShack’s exit — owner Ronny Shmoel says Circuit City 2.0 received support from major brands like Intel, Sony, and Canon during this year’s Consumer Electronics Show (CES). He hopes to open “50 to 100 corporate-owned stores up and running by next year and, eventually, an additional 100 to 200 franchised locations.” An all-new website is also expected to make its debut online this spring.

Below is an artist’s rendering of a “small-format” Circuit City store, one of many different offshoots in the works. 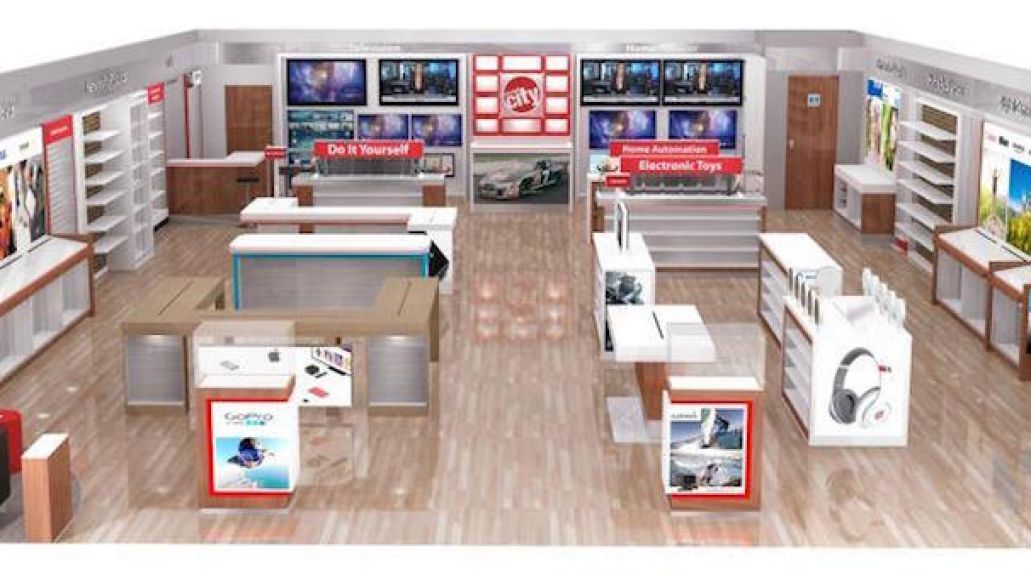 Circuit City to relaunch this summer with an emphasis on millennials