As first reported by Consequence of Sound, Pearl Jam will top this year’s lineup alongside LCD Soundsystem and Dead and Company, the new collaboration featuring members of the Grateful Dead and John Mayer, who will play two sets over the course of the weekend.

Check out the full lineup via Festival Outlook.

As Conan himself pointed out, a majority of the lineup leaked onto the Internet last week, but that didn’t stop the late night host from having some fun with the announcement. “Some of that information was leaked online before we could announce it,” Conan explained. “But there is one appearance at this year’s Bonnaroo that no one knows about … I’m thrilled to announce that appearing at Bonnaroo this year, for the first time ever, are flushable toilets!” 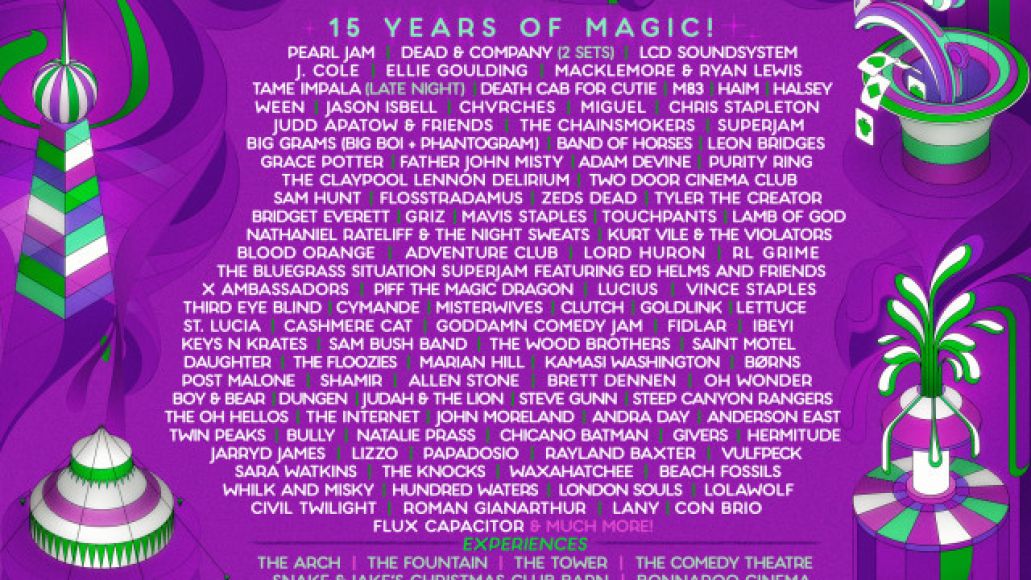