Milk! Records began as a way for Courtney Barnett to get her music out into the world. On the heels of Sometimes I Sit and Think, Sometimes I Just Think, however, the label is now home to one of indie rock’s fastest rising stars along with a number of other hand-picked artists.

On February 14th, Milk! will release a new a label compilation called Good For You. In addition to tracks from Jen Cloher, Fraser A. Gorman, Ouch My Face, The Finks, and East Brunswick All Girls Choir, the album features a new contribution from Barnett, “Three Packs a Day”.

The title may seem like this is a song about cigarette smoking, but the single art (below) hints at the true meaning. Over lighthearted guitar and a pleasantly meandering bass line, Barnett reveals her deepest, darkest addiction: instant ramen noodle soup. “That MSG tastes good to me/ I disagree with all your warnings,” she sings. “It can’t be true/ That they use glue to keep the noodles stuck together.” The readers’ choice for rookie of the year delivers the lyrics with as much sincerity as a song like “Depreston”, affirming that her wit is as strong as her musical skills.

Take a listen to the track, which also features Fraser A. Gorman on harmonica, below. 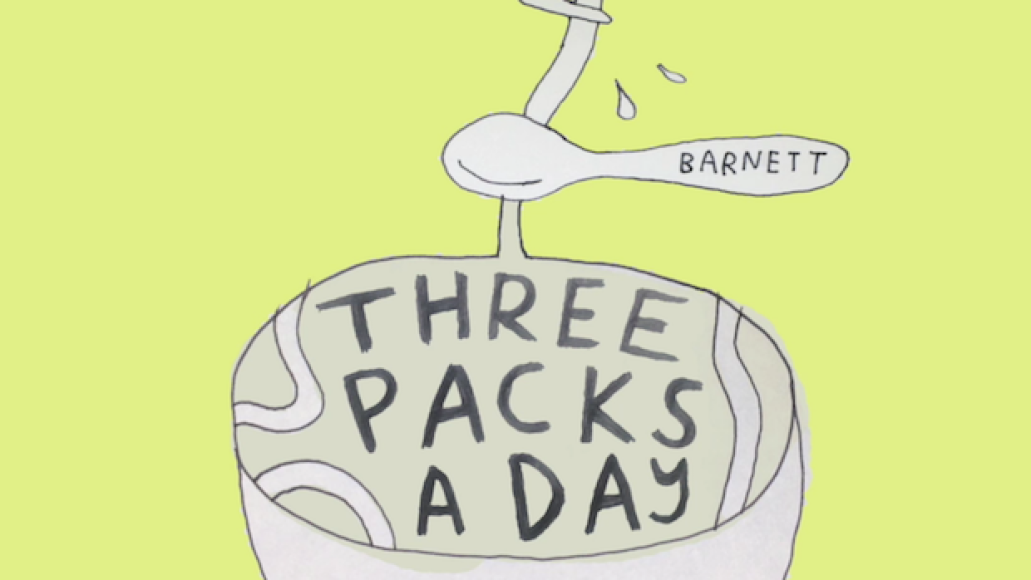 Update – Tuesday, January 12th at 1:10 p.m. CT: Barnett has also announce new US tour dates, which you can find below.