If the last 24 hours have taught us anything, it’s that David Bowie is not dead. His ascension can only be remembered as one of his finest performances. Bowie: the man who made theater of his own death. He’s staged a great escape — hiding in plain sight, more alive than ever. He’s conducting crowds in Brixton to pelt out their best “Starman” into the wet night. He’s soundtracked much of the Planet Earth for a full day and counting. What use is crude matter when Bowie the ethereal and ever-living can make music on this scale?

David Bowie the man, or the man who was David Bowie? He’s gone. Beautiful, resplendent, down-feathered angel of a man – ever cunning, ever clever. He won’t be seen in the flesh again. He’s slinked off into the brush like a tomcat, to spy the chaos below from a safe distance. Those cats who die in solitude, they’re Schrödenger’s lot, daring you to prove their mortality.

The reports that say he died of cancer — do you believe everything you read? It’s just as likely that David Jones the human is still around, living in obscurity. ★ was a parting message, but merely a parting of ways. It’s all in there: “Something happened on the day he died/ Spirit rose a meter then stepped aside/ Somebody else took his place and bravely cried – I’m a Blackstar.” Or, put more simply: “Elvis is English and climbs the hills.”

We can only assume it’ll be a bit jarring for Jones in the days to come. Lonely to not have Bowie by his side. When was the last time we saw him in the wild? Was it in Jazzin’ for Blue Jean? Perhaps that’s the last time they were most separate, yet still together. A real Abbot and Costello, those two.

What must it have been like in ’66? The two of them meeting up to record an admittedly odd collection of songs about gravediggers and man children. Imagine the kinetic presence of that pure moment: conspiring on the transcendence from man into something more. Rejecting the dualities of man and woman, devil and deity, fiction and reality. Their symbiosis was courage. Is courage. Even separate, the past tense is a false thing. Bowie is always the present, and the present is always now.

It takes a truly sly bastard to pull off something the likes of ★. A record of tremendous beauty and power — both emotional and occult. Let the world dig in, connect, and then, as a self-appointed Lazarus, four days from the release, Bowie doesn’t rise from the dead, but from the living. A perfectly staged drama.

Only David Bowie could orchestrate the exact nature of his final act. “His death was no different from his life — a work of Art,” said Tony Visconti, Bowie’s long-time collaborator and one of the few to know what he was planning. Not even his dear pal and recipient of many pet names, Brian Eno, knew what was up. Over the past year, he and Bowie discussed a resurrection of their own: renewed work on their mid-’90s project Outside. The last line of Bowie’s final letter to Eno read “Thank you for our good times, Brian. they will never rot” and was signed “Dawn”. A rebirth in death. Not the end, but a new beginning. 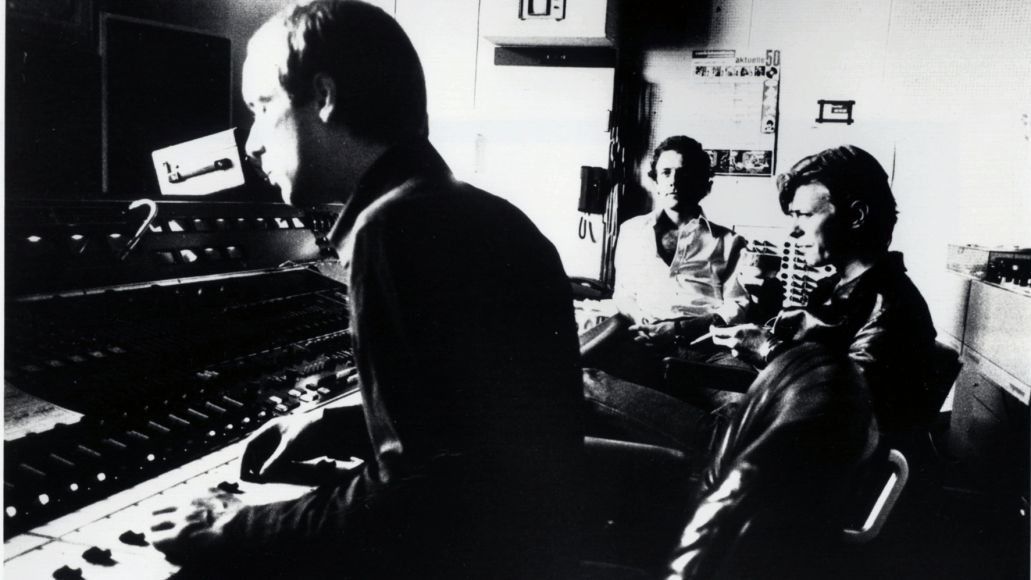 From his previous record, The Next Day, to ★, Bowie takes ownership of his legacy. A strange thing certainly to live such a storied career that your work is admired as though you were already a myth. Case in point, the staggering David Bowie Is exhibition. Surreal, but likewise affirming. The only problem: If you’re a living legend, then your story needs a dramatic ending. When earthbound-deities shuffle off the mortal coil, it’s with a bang.

It’s not in vanity that Bowie presided over his assured immortality, but in the knowledge that his Rock God status doesn’t subjugate; it inspires. Countless wayward alien youth haven’t lined up simply to worship, but to create. In a Music Paper interview in ’97, Bowie unloaded an insightful observation about the intersection of his work and the current state of spirituality:

“The one continuum that is throughout my writing is a real simple, spiritual search. Everything that I seem to have written, in some way or other, keeps refocusing on the idea that in the late 20th century, we are without our God. That what we’re heading for is an era where we have to completely demobilize our religious organizations and reinvent God in some form … in our own new way of life to give ourselves another form of spiritual sustenance. And everything I’ve written is about ‘Who is my God? How does he show himself? What is my higher stage, my higher being?'”

But, Bowie goes on to say, “looking for something outside of ourselves for sustenance, can only lead to depression, I think. We have to find that sustenance within ourselves.” ★ is not Bowie presenting himself as an ascended lord and savior, but it does complete his deification – attaining Parinirvana, the final deathless state, and leaving his earthly body behind. He offers himself completeness in the release of a phenomenal record that stands on its own as one of his finest, most unique works. And, likewise, he offers himself – the Mythic Performer, David Bowie – to anyone who needs him. His legend is bookended. 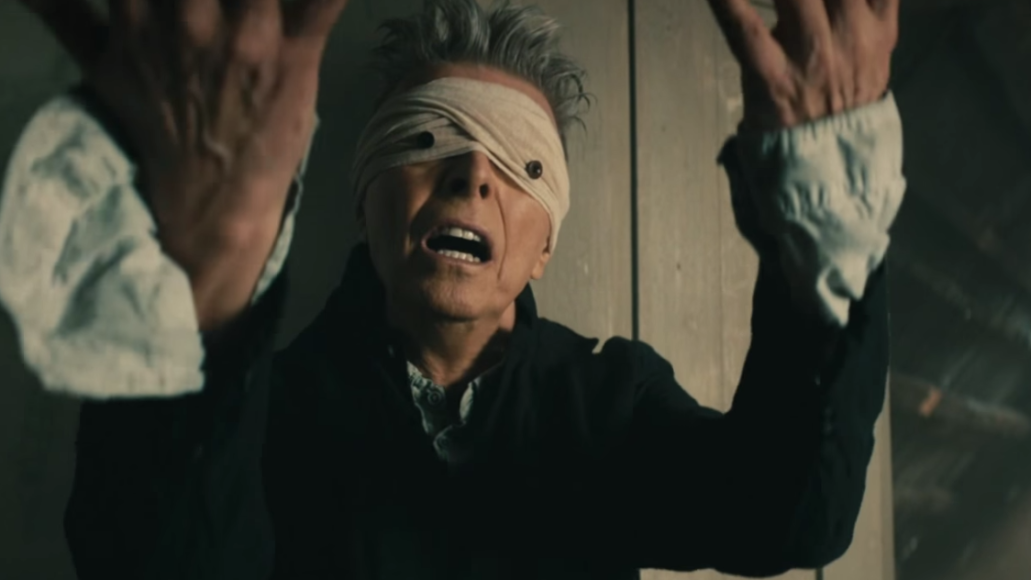 So David Bowie, clad as “Button Eyes” the “tormented blind guy” levitates from his hypothetical hospital bed, and the striped, latter days artist crawls back into his closet. But, like the gaggle of Jim Henson/Brian Froud creatures of Labyrinth, his leaving comes with the caveat of “should you need us…” The daunting legacy of Bowie spills forth at your beck and call, inviting and inspiring, because yes – the Starman never fails to blow minds.

Though perhaps we’re getting ahead of ourselves. This moment, seemingly so carefully conceived, might not be the end. For all we know, there’s still another video lying in wait with the further adventures of Button Eyes, the mysterious Bowl-Cut Girl, and the jeweled skull. Would it truly be surprising if next year, for his 70th birthday, we see Bowie on our screens? “So this is the afterlife? Well … not what I expected, but I like what you’ve done with the place.” The point is we don’t know. In death as he is in life, Bowie is mysterious. He can’t give everything away.

That leaves us with David Jones. He wanted this, but it’s hard not to imagine him like Thomas Newton at the end of The Man Who Fell to Earth. He’s probably feeling isolated, frustratingly unable to prove he ever was an alien, but well kept. It’ll take some time, but this well-deserved break from duality after 50 years has got to come as a relief. Maybe if he really gets an itch, he can get back in touch with Eno and secretly supervise the finishing touches on a posthumous Outside follow-up. But for now, there’s only the bluebird-like freedom he sang of in “Lazarus”, and we can assume a great amount of satisfaction in a job masterfully done.

David Bowie Lives! The Cunning Exit of a Post-Modern Lazarus