More than a collection of songs, live records are, as the name implies, living, breathing things. There’s a presence and energy to them that can’t be replicated. Live music is defined as much by the intangibles as it is the actual songs themselves. The magic is in the energy of the crowd, the stage banter, a broken guitar string, blown vocal, or any of the other strange but wonderful imperfections that mark something happening in the moment. For listeners, there’s also an element of fantasy involved. If you throw your headphones on and close your eyes, you can envision yourself being there. At Folsom Prison, Rock and Roll Animal, and It’s Alive, among many others, do more than simply feed you good tunes. They put you in a very specific time and place.

Artists and labels in the 1970s also understood the power and appeal of a good live record. If nothing else, they offered bands the chance to double up on the songs that have already won them fame and acclaim. For the most part, live records work because there’s already an inroad for them to succeed. The Band didn’t hoard all their A material for Rock of Ages, nor did Bob Marley and the Wailers for their classic 1975 live outing in New York’s Central Park. They just reappropriated their songs for a live setting, allowing fans the experience and opportunity to hear familiar songs in a fun, unfamiliar way. By the 1970s, the industry was churning out live records by, well, everyone. Not only were they a clever way to pad an artist’s record sales, but they were comparatively easy to make. Mic everything, hook up the master recorder, hit record, sequence and master the songs, and boom. 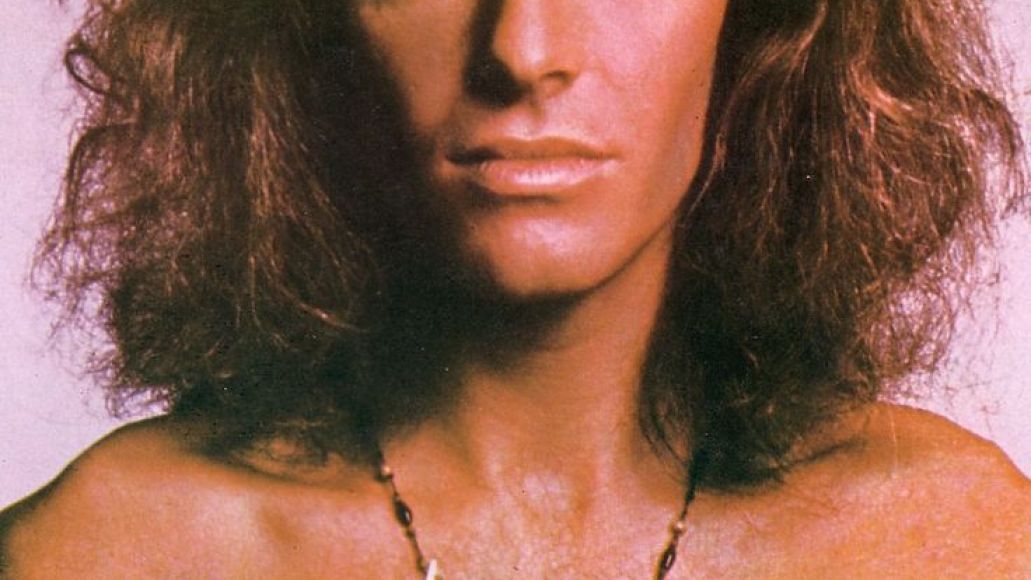 But this all has nothing to do with Peter Frampton. Already something of an industry journeyman by the age of 25, Frampton’s rock and roll backstory sounds like something Cameron Crowe might have penned in an early draft of Almost Famous. He was boyhood pals with David Bowie. By 14, his band, The Preachers, was being managed by Bill Wyman of the Rolling Stones. By 16, his face was on magazine covers as singer of The Herd. At age 18, he formed Humble Pie, with whom he would record four records before leaving in 1971. He also logged studio time with the likes of George Harrison and Jerry Lee Lewis by the time he was 21. The word wunderkind applies here.

This boded well for young Frampton. But while he quickly found success at home in his native Britain, America proved to be a much harder market to slay. After leaving Humble Pie, he rattled off four solo records in short order. His 1972 debut, Winds of Change, boasted contributions from the likes of Ringo Starr. He wasted no time in following up with Frampton’s Camel (1973), Somethin’s Happening (1974), and Frampton (1975) all solid efforts with no shortage of catchy tunes, especially when put in the context of a classic rock era that clamored for big, ostentatious rock and roll. Still, reception to Frampton’s music in America was lukewarm at best. The songs were there, but there was something missing. Fortunately, the singer would find what he was looking for over a quick string of US dates in June 1975.

There’s probably no counting how many shows Peter Frampton has played over the course of his 50 years playing music, but it’s amazing to think that four dates largely define his legendary career. On June 13, 1975, Frampton, touring behind that year’s record of the same name, graced the stage at the Marin County Civic Center in San Rafael, California. The next night he traveled to San Francisco for a show at the Winterland Ballroom. Fast forward to August 24th at the Long Island Arena and again for a show in Plattsburgh, New York in November 1975, and you have the makings for Frampton Comes Alive!

Us fickle Americans had successfully warded off Frampton for some time, but by the time the live record hit shelves in January 1976, fans’ powers of denial were fruitless. The singer rolled out his songs, the same ones that listeners largely met with a shrug just years before, and transformed them into a live masterpiece, one that now 40 years later still stands among the best of all time. While other bands of the era used live records to augment their previous successes, Frampton inverted the paradigm. Frampton Comes Alive! wasn’t a shallow cash grab, even if it did close out 1976 as the year’s best selling record. It was a statement of purpose. Peter Frampton used the live record to announce his arrival to the world, even if he was right underneath everyone’s noses for years prior. 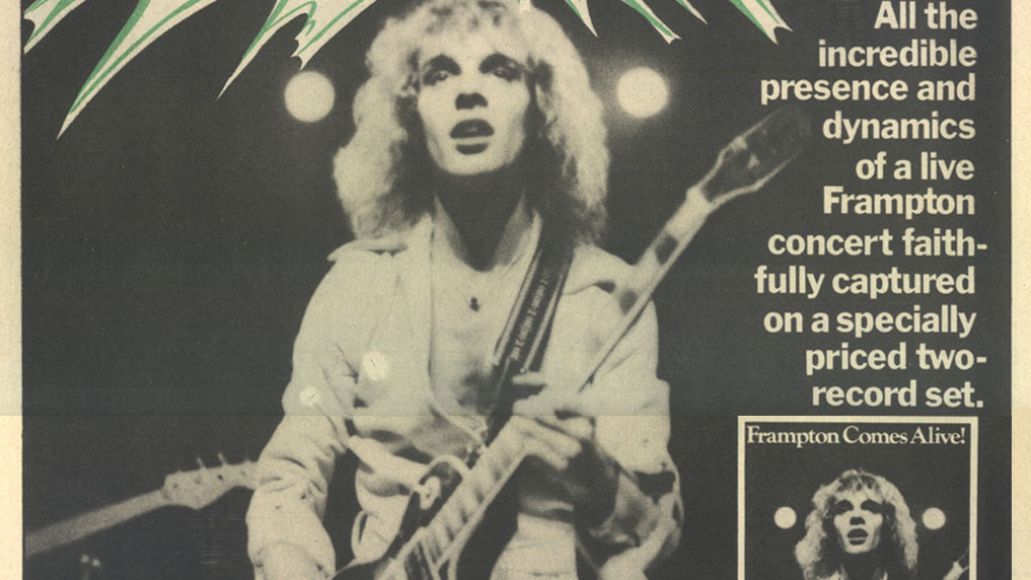 Looking and listening back on the record in retrospect, it’s amazing to see how the sign posts indicating a momentous musical moment were all right there in 1975, even if it wasn’t so evident at the time. The album’s showy, Frampton-centric cover reveled in the grandeur that washed over live records of the era, while Frampton Comes Alive! is similarly the kind of bombastic title bands ranging from Kiss to The Ramones leaned on in the ’70s to sell their records as these packaged mega-events. The record fades in with the excited, anticipatory roar of the crowd, another move cribbed squarely from the live record 101 playbook. But when you bundle all of these seemingly innocuous surface details together into a record that has valiantly stood the test of time the way the record has, there’s a power to it.

The singer might have just been trying to keep pace with the macho chestbeating around him when he decided to call the record Frampton Comes Alive! But he really came alive. From the standpoint of his solo career, everything began here. When the crowd cheers excitedly at the record’s outset, you have to playfully wonder if they on some level knew they were gearing up for a musical event that would still be talked about 40 years later. Doubtful, but that’s nevertheless the feeling you get listening to the record four decades after the fact. Knowing what we know about the record’s impact now with some distance, the small things seem big and the big things that much bigger.

Anyway, the record. If it took considerable time for Frampton to break through in the U.S., it was time well spent. By 1976, Frampton’s live show was a finely tuned machine, and Frampton Comes Alive! is a document of the singer and guitarist in the peak of his fighting shape. Couple that fact with its release smack in the midst of rock and roll’s highwater period, and all the ingredients were in place for something huge. Frampton himself seemed pretty cognizant of the gravity of the moment. Opening the set with “Somethin’s Happening” from the record of the same name, the singer’s lyrics carried a little extra weight on stage. “I see a new way,” he sings. “You’ll be in my play, sing my song.” Talk about premonition.

The record’s three singles made good on Frampton’s words, helping the record to move some six million units in 1976 alone. What’s more telling is how each brought some different sonic tricks to the table. The talk box on “Show Me the Way” quickly became one of Frampton’s innovative calling cards, while “Do You Feel Like We Do” showcased Frampton’s feel for capital C classic rock. When he wanted to cool things down, he had an ace in hand there as well. Even all these years later, “Baby, I Love Your Way” is still heavenly boy-girl fodder, so casual and easygoing you can rock yourself to sleep to it. But Frampton Comes Alive! doesn’t coast by strictly on the strength of a handful of backbreakingly huge singles. 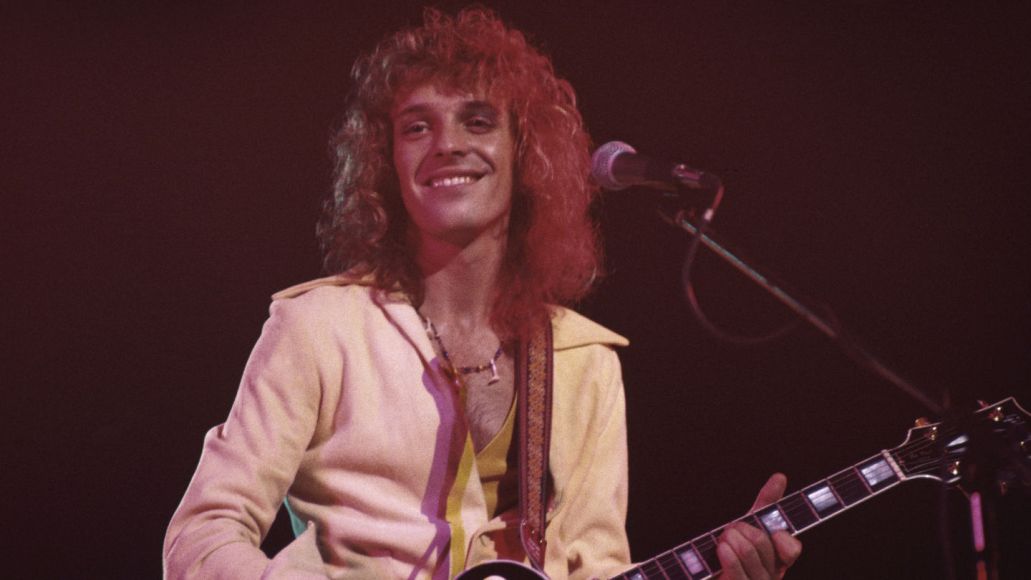 The deep cuts carry their own weight too. Frampton marries soulful funk with some masterful guitar solos on “Doobie Funk”, and he even has the presence of mind to slow down and put his spin on a Stones classic (“Jumping Jack Flash”). “How about some rock and roll,” he asks by way of introduction on ” It’s a Plain Shame” before delivering on the promise. Don’t mind if we do. But Frampton also knows when to slow his roll, as he whispers sweetly in your ear on two of the record’s shorter joints, “Wind of Change” and ” Penny For Your Thoughts”. The songs are solid, but the balance and sequencing give the final product even more heft.

As well as Frampton Comes Alive! has aged over the years, there’s also something bittersweet about it. In today’s Internet-driven age where YouTube has overtaken physical media as our go to fix for live music (in this article alone!), live records don’t carry the kind of power they once used to champion. Is that the worst thing in the world? No, but it does seem increasingly unlikely we’ll see another live record with the same kind of emotional pull as a Frampton Comes Alive! That just makes Frampton’s masterpiece all the more endearing. The 1970s gave rise to a period where live documentation held a special kind of import and power in music, and Frampton gave us one of its finest exports.